You can barely enter a high street electronics retailer these days without being bombarded by the sight of “urban” headphones. The Monster Beats, House of Marley and Skullcandy brands are collectively so prominent and popular that they’ve come to define what a modern populist headphone is all about. It’s no surprise, then, that the usually conservative Sennheiser has struck back with the colourful HD 229 – its urban-scented “Deep Bass Kick” headphones.

While urban headphones lean toward a certain, bass-driven sound signature, what they’re really about is image. They are things to wear while rolling deep with one’s homies, to make you stand out as you check out fly honeys off the starboard bow. Or to whatever it is that trendy folk do these days. 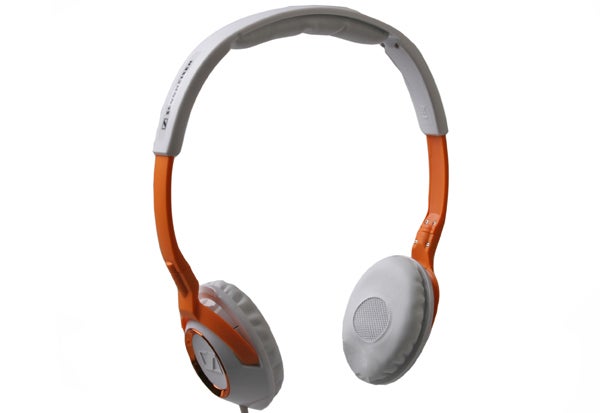 Yes, we’re not taking the Sennheiser HD 229’s urban roots very seriously, because these headphones are a very basic re-reworking of the HD 228 – which have been available for years. The simple white/silver and black/silver colour schemes of these classic on-ear cans have been replaced with white/orange and black/pink. Everything else about the design – the plastic construction, the curves of the cups – remains the same.

The colour schemes, while provocative, very nearly hit the spot. But we can’t help but feel that the chromed pink and orange rings on the back of each cup would look a lot classier finished in the matt orange of the headband stems. The Monster Beats are the most successful urban headphones around, but few that seek to emulate them seem to twig that their designs are actually fairly simple and tasteful. A metallic ring on the HD 228 works, but here it veers towards tacky territory – not what you want in a £60 pair of headphones. 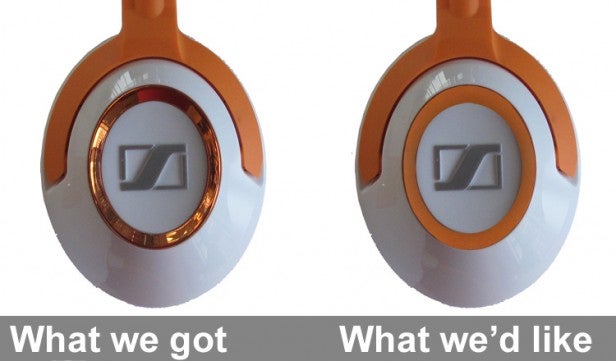 Build quality is, however, good for a lightweight on-ears pair. The headband and earcups are all-plastic, where other pairs employ metal within the headband to give a greater impression of strength and flexibility. High-quality plastic does the job just fine here. The headband offers a good level of resistance and the other movable parts, the hinge above each ear cup that lets you fold the headphones flat, have a reassuringly smooth action.

They weigh just 92g including cable, making them comfortable to wear for extended periods, and we found the light pressure they exert on your bonce strong enough to keep them secured while walking or running. The parts of the HD 229 that make contact with you are soft synthetic leather pads, and the ear pads in particular are very soft and manage to largely avoid heating up your ears too much – as synthetic faux-leather materials often can do. 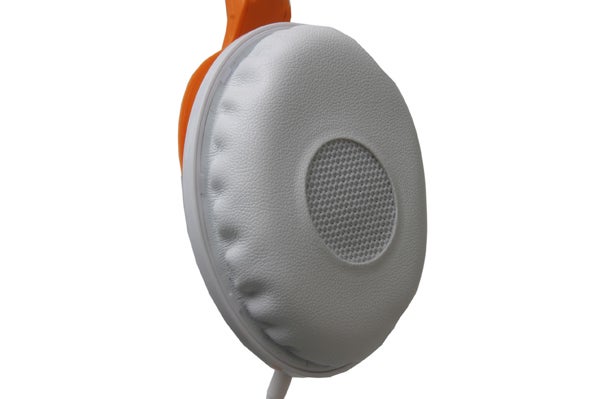 At a glance it may look as though the cable is removable, but it’s firmly stuck into the plastic ear cups. However, it does run down just the one side – a bonus – and ends in a chunky (possibly even too chunky) straight 3.5mm jack.

Sennheiser advertises the HD 229 as having a “Deep Bass Kick”, suggesting that they’re bass-centric headphones like most of their more eye-catching counterparts such as the Skullcandy Lowrider. However, in truth their sound is much more easily defined by its bright, detailed treble and overall warmth. 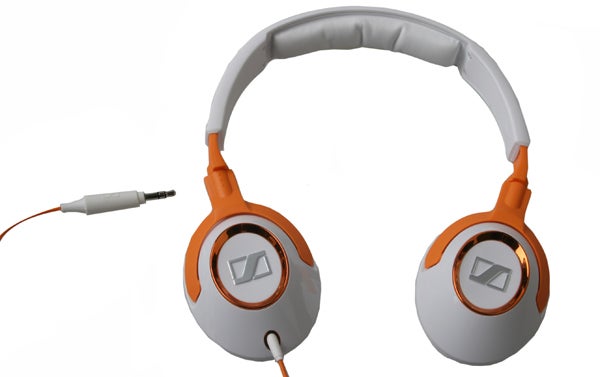 There is bass here, but it’s not a dominant feature. For the most part, we consider this a good thing, as there’s not a hint of boominess to the HD 229. The low-end could extend deeper, though, and those attracted by the claims of bass on its packaging may be disappointed. These earphones actually have a sound among the most delicate of on-ear pairs in their sub-£80 class.

The Sennheiser HD 229 excel in providing plenty of top-end detail without introducing harshness – to an extent that’s impressive for under £100, regardless of earphone/headphone type. This light and insightful sound brings the best results when in a fairly quiet place. The ear pads provide some noise isolation, but not as much as a set of IEMs or an over-ears pair, and the thoughtful sound loses some of its impact when dealing with the intrusion of ambient noise. We took them out for a test drive on tubes and trains on a few occasions, and they cope well enough – but they only shine under less external strain. 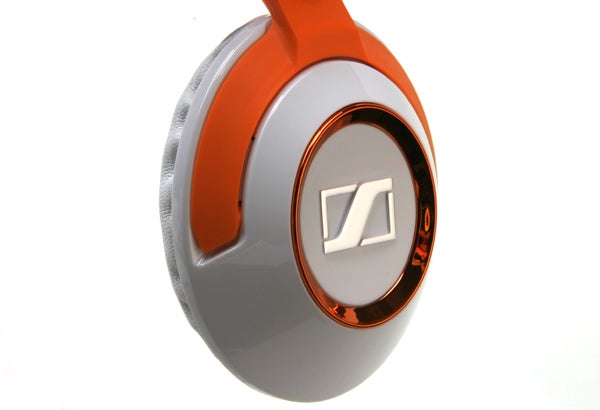 These headphones are rather mis-sold, but we can honestly say we prefer their sound to that of most colourful and loud-looking sets. You may feel differently, however. They offer little of the bombast of the Monster Beats, and if you want that sort of power, the Sennheiser HD 202 are a better buy.

Sennheiser has rather shot itself in the foot in making the HD 229 look quite as much like their sobre-suited cousins, the HD 228. We were unable to find the HD 229 for under £59.99 – limiting the search to reputable retailers, naturally. The HD 228, on the other hand, can be found for as little as £30, and offer pretty-much identical sound and build – as well as a classier look, in our humble opinion. The 229’s may be good headphones, but their sound sign signature is likely not what you might expect, and the price hike for the sake of ‘style’ doesn’t convince us.

Sennheiser’s HD 229 on-ear headphones sound rather different from the norm of brash-looking sets. While they claim to offer a “Deep Bass Kick”, they are actually rather bright and detailed, with a low-end that’s relatively reserved and well-behaved. This earns them a few audio pedant points, but makes us feel that they’re not all that well matched with their intended audience. And when the very similar HD 228 can be snagged for around half the price, their decent performance isn’t enough to earn them our recommendation.