The Sennheiser HD 2.30 are on-ear headphones for people who want decent sound quality, but don’t want to spend Beats Solo money. They’re simple and unassuming – and at £80, they’re a good buy. 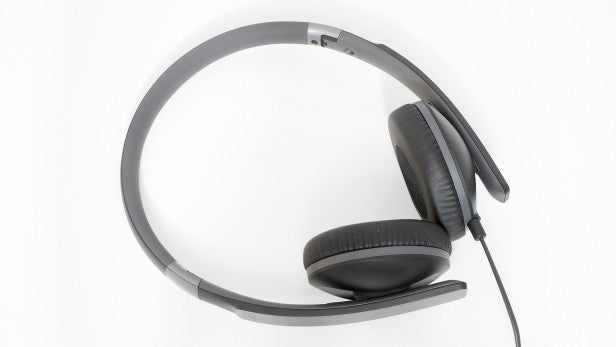 Portable headphones often seem made for the Instagram generation: lots of bright colours and bold shapes. You can count on Sennheiser to offer something a little more grown-up, however.

The Sennheiser HD 2.30 are some of the most reserved on-ear headphones you’ll find on the high street. They’re small, slimline and about as inoffensive as you could imagine.

They’re not style-free, though. I’d describe them as elegant and minimal, rather than plain and boring. For those who like their minimalism a little more striking, Sennheiser also makes a white version with gold highlights alongside the dark grey pair you can see here. 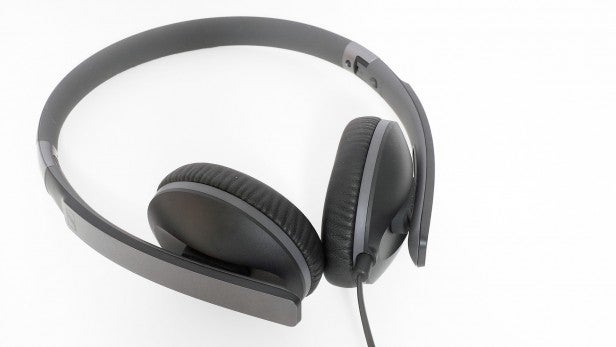 The Sennheiser HD 2.30 are mostly plastic headphones, with a headband that folds in to make this slim pair even more compact. Rather than extending to fit your head, the headband stays in place, with the ear cups moving up and down it instead.

The pads are a much less luxurious take on those on the Bowers & Wilkins P3. They’re on-ear cushions that sit flat on your ears, rather than a ring of foam around the edge of the cup.

The padding is a little thin, which helps keep them close to your head for that low-key look. However, it doesn’t measure up when it comes to comfort. The Sennheiser HD 2.30 feel fine because they’re so light, but after a couple of hours a little ear fatigue begins to set in. If you’re looking for a pair of headphones to wear all day long, check out the Sennheiser HD4.20S – the over-ear alternative to this set. 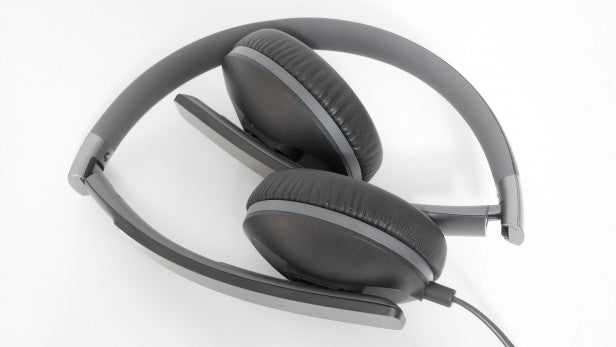 As is the case with the majority of lightweight, on-ear headphones, isolation is only fair. However, I’d still be happy to use these on the way to work. They’re great for uses that will entail an hour or so of listening, such as a journey to work, a run, or a trip to the gym.

Sennheiser makes separate versions for iOS devices and Androids. The Android version is called the HD 2.30g; the iOS the HD 2.30i. The difference is in the remote housing on the cable, since the volume buttons won’t work if you use the iPhone “i” version with an Android phone. Sennheiser caters for older iPhone users here, since there’s no Lightning version yet. All have a 3.5mm plug. 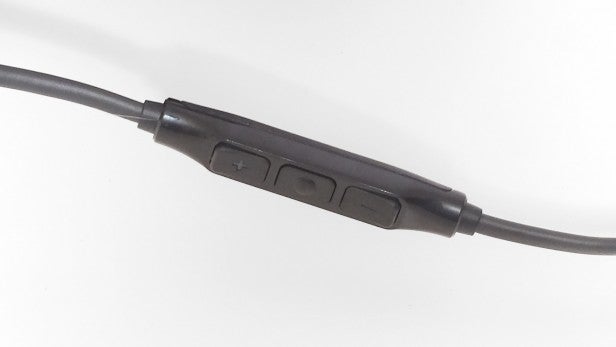 The Sennheiser HD 2.30 display what was years ago considered the company’s “house sound”, which has been less prominent since the Momentum series stirred things up a few years ago. These are slightly boxy-sounding headphones with good mid-range prominence and relaxed, slightly dark-sounding treble.

It isn’t a sound whose charms hit immediately, as soon as you the Sennheiser HD 2.30s on, but like a lot of the higher-end Sennheiser headphones, they’re adept at giving vocals the right weight and prominence in a mix. A lot of pairs at the price aren’t.

There’s a depth to the soundstage here that, like the design, makes the Sennheiser HD 2.30 seem more grown-up than rivals at this price. 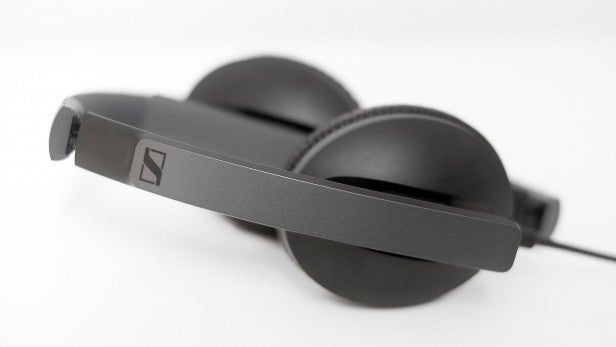 Sennheiser hasn’t rejected all modern conventions of portable headphones, though. The Sennheiser HD 2.30 have a slightly inflated bass, which helps when you’re in noisier environments. In a quiet room, though, the higher bass registers do slightly muddy the mids.

The obvious counter to this is that the Sennheiser HD 2.30 aren’t really meant for listening in quiet environments. They’re street headphones.

No part of the Sennheiser HD 2.30 sound is perfect, but it works and is fairly genre-agnostic. I also found that the slightly bleedy bass, the unambitious treble and slight tonal skew to the mids became less apparent as I continued listening. It’s because they’re all part of a singular sound goal, rather than sticking out as strange tuning mis-steps. Even when dealing with entry-level hardware, Sennheiser knows how to tune a headphone. 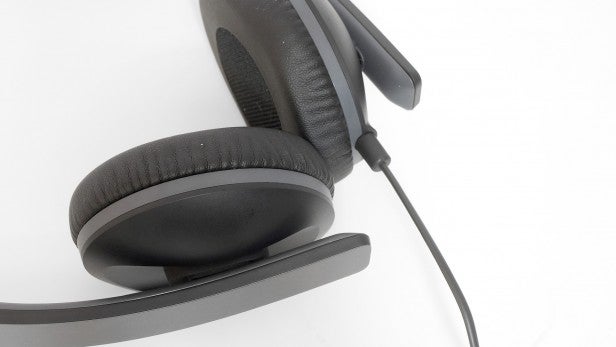 Two other obvious options come to mind in this category, the AKG Y50 and the Grado SR60e. The Grado SR60e are closer in terms of sound signature, and beat the Sennheisers in almost every respect. They’re cleaner, more detailed and better-separated. But they’re also radically less practical; their open-back cups make them useless for listening in noisy spaces, or places where sound leakage is going to annoy those around you.

The AKG Y50 are bigger, and sport a brightly coloured look; although they’re available in black too.
They’re a more fun listen, and are the ones I’d pick as my everyday set of the two, but the Sennheiser HD 2.30’s low weight is better for runners.

A solid, super-light pair of headphones for those who prefer a less gaudy look.