What is the Sengled Snap?

One of the biggest problems with installing a security camera, particularly an outdoor model, is running the cables for power. With the Sengled Snap, you don’t have to worry, since it combines a lightbulb with a camera so that you can put it anywhere you have a light fitting.

Since it draws a maximum of 14W, there are definitely no compatibility issues. With an IP54 rating (it’s rain-proof), the Snap can be used indoors and out too. I’ve reviewed the E27 (screw-in) version, although a bayonet option should be available in the future.

Judging from the pictures alone, I was expecting the Snap to be a miracle of miniaturisation, and little bigger than a standard light bulb. How wrong I was – the Snap is huge, measuring 148mm high with a 121mm diameter. It’s also heavy at 604g. Picking up the Snap by the E27 connector feels like holding a maraca. 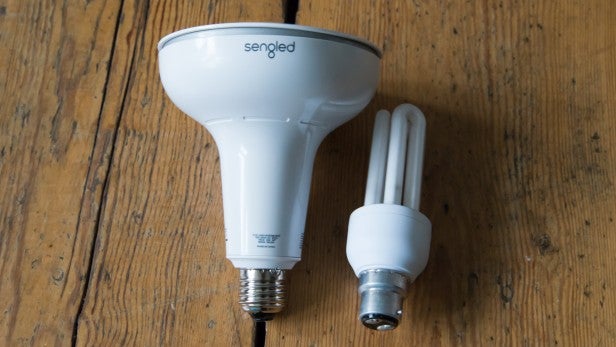 Although the website says that there’s “Easy installation in standard E27 lamp bases”, the manual more sensibly points out that the Snap may not fit all lamp bases since it’s too heavy. In particular, desktop lamps may topple. Similarly, if you want to fit the Snap into an outside light housing, you’ll need to make sure it’s big enough and can take the weight.

You also can’t install the Snap in a light fitting that’s connected to a dimmer or PIR motion sensor; you need a lamp with a simple on/off switch. Finally, since the Snap’s camera needs to be placed in the correct position, once you’ve screwed it into a light fitting the main body clicks round to help you line everything up. 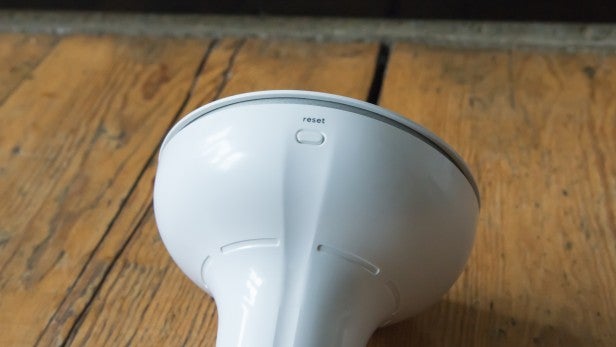 The configuration of the Snap is through the app (Android or iOS). As with most similar smart home devices, you connect directly to the Snap at first, and then configure it to join your home network. I found the procedure painless; I soon had the camera working through my newly created Sengled user account. 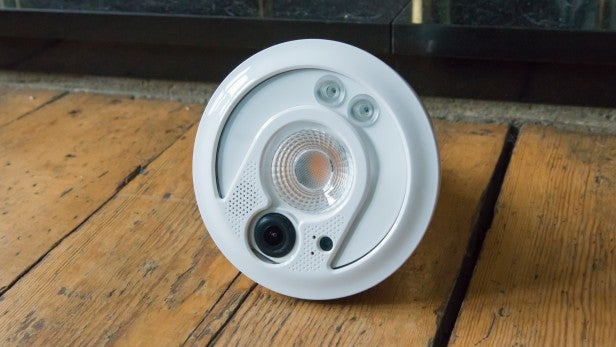 On buying a new Sengled Snap, you receive a free 90-day subscription to the 1-day package. As you can probably guess, this means that recorded video is stored online for just one day.

Once the trial has ended, you can pay €3.50 per month for the 1-day package; €6.50 for the 7-day package; and €18.50 for the 30-day storage. You’ll want to at least subscribe to the 1-day package, since the basic version provides access to live streaming only and disables motion detection. All video packages include 24-hour recording.

The 7-day package will make sense for the majority of people and costs a similar amount per year as Nest’s 10-day storage; the 30-day storage price is a little cheaper than Nest’s similar option.

Sengled has fitted both a microphone and speaker to the Snap, so you can have a two-way conversation with anyone it picks up. It works well and could be useful to scare off a burglar. 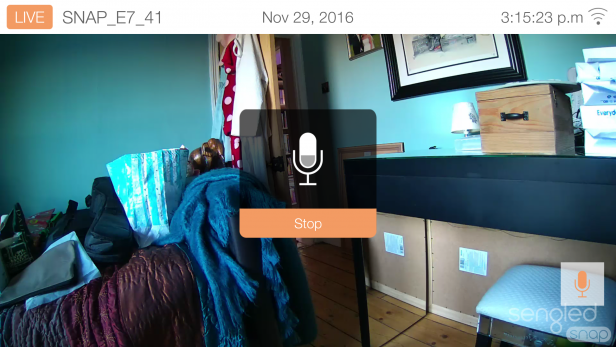 The more I used the Snap and its app, the more I found it wanting. Starting with the lighting option, I was hoping that the Snap could be used as a proper security camera with motion detection to turn on the bulb. Sadly, this isn’t an option, and it’s only possible to set a schedule to have the light turn on and off at specific times. 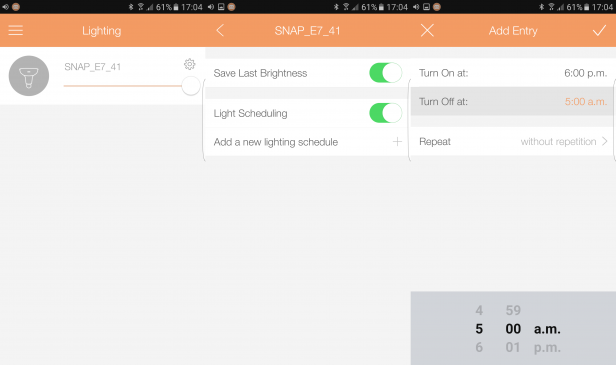 The security camera lets you define up to three motion-detection zones to monitor, which are easy to configure; you just draw a box on the screen with your finger. The camera can notify you when motion is detected, although I had to uninstall and reinstall the app before I received any notifications on my Android smartphone.

However, some motion detection clips ended up cutting out the action; in one clip, I triggered the camera, but the resulting clip just caught a split-second of my head as I passed by. Fortunately, as video recording is constant, it’s easy enough to delve into the full footage to find anything that may have been missed. 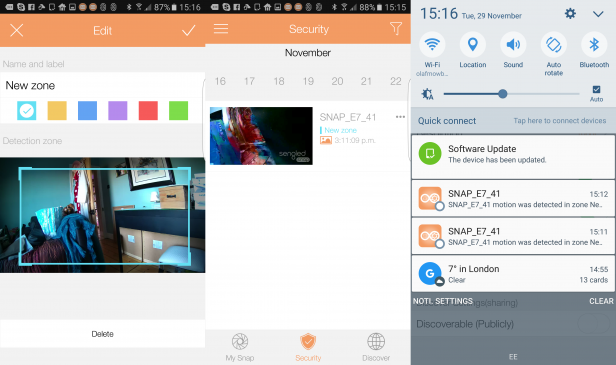 You can also choose to share your Snap’s video feed online, although that seems like quite an odd feature for a security device. There’s no option to disable the video feed, so once the camera’s turned on, it’s recording whether you want it to or not. There’s also no IFTTT channel, so you can’t trigger other actions when motion is detected by the camera.

The Snap records video at a resolution of 1,920 x 1,080 and, according to VLC, between 11 and 23fps, depending on the light level. For the most part, then, the footage looks fairly smooth. Since the camera uses a wide-angle 140-degree lens, it will capture most of a room, or a good deal of the outside.

Although the resolution is comparatively high, the Snap sacrifices image quality to save on bandwidth. I still found it easy to pick out faces, but finer detail is smoothed out. 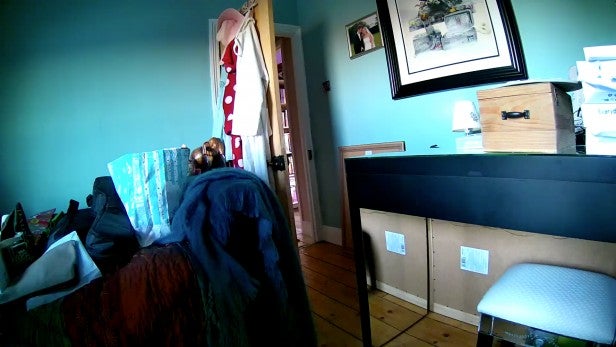 Image quality drops with light levels. When it was pretty dim, the resulting video was very noisy and blotchy, and not a patch on the quality of other cameras I’ve tested. 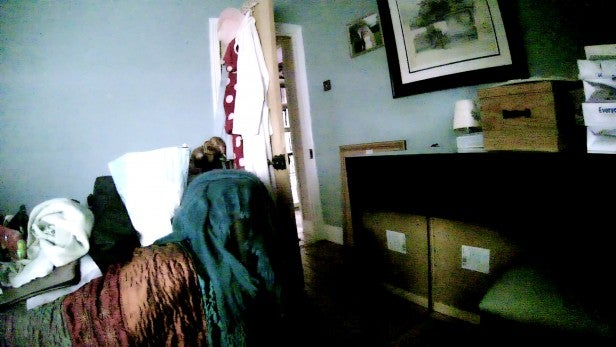 Once it gets dark enough, the Snap turns on its IR lamp so that it can record in complete darkness. Illumination is pretty good, with just the sides of the image looking a little darker. At night, I could pick out faces quite easily. 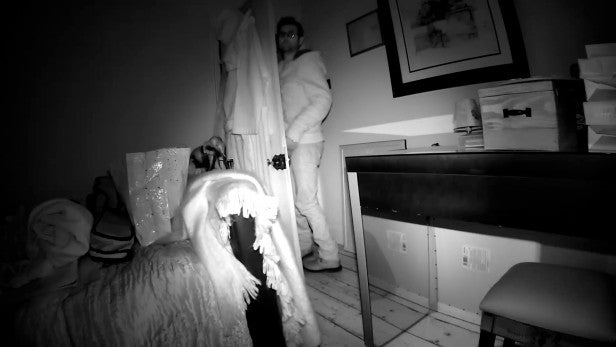 Should I buy the Sengled Snap?

The Snap is certainly a clever idea, and the video footage is generally very good, but the package is let down by a couple of issues.

First, the Snap isn’t that flexible – there’s no IFTTT and no geofencing. Second, and most importantly, the huge size of the Snap makes it tricky to install.

For an indoor camera, the Netgear Arlo Q is a better choice and comes with 1GB of free cloud storage, with recordings kept for one week. For outdoor use, the Netatmo Presence is a better choice, successfully combining a security camera with a motion-sensing light. And, the Nest Cam Outdoors also looks like an interesting choice.

A clever idea, but the huge size of the Snap makes it less flexible than you may think, and the lack of geofencing or an IFTTT channel detract.