With SSDs getting all the limelight, it’s been a while since we looked at good old moving-parts hard drives. But with 3.5in drives offering capacities at least 20 times as high as similarly-priced solid state counterparts, they’re very far from dead. Considering the largest SSD size that’s even remotely affordable is 256GB, those with lots of data will still want a magnetic hard drive, which currently offer as much as 2TB (2,000GB). The first of these to market was Western Digital’s Caviar Green 2TB, which received our Recommended Award. Over a year on, we’re now looking at Seagate’s Barracuda XT 2TB, the first drive to claim SATA 6Gb/s compatibility which the company labelled “the world’s fastest desktop hard drive”. Can it possibly live up to this claim? 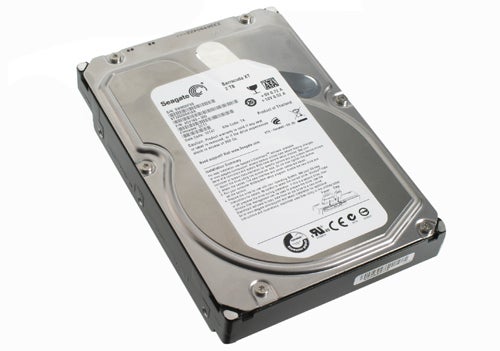 Unlike the WD Green then, which focused on power saving and quiet, reliable operation at the expense of performance, Seagate’s four-platter monster goes for speed over everything. To facilitate this, the Barracuda XT features a whopping 64MB of cache, facilitating top level burst performance and wiping the floor with most competitors that only offer half this. On the other hand its areal density of 368Gb per square inch doesn’t quite match up to the WD Green’s 400Gbits thanks to the latter’s perpendicular magnetic recording (PMR) technology. 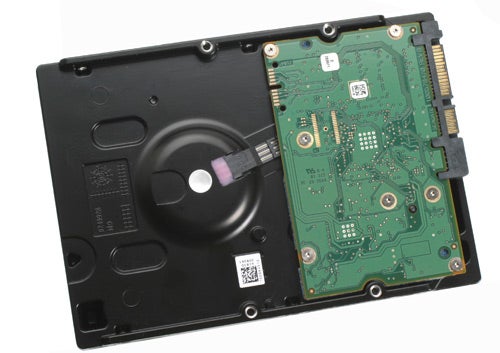 However, it does use the fastest interface available: SATA 6Gb/s. This requires a compatible motherboard like the Asus P7P55D-E Premium, though older SATA II cables can be used as long as they’re shorter than one metre (which most are). Unfortunately, in our preliminary testing for the P7P55D-E we found there to be very little difference between SATA 6Gb/s and its preceding standard, but now you can see all the little nitty-gritty details for yourself, and like us you’re likely to be unpleasantly surprised.

First off, in HDTune we can see the minimal difference between the two SATA standards.

Though the higher bandwidth does result in faster maximum reads, in overall real-world performance the advantage is just not that significant. Even worse, comparing the Seagate Barracuda XT 2TB on SATA 6Gb/s to the older standard on our Intel Core 2/Asus P5E3 test rig, SATA 3Gb/s consistently outperforms the newer and supposedly faster standard.

We’re frankly at a loss to explain this reversal of what one would expect, since if anything the newer board with its more recent firmware should outperform its older cousin on the old SATA standard, let alone the new. The only possible conclusion to part of this puzzle is that the Intel 3Gb/s controller outperforms the Marvel 6Gb/s one regardless of bandwidth.

With the disappointment that is SATA 6Gb/s out of the way, how does the Seagate Barracuda XT 2TB hold up against other magnetic 3.5in hard drives, and does it still have any chance to live up to its outrageous performance claims?

Our PCMark Vantage results finally give us something to get excited about, as this Seagate’s relatively high density, combined with its huge cache and other architectural enhancements make it one of the fastest 3.5in hard drives we have tested. Impressively, it even beats Western Digital’s VelociRaptor in one test, a feat no other magnetic hard drive has managed before.

In our set of Vista boot tests, again the Barracuda XT 2TB leads the pack and even dominates the 10,000rpm VelociRaptor overall, despite spinning at a slower 7,200rpm.

So is the Barracuda XT 2TB “the world’s fastest desktop hard drive”? Not by a long shot. After all, there are plenty of SSDs that will leave Seagate’s monster choking in the dust. However, what it comes close to being is the fastest one we have tested. We say ‘close’ because Western Digital’s VelociRaptor still takes that crown in a majority of scenarios, but given the capacity difference that’s not much of a criticism. Despite hardly benefiting from SATA 6Gb/s’ extra bandwidth then, the Barracuda XT 2TB performs well when it comes to speed, produces a quiet hum in use and never gets more than warm to the touch. 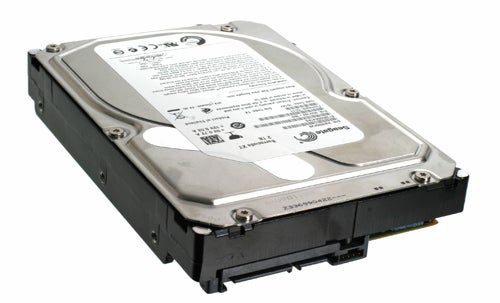 Where the Barracuda falls down significantly is price. Sure, we’re used to paying a premium for new technology, but retailing at around £246 compared to the £115 that will net you a 2TB Hitachi Deskstar or roughly £130 for the cool and quiet 2TB Western Digital Caviar Green, it’s hardly good value. In fact, for the price you could get a small SSD – like the Kingston SSDNow! V-series 40GB – for your main system install and most frequently-used apps, and a decent 2TB drive for all your large files, and still be better off. 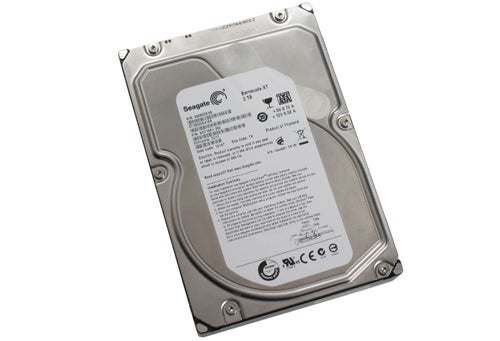 
Offering good performance despite disappointing SATA 6Gb/s results, the Seagate Barracuda XT 2TB is only let down by its high price, which in some cases is twice what the competition demand for similar capacity hard drives.