Seagate was the first hard drive manufacturer to launch a native SATA hard drive with the Barracuda 7200.7 but truth be told it wasn’t particularly fast or impressive. The 7200.8 update was the drive that the 7200.7 should have been, and now we have the 7200.9 which meets the SATA2.5 specification. The headline change is the move from a 150MB/sec interface to 300MB/sec but we all know that this will bring minimal benefit when you are running a single hard drive as 150MB/sec offers plenty of headroom. Instead we should concentrate on the less obvious changes such as the addition of Native Command Queuing which is intended to transfer data more quickly between the hard drive and processor. 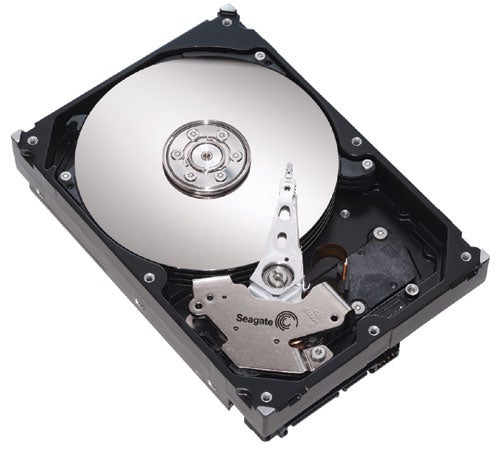 So, most of the changes in the 7200.9 relate to the SATA interface, which means that you need an appropriate motherboard and chipset. Our bitter experience in these matters is that you have to take manufacturers’ specifications with a pinch of salt and it didn’t come as much of a surprise when it became apparent that SATAII drives were invisible to VIA chipsets which supported the original SATA standard without any problem. In the case of the 7200.9 we started by connecting the unformatted 500GB drive to a Windows XP SP2 test PC which was running on an nForce4 SLI chipset and then ran HD Tach 3. The numbers were good and matched the Hitachi 7K500 which we reviewed in August 2005.

We then transferred 4GB of files back and forth between the Windows drive (a Raptor 740) and the Seagate and once again the results were very good but we hit a problem when we came to install Windows on the Seagate so we could run PCMark05. At first the process went smoothly, then the PC refused to start as the drive wasn’t detected. Changing the SATA cable seemed to work but then the drive vanished again, and after that the Windows installation process consistently failed at the point where it examines the hard drive. NForce4 has native SATAII support and doesn’t require drivers to detect hard drives so the fact that this SATA2.5 drive was Absent Without Leave caused some concern.


Seagate told us that the 7200.9 runs at 300MB/sec by default and this may be causing problems. By contrast the SATAII Hitachi is set to 150MB/sec, although you can use a utility on a bootable floppy to change this setting. With the 7200.9 we had to install a jumper that forced the Seagate to run at 150MB/second and after that all was well. The PCMark05 figures were very impressive, but we were unhappy with this apparent issue of compatibility so we ran the same tests on an Intel 975XBX motherboard with i975X chipset and 955XE processor and while the drive performed flawlessly at full speed, the test results were rather confused.

The figures from HD Tach 3 using Intel hardware were essentially identical to the nForce4 system that used the slower interface, however our file transfer test times were significantly slower and PCMark05 was slightly slower.

975X is a new chipset and the motherboard was loaded with an evaluation BIOS so it would be unfair to draw too many conclusions about its performance but it detected the Seagate correctly, and that was the main thing as far as this review was concerned.


When it comes to pricing we could only find three models on sale at present. The 80GB is £54, the 160GB £65 and early adopters will pay £250 for the 500GB. That’s in line with the 7200.8 and the Hitachi 7K500 so we have no complaints there, but our natural instinct would be to buy a small stack of 160GB drives, rather than the 500GB beast, and hope that the enormous areal density of the smaller version boosts performance even higher.


The question of compatibility overshadows the 7200.9 as we expect that storage should plug in and behave, and the idea that a hard drive may ‘disappear’ at any moment is deeply concerning. The 7200.9 is fast, quiet and good value, but its new SATA2.5 features appear to cause problems without offering any tangible benefits at present.