Portable storage comes in all sorts of shapes and sizes. You can go for solid state removable USB keys, currently available up to 8GB in capacity and we’ve also looked at small hard drive versions of the same capacity from Memorex and Iomega . However, these are based on small Compact Flash sized drives, and are limited in capacity and performance.


If you want to go for a larger capacity drive then you might consider a fully fledged external hard disk drive such as this Seagate 400GB hard disk. However, this sort of drives is bulky and requires an external power supply, which seriously hampers portability.


This is where something like the Seagate Portable External Hard drive comes in. It’s a good compromise between the two, being portable yet also offering a decent capacity, with 160GB the largest size currently available. The drive inside spins at 5,400rpm, and has 8MB of cache, as you’d expect of a standard drive. There is a version available that spins at a faster 7,200rpm but that’s only available at a capacity of 100GB. 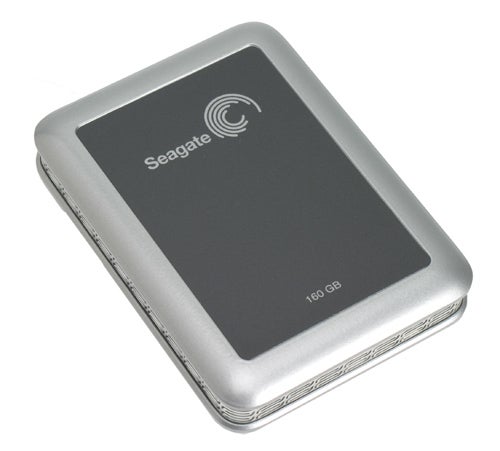 It doesn’t require any drivers to be installed and takes its power over USB. However, as it contains a full sized 2.5 drive internally, as used in notebooks, it requires two USB connections – one for data transfer and one to draw its power. This means that you have to take the cable with you, which is just something else to lose.


In the specifications, the drive is listed as weighing only 29g, though it came out on our scales at 31.5g, going up to 35.8g with the cable. Our scales are from Homebase though, so it’s not exactly atomic accuracy.


The drive’s housing is a very smart affair, with a two tone grey casing with a metallic grille round the sides, giving some airflow. At the rear of the casing is a mini USB socket for connecting the supplied cable. It’s preformatted for FAT32 and plug into Windows XP and it’ll pop up as a drive letter enabling you to drag and drop. As Seagate promises it’s also quite quiet in operation, which is always a boon. A blue light at the front of the drive illuminates when it’s plugged in and flashes while data is being transferred.


The drive supports both Mac and PC but Seagate suggests that you don’t use one drive to transfer files between one and the other. If you do need to do this then the manual suggests that you format the drive for Mac and then go out and buy third party software for Windows that lets you read and write from a Mac formatted drive.

To test the drive’s performance I copied a single large file 3.66GB in size to the hard disk from a PC. However, with a single file steady transfer rates can easily be achieved so I also got together 716MB of images of various sizes. 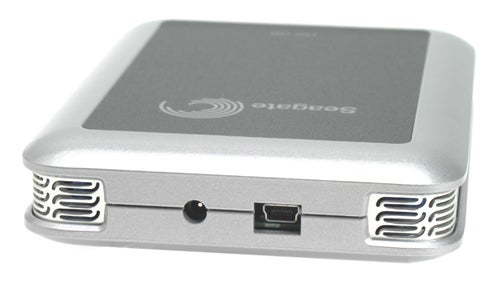 The 716MB of images took 37.4 seconds to write to the drive and 25.9 seconds back to the hard disk. This equates to a write speed of 19.1MB/s and a read speed of 27.6MB/s. These speeds are, not surprisingly, considerably faster than we obtained from the Memorex mini-portable Compact Flash sized 8GB hard drive.


Seagate also supplies a disc containing various utilities. One is a DiscWizard – this installs a Windows Hotfix to enable Windows to recognise drives larger than 137GB if it isn’t already supported and also contains basic tools for running diagnostics on a drives or creating partitions.


BounceBack Express meanwhile is basic backup software, something that that all these types of drives tend to offer. You can schedule backups and it gives you an approximate estimation of the time it will take to do a back up to the drive of your choice – presumably the Seagate, and then displays a progress bar, while an advanced view tells you exactly how many files it has copied and how many it has to go. However, all it seems to do is copy files from one location to another – not really that helpful. If you want to use the drives for regular back-up, investing in your preferred backup software might be advisable.


The drives user guide is also present on the CD, but impressively a paper version is also supplied. 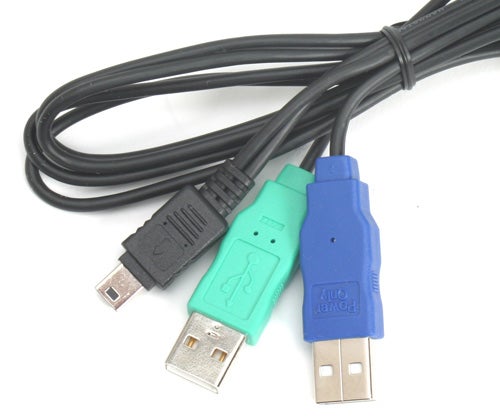 The Seagate then is a straightforward, elegant portable hard drive solution. One thing I felt it lacked though was some kind of security feature. If you need to transport sensitive data and you lose then drive then that information is at risk. Software aside though this is a great value drive especially at the low price if can be picked up for online.


Seagate 160GB Portable External Hard Drive is a smartly housed portable hard drive, with impressive capacity and a decent turn of speed, available at a very reasonable sum. The supplied software could be better, but that aside the Seagate hits the portable nail on the head.