Who here remembers Penny Crayon? When I was just a wee lad, growing up watching Philip Schofield shove his arm up the backside of a gopher on kids TV, one cartoon on early on a Saturday morning used to fascinate me. It told the tale of a school girl – perhaps bizarrely voiced by Hi-De-Hi star Su Pollard – who had a crayon with magical qualities; anything she drew would instantly come to life, leading to japes aplenty.

It’s the kind of concept that can easily allow a mind to run away with itself. If you could literally draw anything and watch it take real life form, just what exactly couldn’t you achieve? Every hurdle life could throw into your path would easily be cleared if you could bring anything and everything into play. Which is exactly where Scribblenauts Unlimited comes in. 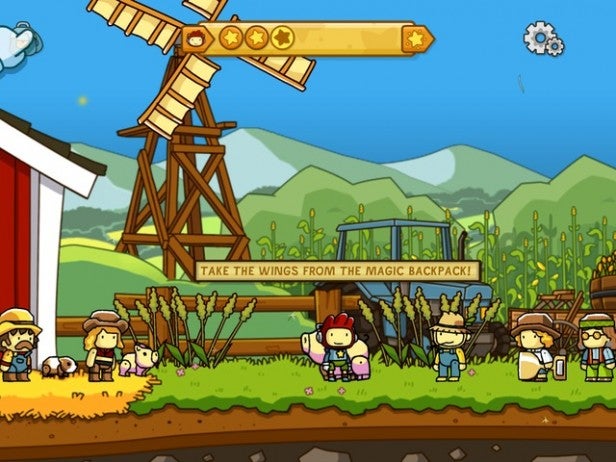 Just like Su Pollard’s aforementioned early 90s cash cow, 5th Cell’s latest – which previously hit 3DS a good few years ago now – hands you the opportunity of bringing almost anything to life, only in this case, rather than draw it, you simply type it out. Want a boat? Just type it in. Want a really big boat? Just tap in those exact words and see what happens. Fancy a clown? It can be done. Want a clown that’s actually decent, and makes people laugh? Pop the adjective “funny” into the mix, just to be sure.

It’s your job to use this amazing ability to do good in the world. Though Scribblenauts Unlimited attempts to justify your actions with a rather convoluted plot that revolves around an almost biblical tale where you give a seemingly starving man a rotten apple as a joke – your sister cursed and turning to stone as a result – in reality all you need to know is it’s your job to make the people you encounter happy. This means typing in an object or person that, in your judgement, helps with whatever problem the folks you run into are facing.

At the first, the game makes it especially obvious just what your end goal is, even if just how you get there is ultimately up to you. An early encounter sees you come across a kid in need of “entertainment”, and it’s all down to you just how you remedy that problem. That aforementioned “funny clown” may be your instant response, though a comedian or even a jester may do the trick – the only way you can find out is to type in all the aforementioned objects and see what works. If you tap in something the game doesn’t have in its databank, it’ll automatically bring up a list of similar objects you can pick from, which itself can lead to fairly hilarious encounters. 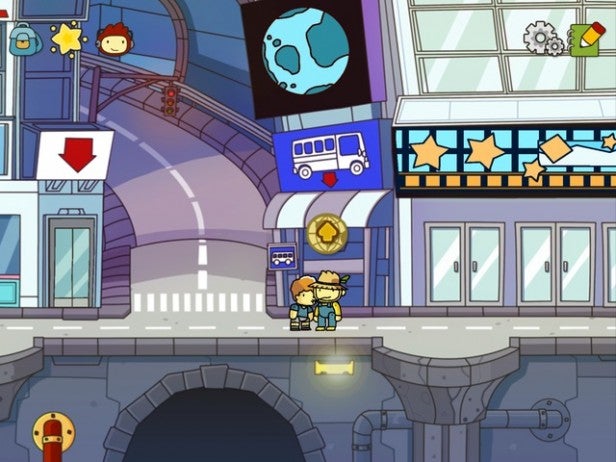 Indeed, there’s no penalisation for creating objects or people that don’t solve any of the challenges in your path – you’re utterly free to create complete nonsense if you like, with the developer purposely flooding the game with all kinds of objects that are seemingly only available for your amusement – though the sheer range of things you can drop into play arguably creates as many problems as it does opportunities.

For completionists, Scribblenauts Unlimited is a tricky proposition if only because you need to be on the same wavelength as the developer to get the most out of each situation. The basic premise is that, for every person you make happy, the game moves you closer cracking the curse placed upon your sister. As such, while you don’t need to meet the needs of everyone to progress what are essentially entirely open levels, it’s frustrating not to be able to piece together just everything Scribblenauts Unlimited wants you to do.

An early encounter with a broken down car, for instance, left me foxed for longer than I’d care to admit. Did I just need to type in “fix” to sort out the mess, or summon an engineer or mechanic to get the car ship shape? Should I try and create some appropriate tools? None of the above many any great impact, until I deduced that a tow truck was what needed. 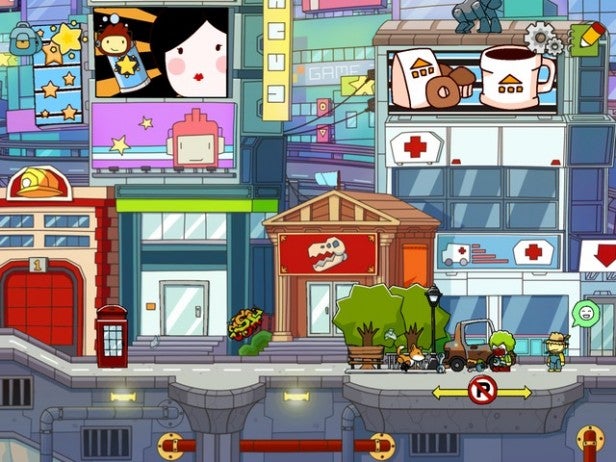 Other folk, of course, may have arrived at that solution far sooner than me, but it remains the case that Scribblenauts Unlimited is so full of possibilities, finding the right one is no easy undertaking. Then again, isn’t playing around with all the pandemonium along the way exactly the point?

Verdict
Something of a unique prospect though actually now several years old, Scribblenauts’ appearance on mobile brings all the charm and inventiveness that hit 3DS originally, but the open nature of its puzzles – where you can create almost any object you like just by typing it – means play is often far too wide to fathom. Nevertheless, the mania that’s created as a result is almost always entertaining.