There are two versions of Nvidia’s GeForce GTX 860M, and Schenker has fitted the GM107 revision inside this machine. It’s got fewer stream processors than the GK104 chipset that’s also shipped as the GTX 860M, but it makes up for that with a higher clock speed. The GM107 included here runs at 1,029MHz, with extra speed available through GPU Boost – the highest speed of any GTX 800M-series chipset.

The GTX 860M demonstrated impressive pace in demanding games. In Bioshock Infinite’s Ultra settings at 1,920 x 1,080 the Schenker averaged 52fps, and in Battlefield 4 at High settings the P304 averaged 41fps. In Crysis 3, the toughest game we’ve tested here, the XMG averaged 37fps with the game at High quality levels. They’re good results that mean any modern game will be playable at high quality levels, and only the MSI has proved faster recently – it could handle Battlefield 4 at Ultra. 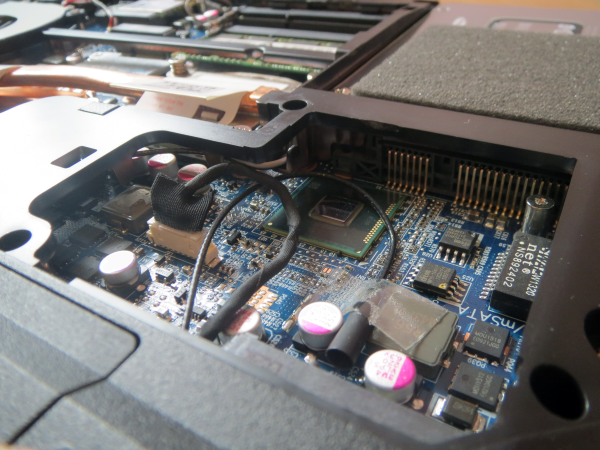 The Core i7-4702MQ scored 5,464 in our PC Mark 7 test – slightly behind the MSI and Alienware machines, but much faster than the Asus. In Geekbench 3, the XMG scored 10,764, which was fourth out of the quartet of systems mentioned here. They’re good scores, but we can see why Schenker has upgraded its machine with the faster i7-4710MQ.

The 250GB Samsung 840 EVO SSD offers stupendous speed. In our sequential read and write benchmarks it scored 502MB/s and 477MB/s – an improvement on the MSI’s 497MB/s and 271MB/s pace. The SSD helps deliver a 15s boot time, which is another reasonable result. The only downside is a lack of space, as that 250GB drive will feel cramped with a few games are installed. Thankfully it’s possible to alter the storage options when buying the P304. 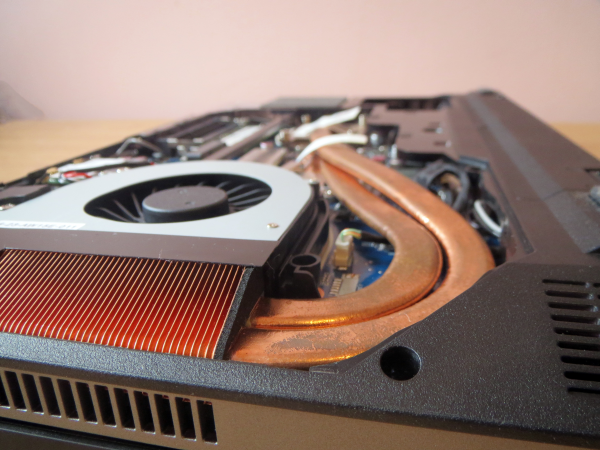 The P304 gets off to a good start, as it ran virtually silently during low-intensity tasks. We didn’t have any problems with heat, either, as the processor and graphics card sat at 47°C and 43°C – fine numbers considering the high-end silicon and cramped internals.

But it all went wrong when we played games. When tasked with top-tier titles, the internal fan kicked into action with a loud whirr that’s easily the match of the loud cooling kit inside the Alienware and MSI machines.

The fan has two modes, with an even louder option reserved for when the components are particularly stressed. We found the XMG inconsistent, too; sometimes it’d make a racket during games, but on other occasions it kept quiet.

The graphics card’s top temperature of 83°C is high, but isn’t a cause for concern, but the processor topped out at 98°C when stress-tested at 100% load. That’s only a couple of degrees short of its thermal limit. At least the laptop’s external surfaces didn’t heat up, with hot air ejected from a vent on the left-hand side. That’s a sensible bit of design that means most people’s right hands won’t get toasted when using an external mouse. 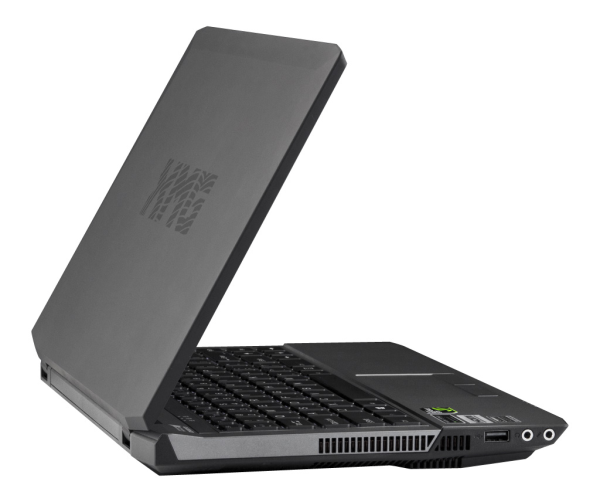 We don’t expect good longevity from any gaming laptop, but the P304’s 8-cell power pack surprised us. Our standard benchmark runs a web browsing and video chat simulation with the screen at 40% brightness, and the P304 lasted for four hours and three minutes – almost an hour better than every rival.

We used Unigine Heaven to simulate gameplay, turned the screen to 100% brightness, and enabled High Performance mode so the laptop could make the most of its Nvidia GPU. In this test, the XMG lasted two minutes short of two hours. That’s almost an hour better than the MSI managed in the same test, but it tells the same story: if you want to play games with the P304 for any length of time, make sure you’re plugged in.

We charged the P304 for thirty minutes and the battery only filled 23% of its capacity. That’s not a good result, and it means only 56 minutes of standard usage – which will equate to about thirty minutes of gameplay.

Used as our main laptop for the review period
Tested for at least a week
Used consistent benchmarks for fair comparisons with other laptops
Reviewed using respected industry benchmarks and real world use
Previous
Schenker XMG P304 Review Next
Keyboard, Trackpad, Options and Verdict Review