The keyboard can be backlit with three different intensity levels, and it’s got a solid base, which means it’s possible to hammer down keys during frenetic bits of gameplay without fear of hitting problems.

It’s a Scrabble-tile unit, and the layout is good, with sensible button placement and a reasonable amount of space between each button. There’s not much travel on each key, though, which meant we occasionally second-guessed whether our button presses registered – an issue during fast-paced games. 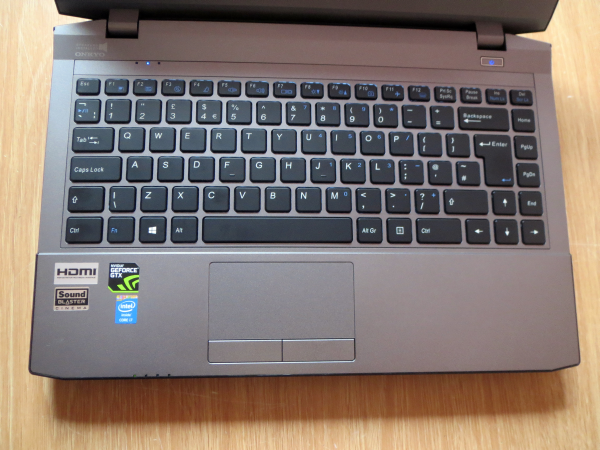 The XMG’s size means that individual keys are smaller than those on the MSI and Asus machines, and there’s no room for a numberpad. It’s fine for non-gaming tasks, and it’s easily good enough for strategy games and other titles that don’t require fast action – although for first-person shooters we’d prefer to use a discrete unit.

It’s the same story with the trackpad. The surface is smooth and the buttons are responsive, but the P304’s diminutive size means it’s just too small for fast-paced gaming – a USB mouse is a better bet. 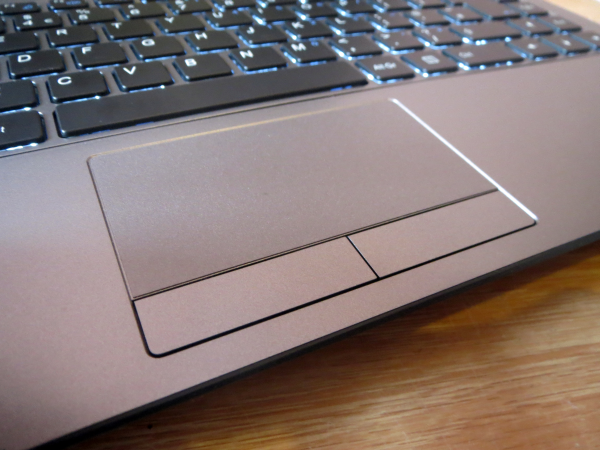 Virtually every component of the P304’s specification can be customised. The cheapest version of this machine costs £665, and you still get the IPS screen and GTX 860M GPU, but you’ll have to make do with a Core i3 processor, 4GB of memory, a 500GB hard disk, a poorer Wi-Fi chip and no OS.

Plenty of components are available in between. There are nine different processors, eight different memory configurations and dozens of storage options, and numerous choices for networking and accessories.

By default the P304 comes with a two-year collect and return warranty that includes parts, labour and shipping, which is generous, and that can be upgraded too. A three-year deal costs an additional £84, and a four-year version is £168. 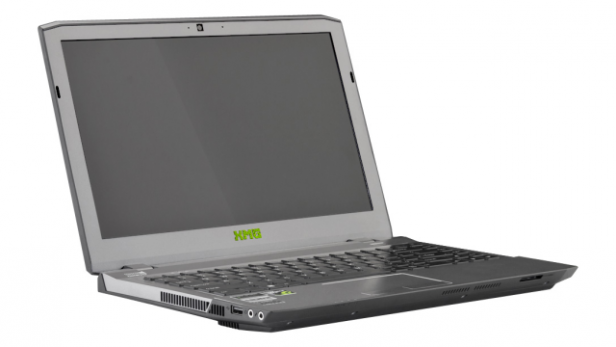 Should I Buy the Schenker XMG P304?

The P304 isn’t as good-looking as its competitors, and it lacks a couple of bells and whistles, but it makes up for its lack of style with a much lower price: this model costs £999, which is at least £300 cheaper than every competitor – and more than £500 more affordable than the Alienware 14.

Despite the lower price, the P304 is slimmer and lighter than the competition, and it’s able to match most of its rivals in games benchmarks. It’s got reasonable ergonomics and a high-quality screen, and its battery life isn’t too bad either – considering it’s a gaming notebook.

The XMG eschews good looks and flashy touches to bring the price down, but it’s got the grunt where it counts thanks to its good power levels and screen quality. Heat and noise is an issue, but it’s not altogether surprising considering its size and and power within it.

If you want a machine to take to LAN parties and are willing to make compromises in peripheral areas, this is a relative bargain.

If you need a more portable gaming laptop but don’t want to pay top dollar for the pleasure, the Schenker XMG P304 is a decent option for you.

Read that? Now read about the best laptops, PCs and Macs from 2014, and explore the latest laptop reviews