What is the Scan 3XS LG17 Carbon Extreme?

Scan’s latest gaming laptop is a combination of all the latest developments in portable gaming tech, with the headline feature being the full desktop version of Nvidia’s GeForce GTX 1080 GPU.

That isn’t the only notable entry on the spec sheet: Scan’s system comes with a 4K screen with Nvidia G-Sync, and it also includes a full-fat desktop processor.

The mobile version of the GTX 1080 is remarkable. I’m used to laptop GPUs arriving with familiar names but underwhelming specifications, but the efficiency improvements in the Pascal architecture mean that there’s virtually no difference between the GTX 1080’s mobile and desktop versions. 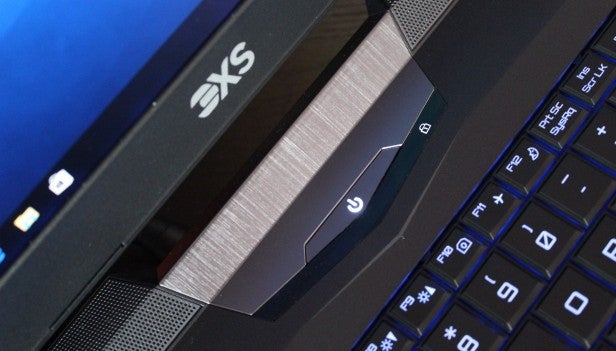 The mobile GPU has 2,560 stream processors and 8GB of 10,000MHz of GDDR5X memory – the same as the desktop card. The mobile version’s base and boost clocks sit at 1,556MHz and 1,733MHz, and Nvidia’s revised GPU Boost means Scan’s laptop dynamically overclocks those figures – so my sample ran at 1,582MHz and 1,771MHz.

This isn’t the first time I’ve seen a laptop with a 4K screen, but it’s the first time a laptop GPU can do justice to that many pixels. It’s a matte panel, and its Nvidia G-Sync works at refresh rates of up to 60Hz. That means the screen’s refresh rate matches the GPU’s frame rate, which results in butter-smooth gaming.

The processor takes its cue from the desktop world. The Core i7-6700K is a chip part that runs at 4GHz, giving it oodles of power.

Scan has included the Core i7-6700K because it’s popular among enthusiasts, and because this particular variant of the chip has higher stock and Turbo speeds than the standard Core i7-6700. However, don’t think about overclocking this CPU – the cooling gear just won’t be able to handle it.

Connectivity is good, with Killer Ethernet and dual-band 802.11ac wireless. There are also plenty of ports: four USB 3.0 connectors and two USB 3.1 Type-C ports, four audio jacks, an SD card slot, and both mini-DisplayPort and HDMI outputs. SoundBlaster audio is included, too. 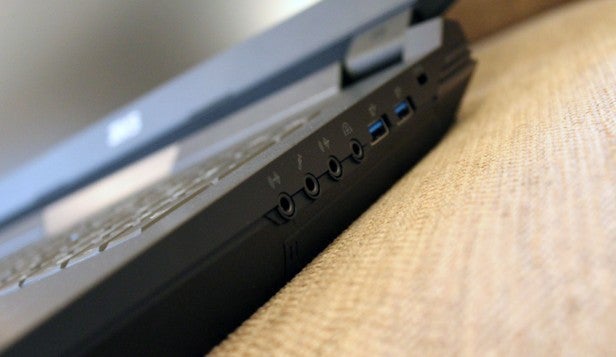 As ever, the specification can be changed. Cheaper Core i5 desktop processors are available, and memory and storage offer huge versatility – they can be cut back to save cash, or made more extravagant. A 1080p screen can be chosen, although I can’t imagine why anyone would.

The Scan’s incredible specification sees it challenge two recent gaming monsters. The CyberPower Fangbook 4 SK-X17 is a 17.3in beast with a GTX 980 desktop GPU, a powerful Core i7 processor, and a Full HD panel with G-Sync. The Asus ROG GX700 is a unique gaming notebook – the 17.3in machine comes with a separate water-cooling module that helps overclock its CPU and GPU.

They’re both equipped with last year’s GTX 980 GPU, but future hardware will see these machines step up, so while the Scan might have a performance advantage for now, comments on noise and build quality will be relevant when comparing it to older models. The new Asus ROG GX800 will be landing later this year and will include two GTX 1080 cards, while the spring will see CyberPower refresh its range with GTX 1080 hardware.

This laptop’s exterior is built by Clevo. Its older efforts were a little bland and flimsy, but this isn’t a criticism I can level at its latest offering.

Build quality is exceptional. The wrist-rest barely moves, and the thick screen hardly budges. As a result, there’s minimal chance for desktop damage; the underside is rock-solid, too.

The Scan’s sheer size is its obvious disadvantage. The Carbon weighs 4.3kg, which makes it heavier than the CyberPower – and larger than the laptop portion of the Asus. But at 39mm thick, it’s slimmer than the CyberPower.
It’s hefty, sure, but I expect that when a laptop offers so much power. I also think it’s a worthwhile trade-off for a system that will largely stay rooted to a desk.

The design looks decent. The middle of the lid bears a Scan 3XS logo, and there’s smart brushed metal near the hinge. There’s more of the same on the inside, with a brushed metal section that holds the power button and the status lights. That’s flanked by two chunky speaker grilles. 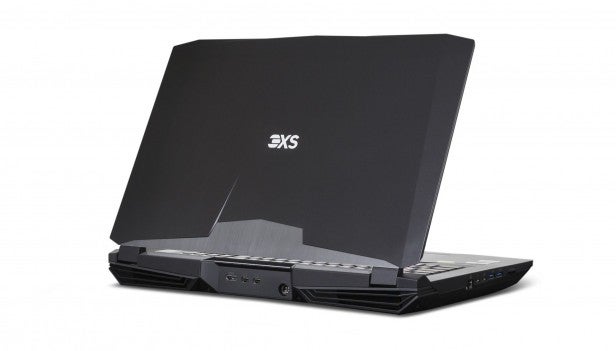 The battery is removable, and the base is made from two panels. The smaller section lifts away to reveal a spare hard disk bay, while the second panel covers the rest of the components and cooling gear.