Way back in September 2005 Spode reviewed the X550 from Sapphire. A budget card, it provided an alternative to integrated graphics, giving a nice boost to overall system performance. It also expanded your connectivity options allowing for dual-monitors and TV-out. Although claims of gaming performance enhancements were made on the packaging it was quite clear that this card struggled to keep up with any (then) current game at anything over 1,024 x 768, so it certainly wasn’t for even the casual gamer. All in all, it was considered a reasonable first step into discrete graphics for those that want a boost in graphical quality and performance but who aren’t going to be playing a lot of games.


Now, over a year later, ATI has renamed and refocused the X550 as a Vista compatible card that will enable even the lowliest of PCs to run the new Aero interface. The result is the X1050.


Many people have been quick to belittle ATI for basically repackaging a three-year old product and marketing it as a significant upgrade. However, at just under £40, it could be all a lot of people want from a graphics card. Giving them a sparkling new windows interface while offsetting any other graphical overheads and providing better video quality – by way of ATI’s brilliant video processing. At a push, it will even play the most modern games, just at very low resolutions and quality settings. 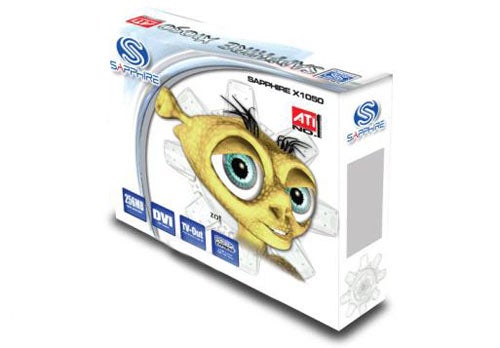 My only gripe with this board is that in the intervening years Sapphire hasn’t updated their board design, core/memory speeds, or cooling solution. With the modest heat output that a card like this would have, I would have hoped a half height and/or passive solution could have been developed. With recent announcements like the X1950 Pro Dual proving that Sapphire is quite capable of designing boards if needs be, it is all the more disappointing that it’s chosen to keep churning out the same old reference design. Also, other companies like Connect3D and HIS have released silent solutions so it’s evidently more than possible.


Instead, the X1050 remains a full height PCI-E card as big as the X1650 and not much smaller than a 7600GT. The heatsink only covers the GPU core, leaving the memory chips to fend for themselves, and is cooled by a tiny 50mm fan. Admittedly the fan doesn’t actually get very loud but overall the cooler is a pretty half-hearted solution.


Where the X1050, and the X550 before it, really has one up on integrated graphics is the inclusion of three output methods – DVI, VGA and TV-Out are all to be found on this card – which provides for dual-monitor support. This is perhaps not so useful for the home user but is a great asset to the busy office worker.

As this card is aimed at the Vista market I decided to forgo testing on XP and concentrate on performance with Microsoft’s latest and greatest. Also, to ensure we were giving a fair reflection of the type of PC the potential buyer of this card would be using, we used a modest system based on an Athlon64 3400+ with 1GB RAM.


It was immediately obvious that the X1050 had no trouble dealing with Aero and it was a pleasure to use flip 3D, taskbar thumbnails, and all the other goodies therein. So, with that fairly simple test out the way, I had a go at getting through some of our 3D games we use for testing.


While it is no great surprise the X1050 struggled with our games, there was always a playable setting to be found, even if it meant dropping to 640 x 480. Most of the time, turning off the particularly demanding extras like soft shadows and HDR lighting and turning texture levels down to medium resulted in a significant increase in performance. So, where normally we run our tests at the highest settings possible, this time I turned off HDR and soft shadows, where possible, and reduced texture detail levels to medium. Also, I’d normally test with 8xAF and 4xAA but there was no way this card could have coped with that level of IQ, even at the lowest resolutions. 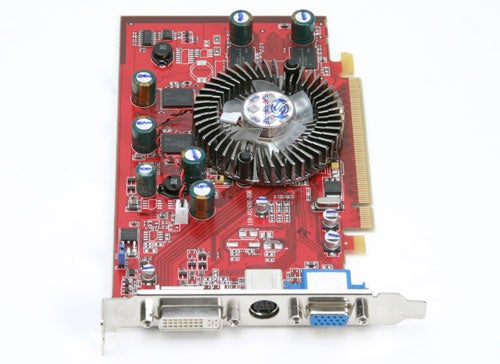 As you can see, for all the games except Counter-Strike: Source you’d need to play at 800 x 600 without any AA or AF to get remotely playable framerates. If you were to drop the detail and effects to their minimum, you would obtain better results but picture quality would suffer immensely. Fundamentally, you’d need to be a very casual gamer to be happy with this card.


As a first upgrade from integrated graphics, the X1050 does what it sets out to. It runs Vista’s Aero interface and gives you the freedom to play some more modern games, while also providing improved video playback.


Ultimately, what really hurts this card is that Connect3D has a passively cooled version available for a few pounds less and, given the choice, I’d recommend the silent one every time.