Halos are powerful things. They surround the head of heavenly angels, they launch globally successful gaming consoles and as ATI no doubt is aware, they also help you sell a lot of mid-range graphics card. Unfortunately for ATI though, it’s nVidia that’s been selling lots of them.


The ‘Halo’ effect generated by nVidia’s success at the high end of the graphics market has ensured that many people have gone out and bought its mid-range 6600 series cards, on the assumption that if nVidia is faster at the top-of-the-range it’s likely to be at the mid-range. On the whole they’d be right. While ATI’s X700 series cards were designed to battle it out with the 6600series they’ve not really had the impact ATI would have liked. Indeed, while this X700 XT we reviewed here showed promise, it never fulfilled it by dint of the fact that it never made it to market, while the X700 Pro that did appear was not quite up to the mark. The only surprise then about the X800 GT then is that it’s taken ATI so long to bring it out. 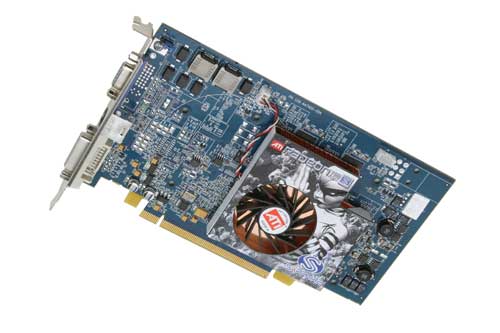 The GT nonclemature could potentially be a confusing for some, as while nVidia’ 6800 and 7800 GT cards are both high-end parts, this GT is definitely not and is intended to go up against the 6600GT. It’s essentially an X800 XT (R423), that didn’t make the grade, so that instead of a high-clocked 16-pipeline card it’s downgraded to a more modestly clocked eight pipeline card. Some GT’s are rumoured to be based on the X850 (R480). As this is from a newer more refined process there’s possibly more overclocking potential. However, a quick install of ATI Tool revealed that this Sapphire is based on the R423. Indeed we did overclock the card using ATI tool, but as you’ll see from the graphs the results were somewhat underwhelming. 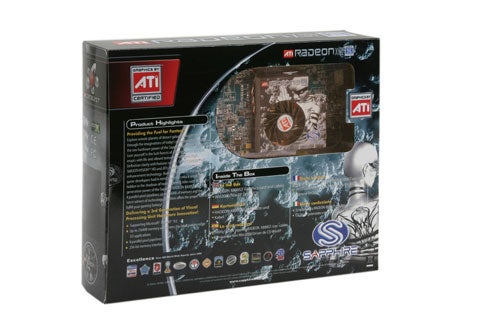 Be aware though that you can get X800 GTs from some manufactures with a 128-bit memory interface. If you’re buying a system with an X800 GT in it do everything you can to ensure that it features a 256-bit memory interface, as without it performance will be seriously crippled.


As a mid-range GPU the card is sensibly sized, lightweight and sports a rather unattractive but medium sized heatsink and fan arrangement. There’s DVI and VGA ports on the rear, and a TV Out with cables and dongles for either S-Video, Composite or Component output. There’s a DVI to VGA converter for those with dual CRTs and a paper manual booklet. The software included is a driver CD with an overclocking utility, a two channel version (boo) of CyberLink’s PowerDVD v.6 and Splinter Cell: Pandora Tomorrow: old hat now that Chaos Theory is here. 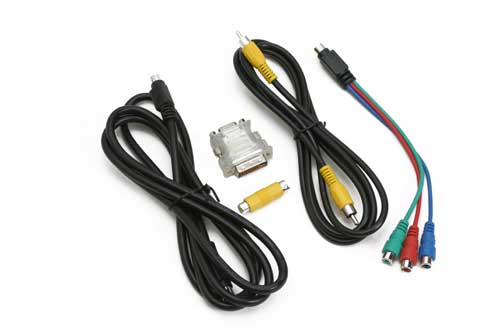 But onto the pudding testing. Luckily we had a 6600GT card on hand, so we put both through the wringer on our graphics card test bed platform – an Athlon 64 FX-55, an MSI Diamond SLI motherboard and 2 x 512MB of Crucial Ballistix RAM. The CPU is clearly not what would be likely to be paired with a mid-range graphics card but at least it ensures that any CPU bottleneck is kept to a near minimum. As with our last 6600GT group test, we limited out testing to 1,280 x 1,024 as with these cards you won’t really won’t to go above this with smooth frame rates. Budget wise a 17 or 19in TFT is likely to be the natural paring with one of these cards and these run nativley at 1,280 x 1,024 resolution.


Out of the starting gate the X800 GT pulled clear of the GeForce in 3DMark 03, with 800 more points at 1,024 x 768, maintaining the lead lower down the graph. Indeed in all our tests the Sapphire was comfortably ahead of the 6600GT with the notable exception of Doom 3, where the situation was reversed. It’s actually remarkable considering that even with a 128-bit memory interface the GeForce card is still faster and clearly demonstrates the extent to which Carmack tailored his coding for nVidia. That said there hasn’t yet been a flood of games on the market using the Doom 3 engine and as you can still get a decent performance out of the Radeon it’s no deal breaker.

Finally, we tested the overclocking potential of this card using ATI Tool, letting it find the maximum non-activated speeds for core and memory. We could only reach 480/515 –not that much of an increase. Indeed testing Half-Life 2 again with 4x FSAA and 8x AF, it only added around 1.5fps to the scores; hardly earth shattering. 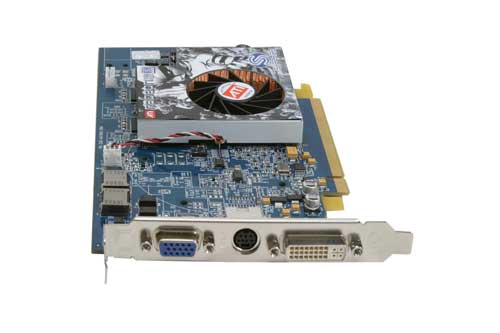 Overall though, based on the numbers we’ve obtained the Radeon X800 GT is very much the better choice compared to the 6600GT in terms of performance. The only question is though, is it too late? If you want to wait a couple of months prices of even faster cards are likely to drop again as ATI brings out its next gen chip. In its favour the 6600GT card offers support for Shader Model 3 and HDR. But these, especially the latter, will really require much faster cards to do them justice.


If you’re in the market for a card right now, the X800 GT wins the overall battle against the 6600 GT. The only problem for ATI is that this is a fight it ought to have picked a good few months ago.