For a long time now ATI’s All-in-Wonder range has been the company’s flagship product offering a smorgasbord of features in a single card. Combining often near cutting edge performance with all the connectivity you could need. ATI has a habit of releasing its uber All-in-Wonder (AIW) card some time after a new chipset. However, with the Radeon X800XT it has really taken things to the extreme. I first ran a story on this card back in early September and it has taken this Sapphire branded AGP card this long to surface in our offices. While AGP was still the norm back in September, it’s now very much the exception. Even so, at time of writing the card was still not available to buy on any online virtual shelves.


When it does appear though, those looking for everything save the kitchen sink in their graphics card won’t be disappointed. First and foremost, the card is based on ATI’s X800XT GPU, which means you’re getting a full-on 16-pipeline card running at 500MHz for the core and 500MHz for the memory. 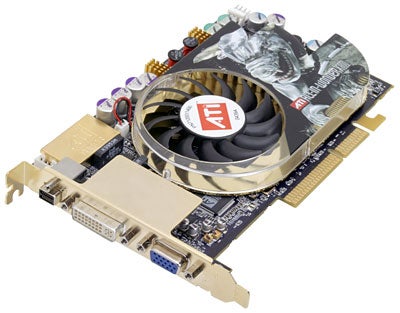 Unlike previous AIW cards, ATI has not had to reduce the clock speeds on this latest chipset. It previously was forced to do so due to the interference from the analogue Philips TV Tuner. On this card however ATI has used a Microtune 2050 silicon tuner. Though this features digital circuitry it isn’t a ‘digital tuner’ in the sense that it can receive DVB broadcasts – it’s still just plain old analogue.


ATI first experimented with a digital tuner back with the Radeon AIW 8500DV, but then moved back to a regular analogue tuner due to heat, interference and image quality issues. Thankfully these have now been solved. Another benefit is that ATI can go full throttle on the clock speeds, so you don’t have to lose out on the gaming performance side of things. That being the case, a full size heatsink and fan combination is employed and while it’s not the nosiest card I’ve heard, it definitely going to make its presense felt in a quiet room so it won’t lend itself easily to a media center system. The card at least is a single slot solution and will fit comfortably in a small form factor barebone case. As it’s AGP the card requires extra power delivered via a small floppy disk connector.


At the back you’ll find both a DVI and a D-Sub connection, a first for an All-in-Wonder card. The reason ATI has been able to get both onto this AIW is that it has created a new smaller connector for its external connection bundle. It’s also more robust too. The connector on my own 8500DV is nothing short of atrocious as it disconnects far too easily and is prone to having bent pins. This connector is a major improvement. From it you’ll find connectors for the RF TV Aerial, an FM Tuner, an SP/DIF connector for Dolby Digital pass through, a connection for the external inputs breakout box, a line in, an audio pass though connector and finally a SCART socket.


Yes, that’s right a SCART – finally ATI has acknowledged that most European TVs don’t have Component input, but they do have a SCART. It’s capable of handling RGB making it a better bet than S-Video. The breakout box contains only inputs, with connections for Composite, S-Video and stereo audio in. This breakout box features a new design enabling it to be stacked with extra modules and one containing outputs for composite and S-Video, as well as Component output will be available as extras. 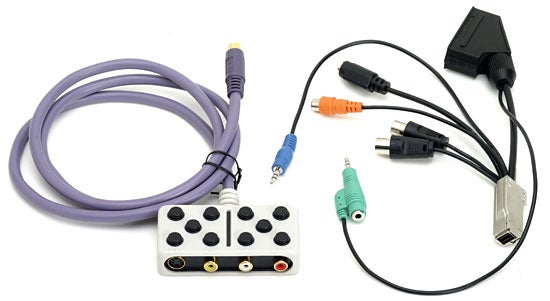 One extra not included, at least in our box, was a remote control. The Remote Wonder II is meant to a considerable improvement over the first model so its absence is missed. As such it would seem to be an essential extra to be budgeted for as an accessory.


Despite ATI announcing its Rage Theater 550 chip back in mid-September, the AIW only features the previous generation Rage Theater 200 chip. Nevertheless, in terms of quality the AIW X800 XT delivered to a high level, much as one would expect. ATI seems to be taking an age to give its MultiMedia Center software a major overall, which is a shame as it badly needs one. That said the software is functional even if it is somewhat clunky and dated looking. 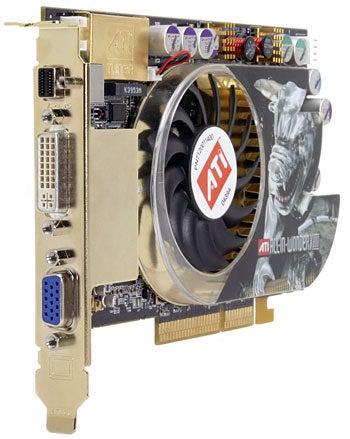 As for 3D performance, with our testbed now exclusively PCI Express we were unable to benchmark due to the cards AGP connection, but with the fully fledged power of the X800 XT, the card will still be towards the top of the pile when it comes to games. The scores from this Connect3D X800 XT Platinum Edition card should provide a guide, though being a PE card its clocks are slightly higher so you should knock off a few frames to get a clearer picture.


As far as value is concerned, £345 including VAT isn’t bad considering that the standard Sapphire X800 XT VIVO card is going for just over £300. For me though, the question is who the card is aimed at? As media center systems become popular most people are looking for silent solutions and this card certainly isn’t that. If that isn’t a priority but space saving is, the AIW X800 XT keeps ATI at the top of the multimedia pile, if only because it’s a market that nVidia seems unable or unwilling to compete in. 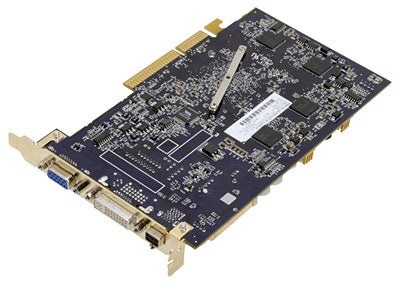 While the presence of a Europe friendly SCART socket is a plus the lack of a tuner capable of picking up DVB broadcasts is now becoming a major flaw in the range and if ATI wants to keep the AIW line relevant it needs to address that with its next product. If it can do that, move to the Rage Theater 550, update the software, and throw in the remote without pushing the price sky high, then it would have something really worth shouting about.


Sapphire’s All-in-Wonder X800 XT for AGP does enough to keep its jack-of-all-trades flame burning. The presence of an RBG capable SCART and dual outputs is welcome, but the lack of a DVB Tuner and the clunky software are downers. Still, the performance, versatility and value for money can’t be argued with.