As I’ve reported before, many manufacturers have tried and failed to produce the perfect hybrid of a digital still camera and a digital video camera. In theory it shouldn’t be too hard; after all they both use the same core technology. They both use compact high-powered zoom lenses, both use rechargeable batteries and both capture their images using CCDs. However for some reason no attempt so far has been truly successful. The last one I reviewed was the dismal Sony DSC-M2, which suffered from appalling handling and incomprehensible controls. However there is one manufacturer that has been making hybrid cameras longer than any other, and one that is often overlooked by many reviewers. 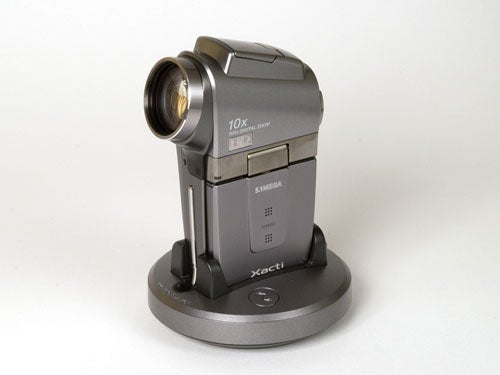 Sanyo’s Xacti range of still/video cameras has been around since 2004, although previous models have suffered from poor picture quality and limited shooting time on standard SD cards. However the latest model, the VPC-HD1, looks a lot more promising, so I got one in for closer scrutiny.


In form as well as function the Xacti is a mixture of still and video camera. It is designed to be held one-handed like a pistol, with a large 2.2in flip-and-twist monitor screen on the side and all the controls mounted for thumb operation on the back.

It has a powerful 10x optical zoom lens, and a small pop-up flash on the top. It is powered by a large 1200mAh Lithium-ion battery that is mounted inside the handgrip under a removable panel, rather like a mobile phone.


It isn’t exactly a small device compared to a compact still camera, but it’s certainly a lot smaller than your average DV camcorder. Measuring 80 x 119 x 36mm and weighing a hefty 210g without battery or card, it’s a bit too large to be carried in a pocket, but it does come with a good quality semi-rigid carrying pouch with a belt loop. 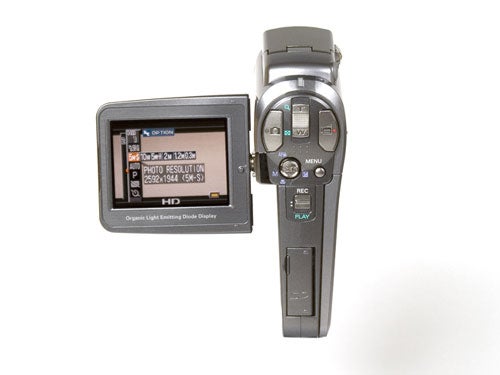 Overall build quality is very good, and the design is stylish and modern with an attractive gunmetal and brushed steel finish. The case is made of light alloy with some plastic parts, and the camera feels sturdy and dependable. The monitor screen is superb – it’s an OLED screen rather than the more common LCD screens. It’s bright, non-reflective, and with 210,000 pixels it’s pin-sharp. It also has an exceptionally fast refresh rate, so there’s no noticeable viewing lag.


In operation the HD1 is efficient, but a bit unusual. Switching on from the main on/off switch takes a little over four seconds, but once on, closing the monitor puts it into standby mode. Opening the monitor again wakes it up in just over two seconds, which is pretty good. The unusual part is the voice announcement that accompanies every action. Press the shooting button once and a pleasant female voice announces “Camera mode”, close the screen down and she tells you “Standby mode”. It’s cute, but it would probably get annoying after a while. Fortunately there is a menu option to turn her off.

The main controls on the back of the camera are fairly simple. At the top is a slider for the zoom control, and on either side of it are two large buttons. On the left is the still image shutter button, on the right is the video recording button. I have to admit I found the operation of these controls to be a problem. The still capture button is fine, and works like a normal shutter button, but as soon as you hit the video recording button it starts filming without any further warning, so you tend to end up with a lot of short unwanted clips that you then have to erase. 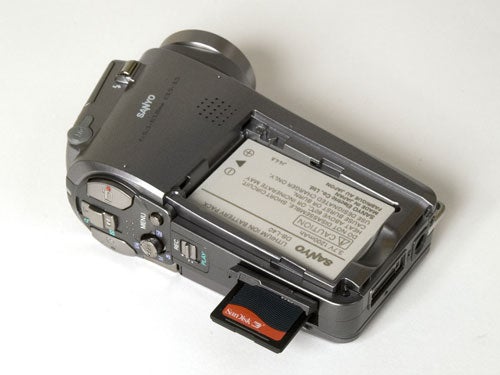 Apart from that, the rest of the camera’s controls are straightforward enough. In the menu system it has all the features and options you’d expect from a good mid-range compact, including scene modes for sports, portrait, landscape, night view, fireworks and lamplight. It has multi-zone, CW and spot metering, five-point AF and a range of ISO settings from 50-400. It also has electronic image stabilisation, a very useful feature for a camera with a 10x zoom lens. It also has aperture priority, shutter priority and full manual exposure, however with an aperture range of only F3.5 to F8.0 and shutter speeds of ½ to 1/2000 of a second, the creative potential is somewhat limited.


I was a little sceptical about the handling, given the unconventional shape, and indeed it does take a little getting used to, but after half an hour or so I found it surprisingly comfortable and easy to use. The only thing I didn’t like was the thumb-operated shutter release. I would have preferred a design where the shutter is pressed with the forefinger, leaving the thumb free to do what it evolved for; providing a secure grip. 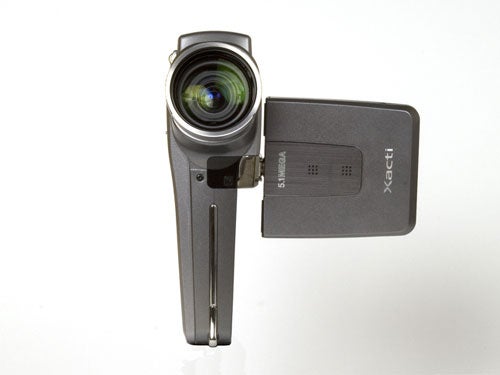 Of course the main feature that sets the HD1 apart from other digital cameras is its video mode. It is one of the very few video cameras that shoots in 1,280 x 720 Widescreen HD (High Definition) mode at 30 frames a second with stereo sound, but it can also shoot at 640 x 480 VGA mode at an astonishing 60fps. There isn’t another still or hybrid camera on the market that can match either of those benchmarks.


Video is recorded in the high-quality MPEG-4 format, and a 1GB SD card provides enough space for over 14 minutes of recording, or 399 still images at maximum resolution. The video quality is simply stunning, especially in the 60fps mode. The higher frame rate makes even the quickest actions looks smooth and lifelike, making it ideal for recording sporting events.

In still picture mode the HD1 offers 5.1 megapixel resolution, with an image size of 2,592 x 1,944, which is the standard 4:3 aspect ratio. It also offers an interpolated 10-megapixel option, but I’d generally recommend avoiding things like that, just as I advise against using digital zoom, which the HD1 also has (10x). 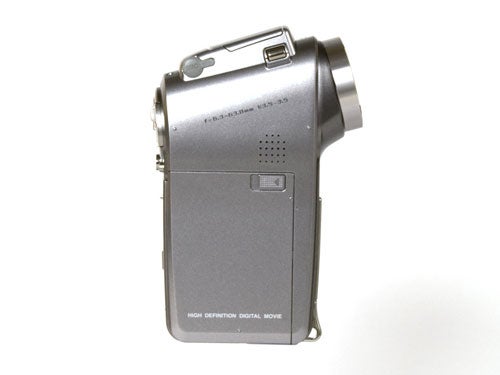 Sanyo’s original hybrid camera, the VPC-C4, suffered from terrible still picture quality, so this was my main concern about the HD1. Thankfully it is much improved, although it is still not without its problems. Focusing is quick and accurate, and the multi-zone exposure meter produces good results even in very high contrast situations. The zoom is not stepped, and has a proportional speed control, so accurate framing is possible.


The only real weakness is in the image processing engine. It over-sharpens pictures to the point where they look like interpolated images from a much smaller CCD. While edges are sharp, a lot of fine detail is lost to the sharpening process. It also over-saturates all red tones, making them look gaudy and surreal. I was less than impressed by the image noise present in 400 ISO shots. In short, it still isn’t as good as a dedicated 5-megapixel super-zoom still camera such as the Canon S2 IS or Sony DSC-H1. 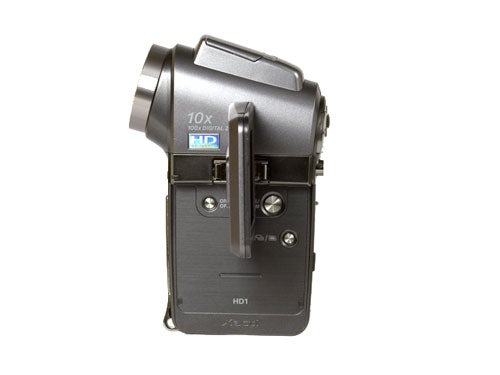 The real downside to the HD1 however is the price. It is a whopping £699.89 on the high street, and even from discounted online retailers it is still a wince-inducing £539.59. That’s a lot of money for a 5MP camera, even one with a 10x zoom lens, and is well above average for a digital camcorder. However it’s not too bad a price for an HD camcorder, since the award winning Sony HC3E, is closer to £800.


Still, if you are a dedicated (and wealthy) gadget freak, and you have a real need for a compact HD camcorder and a decent digital camera in one, then it really is the only show in town.


The Sanyo VPC-HD1 is very expensive, and has lower photographic quality than a dedicated 5-megapixel still camera, however it is a unique product that offers features that can’t be found elsewhere. Build quality, handling and performance are good, and it is the closest thing yet to a successful hybrid still/video camera. 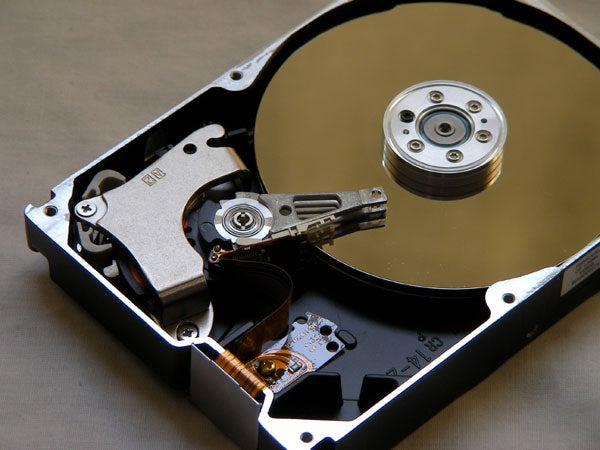 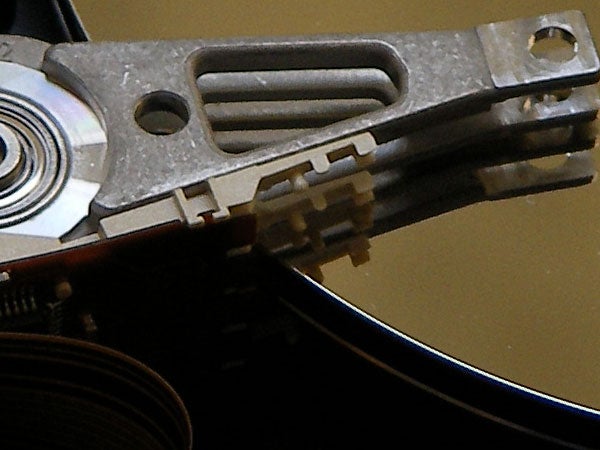 At the very lowest ISO setting, the HD1 produces a nice clean noise-free image, although the over-sharpening is still evident. 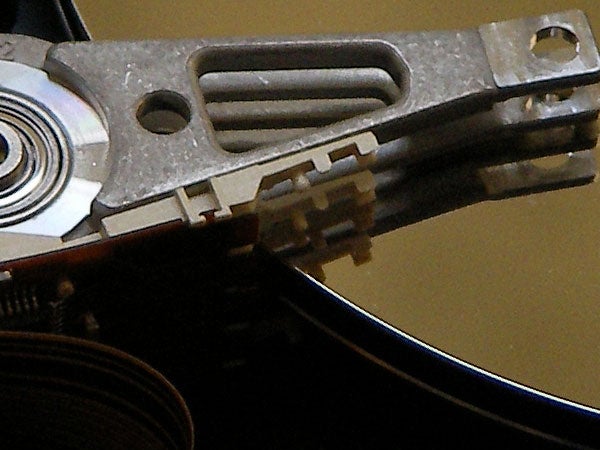 At 100 ISO there is already a little visible image noise in the darker areas of this shot. 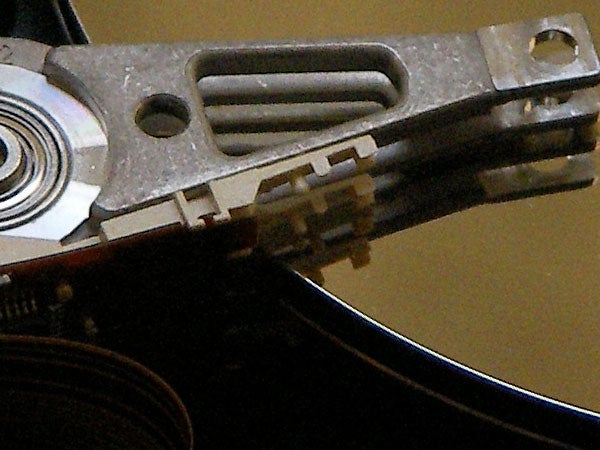 The image noise is progressively worse at 200 ISO, although the image is by no means bad. 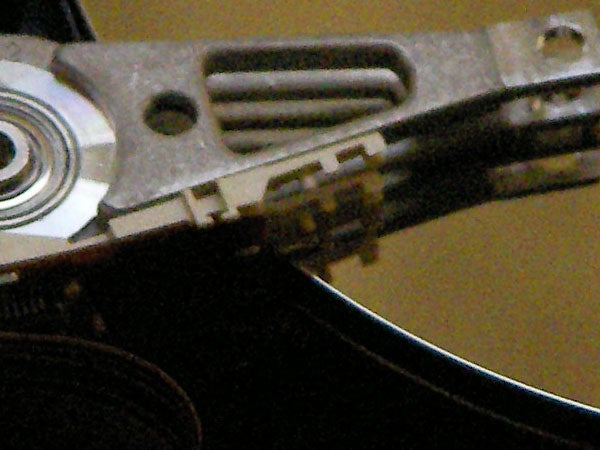 At 400 ISO the image noise is now quite pronounced over the whole of the image, but most pronounced in the darker areas. 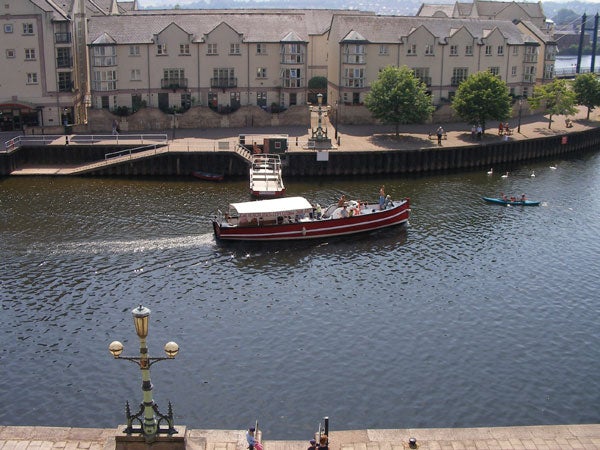 The HD1’s lens is equivalent to 38-380mm, so although the wide end isn’t especially wide… 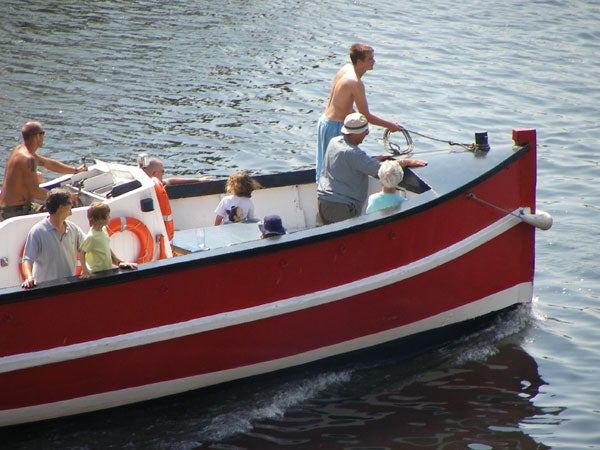 …the telephoto end is capable of extreme magnification, great for picking out tiny details in distant scenes. 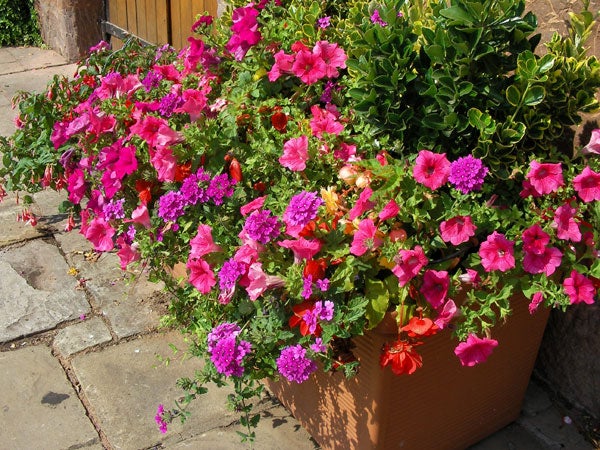 The image processing engine tends to over saturate red tones, although in this shot the effect isn’t so noticeable. The exposure is spot-on though. 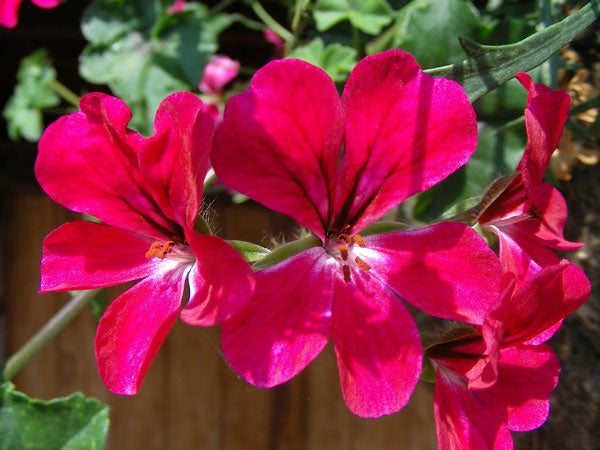 The macro range is nothing special, somewhere around 10cm, and in this shot the over-saturation of red tones is really obvious. 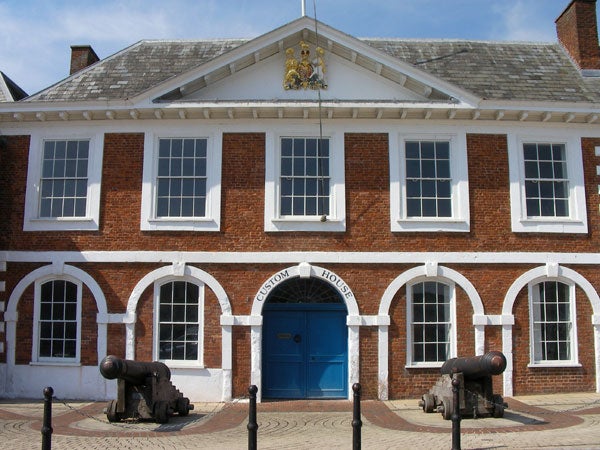 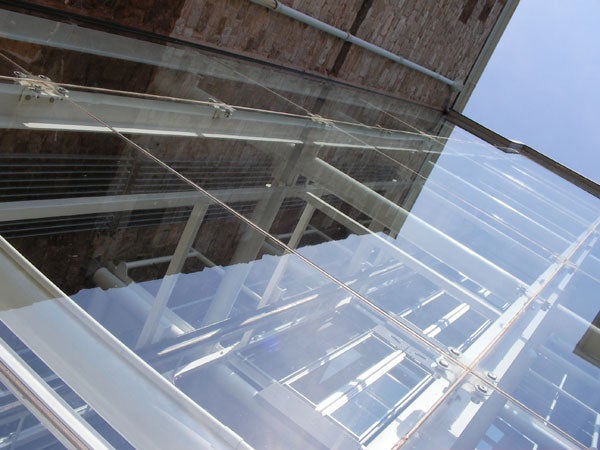 The HD1’s unusual shape and handling make it easy to take odd-angled shots like this one.