Water and electronic gadgets don’t normally go well together. But an increasing number of camcorders now offer waterproofing, so you can capture your experiences in the rain or when diving. Panasonic led the way with the SDR-SW20 and SW21, and Sanyo recently upped the ante by moving to HD with the Xacti VPC-WH1. Now we have another HD waterproof camcorder from Sanyo in the shape of the Xacti VPC-CA9. Where the WH1 focused mostly on its underwater credentials, the CA9 gives more of a nod to style. Using the now familiar ‘gun’ format for Sanyo Xactis, it’s far less of a chunky beast.


The major difference in the headline feature of water resistance is that the CA9 is only rated to a depth 1.5m, where the WH1 can go down to 3m. So the CA9 is on par with Panasonic’s original SDR-SW20, although this still qualifies it for IPX8 accreditation. As with the WH1, there is no mention of impact resistance. So, although the body feels quite sturdy, we wouldn’t recommend dropping the CA9 then expecting its waterproofing to remain effective. A single door covers the battery, SDHC memory card slot, and combined USB and AV port.


However, on a more positive note the CA9 incorporates a much larger 1/2.5in CMOS than the WH1’s 1/6in unit, and boasts a native 9.02-megapixels rather than 2.0-megapixels. Thus, despite both claiming to be ‘Dual Cameras’ due to their ability to shoot both video and stills, the CA9 warrants the title far more, at least on paper. 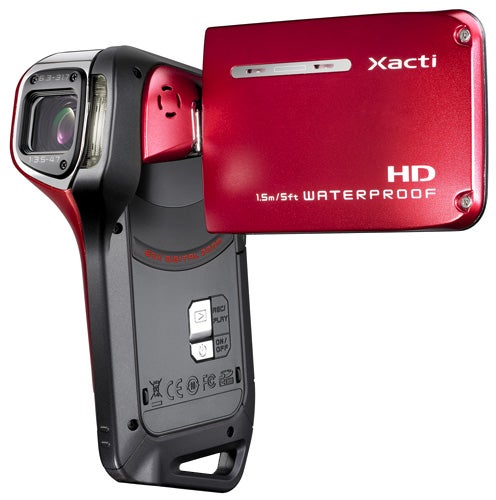 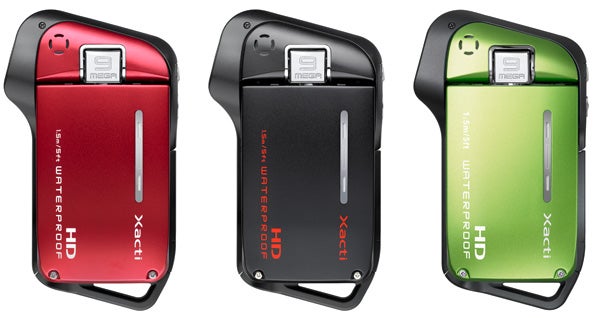 With its higher-resolution sensor, however, the CA9 offers much more creditable photography specifications. The top native still image resolution is 3,456 x 2,592, but there’s also a ‘Pictrise’ interpolated option which bumps the resolution to 4,000 x 3,000. A separate camera button is provided next to the video button so you can quickly switch between the two functions.

Unlike the Sanyo Xacti VPC-HD1000 and HD2000, the CA9 doesn’t offer much for the enthusiast, although the underwater format precludes this anyway. There are no mini-jacks for headphones or an external microphone, nor an accessory shoe, and the tripod mount is a single screw thread, with no extra hole to stop rotation. So the CA9 is focused primarily on its moisture-related functions, and if you want a more flexible, non-waterproof option the HD2000 would be the better choice. 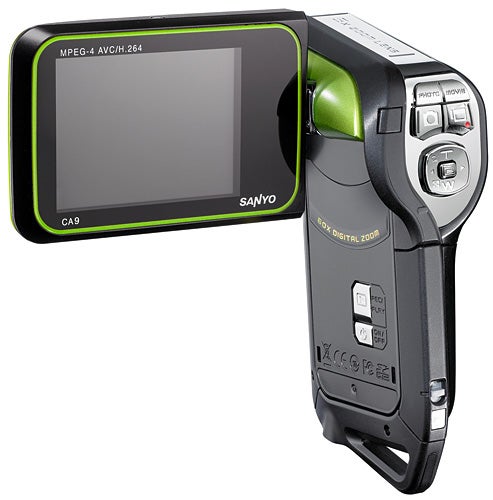 There are some manual settings available, but they’re so buried within the menu you probably won’t want to use them that often. The first section contains the scene modes, including the all-important Under Water option. But Sanyo has chosen to put the digital effects here, and left the more useful manual options for the second and third pages.


Manual focusing is available in the second page, but uses the D-pad controller so isn’t very finely graded, offering only 16 steps. At least the Super Macro mode keeps objects as little as 1cm away sharp. The second menu page also includes photography-oriented options such as ISO settings from 50 to 1,600 plus focus and exposure metering mode configuration.


Shutter and aperture priority modes can be found in the third menu page, alongside a fully manual alternative which lets you configure both individually. Again, the D-pad is used to select values. Shutter speeds range from 4 seconds to 1/1,500th, while aperture ranges from F3.5 to F8. However, shutter speeds below 1/30th are only relevant when shooting photos. 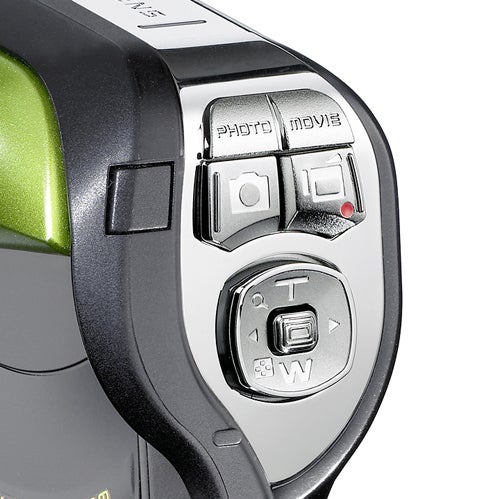 You can select these options in video mode, but they don’t change anything. In the same part of the menu are white balance settings, plus the face chaser and high sensitivity options. The former picks up human faces and sets exposure accordingly, whilst the latter is essentially a single-step boost in video gain, and pretty useful in low light.


We also found the controls a little small and fiddly to use. There are two buttons for triggering video and taking pictures, but both are very close together. Likewise the rocker D-pad, which doubles for zooming and menu navigation, is rather small so anyone with a larger than average-sized thumb will have trouble operating it. At least the record buttons have ridges to help you detect which one you’re pressing without looking. It’s quite easy to switch the camera into playback mode accidentally, too, as the button for this sits precisely where your thumb falls when holding the pistol grip.

With its much larger sensor, the CA9 provides noticeably better image quality than the WX1. In bright conditions, colours are not as saturated as with some consumer camcorders, particularly Sony’s, but still relatively faithful. Overall, the dynamic range is good, although as the resolution is 720p you don’t get as much detail as with Full HD. 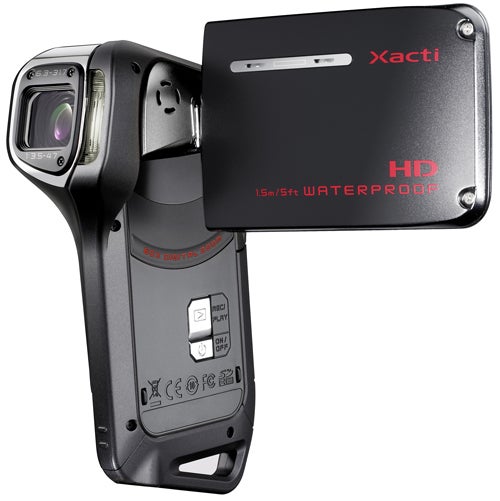 However, shooting in less benevolent conditions is what the CA9 is intended for, and fortunately its low light abilities are distinctly beyond those of the WH1. The image is slightly brighter under the same level of poor illumination. However, the High Sensitivity mode boosts colour and brightness more effectively. There is quite a bit of extra grain added, but the improved visibility will be a major boon in murky underwater conditions.


The still image performance is also quite decent in the top quality modes. The lens doesn’t have a particularly wide angle, so you need to stand back to capture a nearby scene. But colour and detail are more than adequate for a dual-function device, particularly considering the CA9’s price.


Although the VPC-CA9 is still not a premium HD camcorder in a waterproof body, it does offer the best low-light performance of any underwater-oriented model we’ve tested so far. It’s also priced under £300, making it cheap enough even to be a second camcorder. So although Panasonic’s SDR-SW21 is more robust, and Sanyo’s own VPC-WH1 will go deeper, the VPC-CA9 is most likely to shoot presentable footage. And that makes it our favourite underwater camcorder of the moment.