So obsessed has the world become with all things HD that for a while, at least, humble DVD seemed to almost drop off the radar of some AV brands. But suddenly it’s undergoing something of a resurgence, with Toshiba declaring at IFA that upscaled DVD (as produced by its new XD-E500 DVD player) is where it’s at rather than Blu-ray, we’re also experiencing a sudden surge in the number of TVs offering built-in DVD drives. In fact, it’s another one of these DVD/TV combis that’s managed to find its way onto our test benches today: Sanyo’s CE22LD94DV-B.


As its mouthful of a name suggests, this is a 22in LCD TV, with its DVD duties coming courtesy of a slot tucked invisibly away on the TV’s rear left side. Clearly given its size – and its impressively low price of £311.69 – it’s aimed at the kitchen/study/bedroom market rather than your main living room. But that doesn’t stop it from boasting an HD Ready specification, complete with HDMI input, component video input, widescreen shape, and sufficiently high native resolution.

We guess we should feel slightly disappointed that there’s only one HDMI input in these digital days, but obviously the presence of the built-in DVD deck provides the set with a partial excuse for its HDMI stinginess. 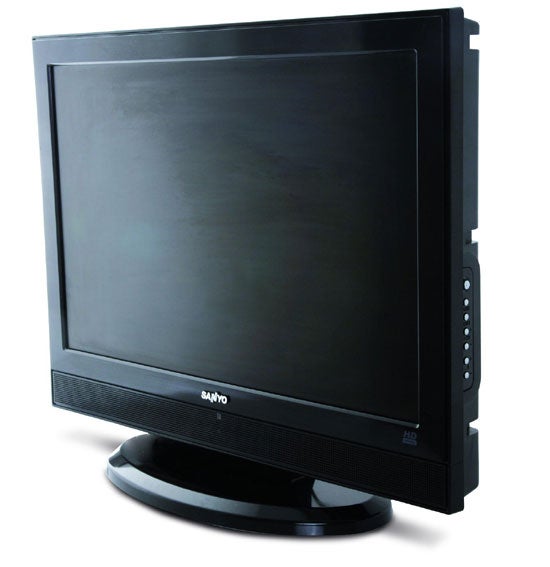 We also need to return to the set’s HD resolution. For rather than the usual 1,366 x 768 pixels, the CE22LD94DV turns in a considerably higher 1,680 x 1,050. At first glance, of course, this looks like very good news. More pixels means more sharpness and detail to pictures, right?


Well, maybe. But there’s another issue here that needs to be taken into account. Namely the fact that 1,680 x 1,050 does not equate to the normal 16:9 widescreen aspect ratio used by the vast majority of widescreen TVs.


To make this point clearer, 16:9 breaks down to around 1.78:1. But 1680×1050 comes out at around 16:10. This means that whenever the CE22LD94DV is showing any widescreen material, it will have to resize normal 16:9 broadcasts like those delivered by any UK widescreen channel to fit its different width, either pushing part of the image’s width off the side of the screen, or else slightly stretching the image vertically. Neither of which are particularly appealing ideas so far as we’re concerned.


Since the 1,680 x 1,050 resolution is very common in the 22in PC monitor market, it’s probably safe to say that Sanyo is using a monitor panel, rather than one designed for a TV – hence the 16:10 aspect ratio. This isn’t unusual, since we have seen many PC monitors with TV tuners built in, but those were marketed as monitors first and TVs second, and none of them came with an integrated DVD player.

The CE22LD94DV carries a digital tuner despite its size and price, and this comes with all the usual electronic programme guide features. A trawl through the TV’s onscreen menus, though, reveals that there isn’t really very much else to occupy us; just a set of picture presets, and an audio ‘effect’ that uses processing to widen the soundstage. Woo.


Aside from the fact that the DVD deck can play DVD+R/RW and CD/CD-R/RW discs as well as standard DVD video discs, the only thing standing between us and getting down to business with the CE22LD94DV’s pictures are the rest of its screen and specifications beyond the HD Ready pixel count.


A claimed contrast ratio of 1000:1 is pretty tidy by the standards of budget small LCD TVs. It’s not bolstered by any dynamic backlight activity, but then dynamic backlights are seldom found on other small-screen LCDs, either. The screen’s 5ms response time is also respectable for such an affordable screen, leaving as the only potential fly in the ointment a claimed screen brightness of just 200cd/m2. Hopefully this won’t stop pictures being driven off the screen with plenty of vibrancy.

The first thing I noticed about the pictures was actually a negative concerning that 1,680 x 1,050 resolution. For while this might be well suited to PCs, it definitely causes some slight stretching of video images. Newsreaders’ heads look slightly elongated, and footballers all look a few inches taller. While this is unfortunate, though, I personally didn’t find it quite as big a deal breaker as it probably sounds. Partly because the stretching effect is slight, and partly because oddly you sort of get used to it over time. And once you have got used to it, you’re free to acknowledge the fact that in other ways the CE22LD94DV is actually pretty good.


Motion, for instance, is very credibly handled. While watching some of the Paralympics in HD on BBC HD, I was really struck by the way the athletes weren’t as ‘blurred out’ by LCD’s response time issues as I would have expected at the CE22LD94DV’s price and size point. The problem didn’t really increase to any great extent when I switched to standard definition, either.


Another surprise is the depth of the TV’s black level response. The below-ground mining sequences in There Will Be Blood on Blu-ray actually look quite dark, without being totally ruined by LCD’s grey clouding effect. There’s even – shock, horror – a passable amount of the shadow detailing that gives dark scenes a sense of scale and stops them looking like black holes ripped out from the rest of the image.

We should stress that we’re not talking here about the sort of black levels you’ll find on most plasmas or a few of the best big-screen LCD TVs. In fact, they’re not even as good as those of the 19in Sharp and Toshiba LCD TVs we’ve seen recently. But once you’ve taken its price and built-in DVD player into account, they really do shape up pretty well.

It’s also nice to report that our concerns about the screen’s brightness don’t prove particularly well founded. In a relatively dark environment such as a typical study or bedroom there will be no problems enjoying a punchy image – and although the set might not do quite so well in a bright kitchen or conservatory, it should still satisfy in all but the very sunniest conditions. Which effectively means it will be fine for around 364 days of the year in the UK, if this year’s weather fiasco is anything to go by…


There are two areas where the picture – arguably inevitably – exhibits some of the TV’s budget nature. First of all, colours aren’t quite as exuberantly rich and vibrant as with the best premium LCD ‘portables’ around. We wouldn’t extend this criticism to the point where colours can actually be considered unnatural in tone, however; it’s just that they don’t grab your attention as immediately as those of most other LCD TVs, especially bigger ones.


Our other concern is that the CE22LD94DV’s HD images aren’t particularly, well, HD. For much of the time, possibly because of the way images always have to be resized to the screen’s unusual native resolution, they’ve got a slightly soft finish to them that makes them look only slightly sharper than a good standard definition source.


Mind you, anyone who buys a TV just 22in across in the expectation of being blown away by how amazing HD pictures look is pretty much barking up the wrong tree in any case.


One final issue we have with the CE22LD94DV’s screen is a strangely common one on small LCD TVs, and it concerns the way a small strip of light – presumably leakage from the TV’s backlight – crosses the picture’s top and bottom extreme edges. 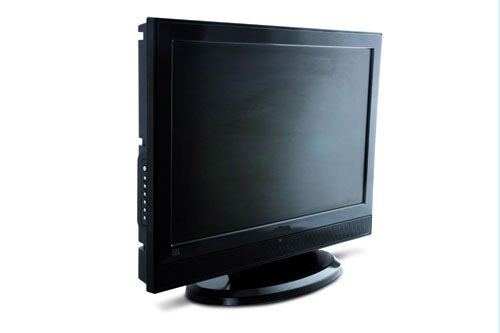 Turning our attention to the built-in DVD player, it seems to do everything asked of it passably well. The picture doesn’t look significantly softer than that delivered by, for comparison’s sake, an external DVD deck, and there are no real signs of MPEG decoder artefacts or twitching. Fair enough.


More good news comes from the CE22LD94DV’s audio performance. The onboard speakers prove unusually powerful by small LCD standards, combining a startlingly rich mid-range (ideal for vocals) with good treble detailing and even, most remarkably of all, some real signs of bass that give the soundstage a good, solid foundation.


As if all this wasn’t impressive enough, the speakers also deliver all their strengths at high volumes without any serious distortions or unwanted cabinet vibrations.

There’s a little harshness in the treble register during action scenes. But come on; this is a cheap 22in LCD after all, not some sort of home cinema separates system!


The only REAL sound disappointment is the fact that the DVD deck only appears to decode Dolby Digital 5.1 soundtracks, not DTS ones. But again the importance of this shouldn’t be overestimated; after all, it’s hard to imagine that many people buying the CE22LD94DV will really want to attach it to a separate multi-channel audio system.


In summing up our thoughts on the CE22LD94DV, we need to keep our feet well and truly on the ground. And so while it won’t win any design awards, doesn’t break any new feature ground, and doesn’t set cutting-edge AV standards, that’s not what it’s all about. Instead it’s designed to do a convenient, space-saving job as simply and above all as economically as possible. Provided you approach it with realistic expectations, we’d say it does that job agreeably well.