You might reasonably expect a 32in LCD TV available for as little as £940 to be nothing more than, well, a 32in LCD TV. But for Sanyo’s CE-32LDY1, being a TV is merely the start of its talents. For it’s one of a very select few LCD TVs in the UK that also sports a built-in hard disk drive for recording TV programmes.


This HDD PVR system is no half-baked effort, either, with the available space running to an enormous 160GB – enough to hold around 37 hours of premium quality recordings or a whopping 180 hours of lower quality recordings. This should be enough to cope with a whole family’s recording needs, or allow you to archive many of your favourite movies or TV series to the HDD rather than videotape or DVD. 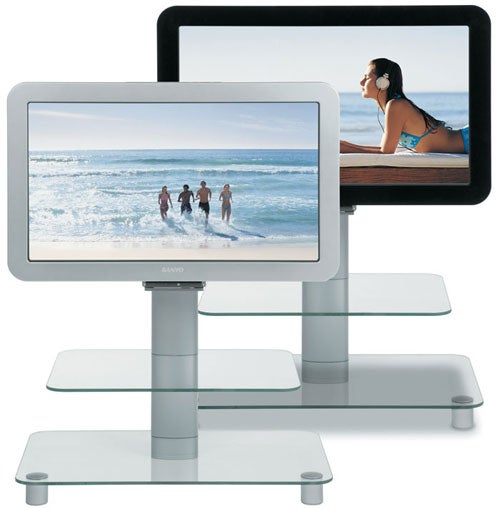 Other impressive PVR-related stuff includes chasing playback, automatic buffering of the channel you’re currently tuned to, the option to record one source while watching another, and multiple recording quality options depending on how much space on the HDD you’re happy for a recording to occupy.


Our next discovery on the 32LDY1 is a built-in digital tuner. This is a nice find on any TV, but its appeal doubles on the 32LDY1 since it means you can use the 7-day Freeview digital electronic programme guide to effortlessly set recordings for the PVR simply by highlighting a wanted programme on the TV listings. Sweet.

There is one niggle with the EPG, though, which is that Sanyo hasn’t bothered to put together an EPG menu that allows you to see programmes for every channel. Instead you’re limited to the listings for the channel you’re watching, meaning you can only look ahead to set a recording if you already know what channel your desired programme is appearing on.

The home for all these mostly impressively high-tech shenanigans looks seriously tasty. In its standard form the 32LDY1 boasts a really opulent and metallic looking burnished aluminium bezel, given added drama by some tastefully curved corners. What’s more, the sheer metallic look isn’t spoiled by the set’s speakers, since these are intriguing-looking pole-shaped affairs tucked out of sight on the TV’s rear. As if all this wasn’t enough, you can even adorn the TV in interchangeable red, blue, white or black frames if the simple aluminium approach doesn’t float your boat.


Connectivity is decent rather than spectacular, as we find highlights of single HDMI and component video options, a PC input, three Scarts and a CAM slot for adding subscription services to the digital tuner.


If at this point you’re dreaming of being able to record stuff from high quality external sources to the TV’s HDD though, forget it. For unsurprisingly recording from the component, PC and HDMI jacks is completely blocked. 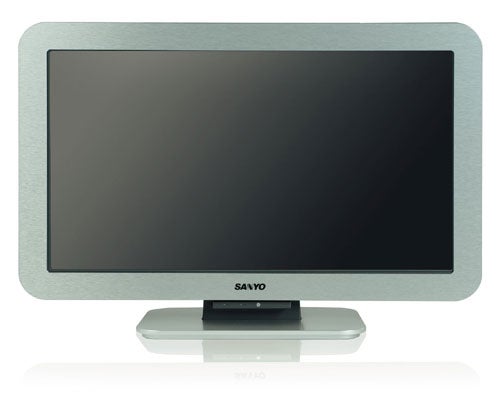 When it comes to key screen specifications, the 32LDY1 enjoys a 1,366 x 768 native resolution which, in conjunction with its connectivity, makes it fully HD Ready. It also boasts slightly higher than normal claimed contrast ratio and brightness figures of 1000:1 and 550cd/m2 respectively.


Picture tweaks available from the functional onscreen menus, meanwhile, include dynamic skin tone correction and noise reduction. And for audio the main point of interest is a selection of pseudo surround modes.


The 32LDY1’s impressively varied functionality is happily not let down by a poor picture performance – though at the same time pictures certainly couldn’t be described as outstandingly good.


Starting with its best points, the picture enjoys a really aggressive approach to colours, which explode off the screen with fulsome saturations backed up by an unusually potent backlight. Needless to say this effect is particularly gratifying with colourful Xbox 360 HD fodder like Kameo or Test Drive Unlimited, but it also juices up bright scenes in movies too.


Next to impress is the picture’s sharpness, as all the subtle textures in the jungle levels of Ghost Recon on the Xbox 360 or a good high definition movie like Spider-Man 2 (recorded in HD from Sky’s HD service) are delivered with decent precision and without the accompaniment of distracting amounts of video noise. What’s more, the picture retains its crispness better than most budget models when there’s lots of motion to contend with, indicating one of the LCD world’s better response times.


Our concerns about the picture start with the way that although dark scenes certainly look black, they also look rather empty and flat thanks to a shortage of greyscaling subtlety. We found the pictures from the digital tuner rather more noisy than we’d like too, and colours, while quite natural for most of the time, do occasionally slip into over-ripeness during darker scenes. 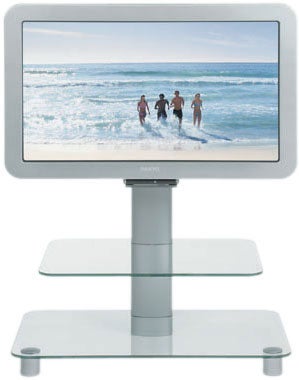 The results described so far are with ‘live’ viewing. When it comes to the 32LDY1’s HDD recording capabilities, the pictures when using the top-quality ‘HQ’ mode are pretty good. A slightly processed look means they’re not completely indistinguishable from the original broadcasts as we often find with external HDD PVRs, but we’d say they’re certainly good enough for an integrated product like this.


We’d advise against using anything lower in quality than the top two recording setting options unless you’re truly desperate for space, though, since the amount of video noise they introduce makes them really quite unpleasant to watch.


Perhaps inevitably considering its speakers are attached to the TV’s rear, the 32LDY1’s sound appears slightly repressed initially. But actually the longer we lived with the set the more we started to prefer its more subtle, detailed and surprisingly rich approach over the brasher efforts of most 32in LCD rivals.


If you just happen to be in the market for both a PVR and a TV, the 32LDY1 certainly deserves your attention, as it manages to combine its unusual feature combination with a very decent all round performance. Just bear in mind that you can get better PVR and TV performances if you don’t mind buying them separately.