I have to admit that first impressions of the Samsung YP-U4 got me a little over-excited. I looked at the unit, checked out the price, and thought I’d just found this year’s best MP3 stocking filler.


Last year’s, if you remember, was the SanDisk Sansa Clip. Even one year on at £22 to £50 for 1GB to 8GB varieties, it’s still a great sounding, tiny player that thrashes the iPod Shuffle for features and pricing. Pulling out the YP-U4, however, I thought it finally had a decent rival. Under £30 for a player from a big name manufacturer seems a bargain, but when you see how slick and functional the Samsung YP-U4 is, ‘bargain’ seems like an understatement. 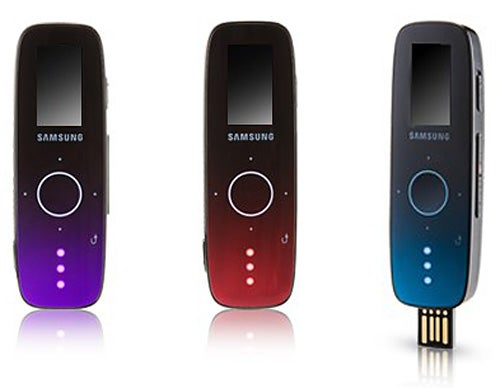 Let’s start with the looks. Switched off, the first thing you’ll notice is the style and the gorgeous, glossy finish. The U4 follows the same USB key design as Samsung’s earlier YP-U3 or the iRiver T7, but with nicer rounded edges and a more solid overall build quality. It’s available in three colours – blue, purple and red – with the Litmus codename referring to its graduated colour finish that sort of resembles litmus paper when you dipped it into acid during secondary school chemistry classes.


Like the iRiver T7, the style is minimalist. The controls are stripped back to a touch-sensitive D-pad to the right of the tiny, inch-long, 128 x 64 resolution OLED screen, along with a single touch-sensitive ‘back’ button, plus a hold slider and a multi-purpose rocket switch on the top edge. Also like the T7, the USB connection is built-in but concealed within the body of the player. Push the catch on the bottom edge and it slides out, ready for insertion into the nearest port on your PC.


As with all recent Samsung players you can copy files across directly using drag-and-drop or sync with Windows Media Player 11, making the bundled Samsung Media Studio application a little superfluous.

Now, the biggest issue with miniature MP3 players tends to be usability. Combine small controls with a tiny screen (or no screen) and you have a recipe for fiddliness – a problem that affects both the T7 and Creative’s Zen Stone series, though not Sansa’s Clip. Luckily, the U4 gets things 90% right. The touch controls are a little sensitive for my tastes, but I found them more predictable than those on the U4’s bigger brother, the Q1 Diamond.

Furthermore, to give you a level of feedback, you get short tones through the headphones as you flick through menus plus a bank of three LEDs submerged under the front of the case that light up when you touch a key. These LEDs also pulse sympathetically during music playback, and while this isn’t the sort of thing that floats my boat, it is the kind of detail that might convince someone special that this is a more expensive, fully-featured player than it actually is.


The GUI is primarily text-based, but it’s clear and well scaled to fit the 4-line screen, and you even get some nice touches like album art thumbnails or visualisations during music playback. Surprisingly, you don’t control the volume via the rocker switch on top but by using the up and down on the D-pad while you’re listening. Instead the rocker works as a play/pause button, a record button when using the voice recorder function, and a user-configurable function button that you can use to switch play modes or change the applied EQ and effects preset while you’re listening. 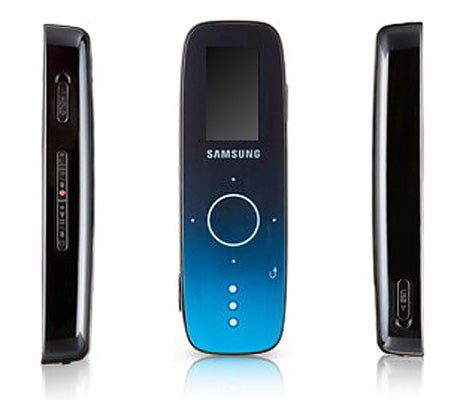 An icon-based main menu gives you access to the player’s functions, which include the voice recorder and FM radio features we’ve come to expect, plus a dedicated player for MP3 podcasts (or datacasts in Samsung terminology). The voice recorder does a decent job through the built-in microphone and radio quality is better than I’d usually expect from a player of this size and price point. The only mild annoyance is that you have to go into the setup menu to auto-tune the radio; I prefer it when you can do this from within the radio function itself.


In terms of format support, the U4 keeps up with the joneses by throwing in OGG VORBIS on top of the usual MP3 and WMA. It doesn’t have FLAC like the Q1 Diamond but on a player with such a limited capacity, that is only to be expected. Battery life is also competitive, with approximately 16 hours of playback to the Sansa Clip’s 15, though less than the Zen Stone Plus’s 20.

Sadly, the U4 is merely competent when it comes to actual sound quality. Listen through the supplied earbuds and it’s clear that you’re not listening to a top-end player; there’s a stronger bass than you might normally hope for and clarity isn’t bad, but the tone is slightly insubstantial and you soon notice that the little details you normally listen for in a song are subdued or missing. Firing up ”Stronger” from Kanye West’s ”Graduation”, the sound is certainly punchy but the bass drums thud through the track without the lively bounce you can hear on a better player. 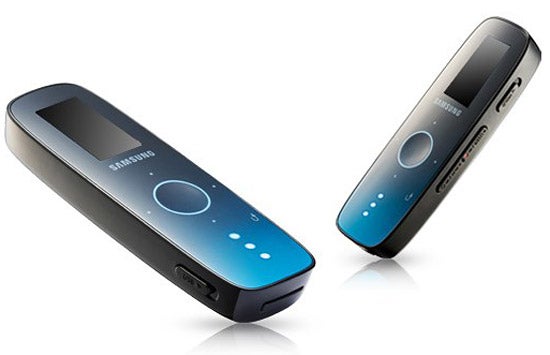 Meanwhile, the thick guitars in the chorus of Velvet Revolver’s ”Can’t Get it Out of My Head” sound messy, tinny and over-distorted where they should be rich and beefy. The U4 doesn’t do well when it comes to more sophisticated material, either. ”Milonga en Re” from Gidon Kremer’s ”Homage to Astor Piazolla” can sound sublime, with the forlorn solo violin rising and falling over a backdrop of slow, understated tango. Through the U4, however, it never quite comes to life. The little player can’t quite manage to resolve the different instruments or give the violin the aching sound it needs.


Still, when a player doesn’t sound great through the bundled earbuds – and let’s face it, most don’t – I usually hold out hope that things will be different when I plug in my reference Denons. Well, the U4 show signs of improvement, but there’s still something missing. 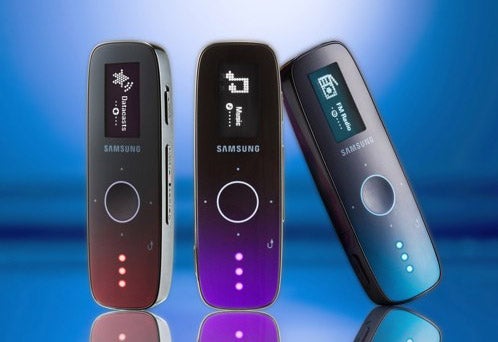 There’s power at the bass end and some reasonable definition at the top, but little in the way of warmth, while the player still struggles with more complex or thickly-layered arrangements. ”Sooner or Later” from N.E.R.D’s ”Seeing Sounds” is a great example of Pharell William’s expert layering of percussion, keyboards, rock guitars and thick, harmonised vocals (even if it does go on for far too long) but the U4 doesn’t quite do it justice. Again, the sound isn’t actually bad at all, but you’re missing out on the sort of texture and detail that makes a great song sound really brilliant.


Let’s be clear: at this kind of price we don’t expect miracles and you could do much, much worse than the U4. All the same, with the Sansa Clip and Creative Zen Stone series around, you could also do a little better.


With this in mind, the Clip retains its place as our king of the miniature MP3 market. It’s a shame, because the U4 has – to my mind – a much more attractive design and a nicer overall feel, and would – I think – do an even better job of persuading anyone you gave it to for Christmas that you had lavished cash on them when in fact you’d been quite tight (or maybe just credit crunch-conscious). With this in mind it’s still a good present for anyone you know who values style over sound quality, particularly as the output is more OK than awful. If you’re planning on buying one for yourself, however, I’d still push my money SanDisk’s way.


A nicely designed budget player that does a great impression of something more expensive. However, sound quality is mediocre in comparison to the SanDisk and Creative alternatives.