It used to be an unwritten rule in the computer industry that Apple kit is well-designed and easy-to-use but that it’s usually not that great value for money. It’s certainly something that afflicted its iPod range until recently – a fantastic piece of equipment, yes, but you could buy a player with equivalent capacity for far, far less. 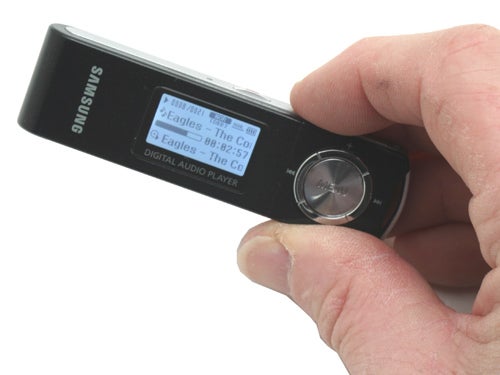 Gradually, however, that view is being eroded away, Apple is beginning to become more competitive price-wise, and nowhere is this more evident than in the company’s stunning nano range of players. Everyone was surprised when the nano was launched, not just at how gorgeous it was and how well Apple had managed to implement the famed clickwheel on a device this small, but at how low it had managed to set the prices. Here we had 2GB and 4GB flash players not only with all of that legendary Apple usability and design, but at a price to rival even ‘budget’ machines with a similar memory quota. Suddenly Apple seemed to have hit the sweet spot of desirability and value for money.


The response from the competition has been nothing if not disappointing. You might have thought major players such as iRiver and Creative would hit the panic button and race to slash prices. But that just hasn’t happened and Apple has been left to run away with the market. Finally, however, Samsung has come up with a player to rival the nano for value for money – the YP-U1Q. It boasts a capacious 2GB of music storage space and costs a mere £100, around £25 cheaper than the equivalent Nano. The question is, is it any good? 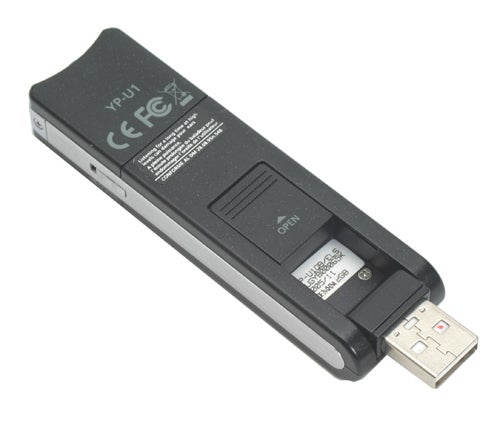 First impressions are favourable. The YP-U1Q may have one of the dullest names on the planet, but it does at least look pretty smart. It’s clad in sparkling black plastic, trimmed in silver and has a cool, white backlit screen. It’s not quite up to the ultra-desirable nano in the shiny shiny stakes, but it’s no ugly mug either. It manages to get one over on its rival in the size stakes, too, at about the size of a packet of chewing gum and despite the diminutive size of the thing there’s still room for a built-in fold-away USB plug which keeps things nice and neat. In fact the only thing about the design of the YP-U1Q which is less than sensible is the neck strap loop at the top. This is situated rather too close to the headphone socket and gets in the way of plugs with thicker than standard plastic mouldings.


Elsewhere it’s good news too. The YP-U1Q is compatible with all the file formats you’re likely to need – MP3, OGG, WMA and WMA DRM files as well – it has USB 2.0 so file transfers are quick, and it installs itself when plugged in as a USB mass storage device so there’s no need to go messing about with Samsung’s proprietary bundled software if you don’t want to. There’s a built in microphone for voice recordings in WAV format but surprisingly no FM tuner. 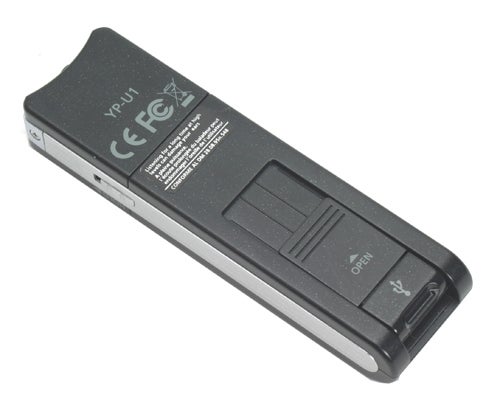 Unsurprisingly, the controls and navigation aren’t up to the same standard as Apple’s superlative clickwheel system but they are, however, by far the simplest and most intuitive I’ve come across on any other device this size. Whereas most small MP3 players require a degree in HCI (human-computer interaction) to operate, this device’s arrangement of buttons and menus seems to make perfect sense. Not once was I stuck thinking ‘which button do I press now?’ when attempting to navigate to a new track, play it or access settings. 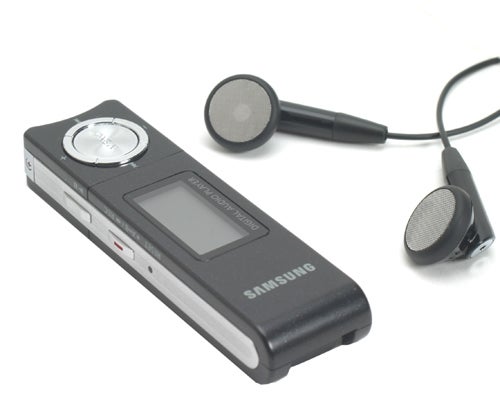 All of which brings me to sound quality. And, regrettably, this is one area in which the little Samsung lets itself down. It’s not dreadful by any means, just a little, well, uninspiring. Where a player such as Creative’s Zen Nano Plus breathes zest and life into music, listening to the same tracks on the YP-U1Q is a relatively uninvolving and flat experience. The mariachi-style trumpet on Calexico’s wonderfully atmospheric Tres Avisos lacks bite, while heavy rock such as on Metallica’s venerable Metallica album just doesn’t have the impact it should do. Vocals don’t have the atmosphere and presence you’d find listening to the same on, say, Sony’s NW-A1000 Walkman either. And though the nine band equaliser helps to sort some of these problems out, as does the bass boost feature, I still couldn’t help feeling that I was missing out on some of the music. Fortunately the supplied headphones are pretty decent, though the player will certainly benefit from a modest upgrade. 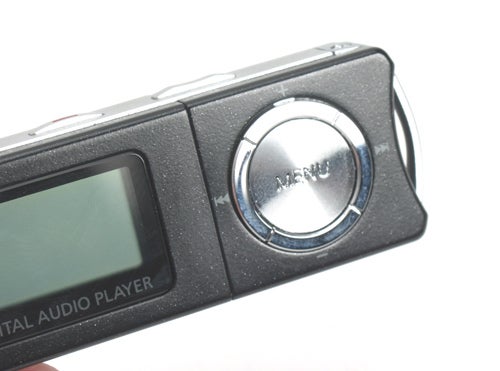 Perhaps just as serious as that flat music reproduction is that battery life is only rated at 13 hours. In day-to-day use I didn’t have a problem with this, and neither will you, as it’s easy enough to simply plug it into a USB socket on my desktop PC or laptop to keep it topped up. But in some circumstances – on holiday, for instance, when a PC might be more tricky to locate and you’ve not got your laptop with you – that short battery life could become an issue. It’s also disappointing when compared to other players in this sector – Sony’s Bean player offers up to 50 hours, Creative’s Zen Nano gives 18 hours on one AAA battery – and feels like Samsung has missed an opportunity to offer yet another advantage over Apple’s players.


Despite these failings, however, there’s plenty about the Samsung YP-U1Q to admire. Its generous 2GB capacity and low price are hard to ignore. It’s also small, light and generally well designed, boasts decent file support and a fold-away USB connector. It’s nice that you can use it to double as a USB flash drive too and, more importantly, it’s a superlatively easy machine to operate. In fact for anyone who has a library of paid-for downloaded DRM WMA music, or is looking for cheaper alternative to Apple’s Nano range, this is one of the best options out there at the moment. And you can’t ask for much better than that.