Samsung’s designer credentials have gone from almost non-existent to highly respectable in the past couple of years, largely thanks to an increasingly swish range of phones and LCD TVs. The company, once derided for producing cheap and cheerful tat, is now beginning to challenge the big boys such as Apple and Sony.


This new-found design nous is filtering down to the company’s other products and the most recent range to benefit from an overhaul is its MP3 players. But, having been so completely bowled over recently by iRiver’s gorgeous Clix player, Samsung’s 2GB YP-T9 was going to have its work cut out. 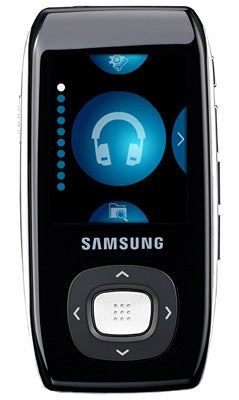 It gets off to a pretty decent start though, with looks that are certainly more Armani than M&S. Like the Clix, the T9 is built from a solid-feeling, glossy-black plastic. It picks up fingerprints like a forensic investigator at a crime scene, but then most products with this kind of finish do. It’s small and slim too – not the most anorexic player around perhaps, but it does fit nicely in your hand and is pretty light at just 49g. The slightly larger size also allows the inclusion of a rather swanky 1.8in colour screen and decent, thumb-sized controls on the front.


Those good looks continue when you switch it on, revealing the screen in all of its glory. It isn’t quite the crowd-pleaser that the Clix’s 2.2in screen is – at only 176 x 220 compared to 320 x 240, but it isn’t half bad. Watching video footage or viewing photos wasn’t nearly as eyeball-goggling as I thought it was going to be. 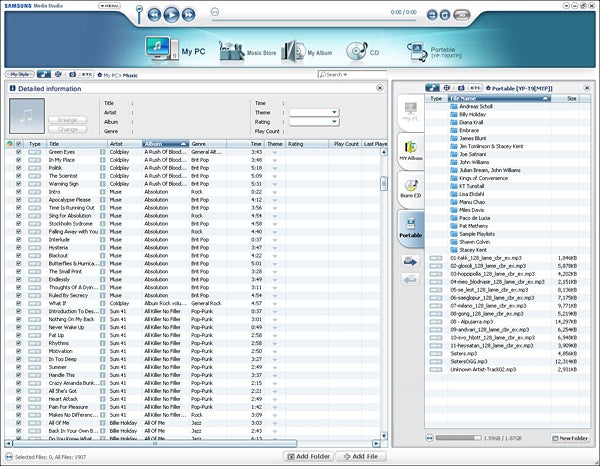 On the subject of video, the T9 plays back SVI files at 15fps, but fortunately there’s no need to worry about the conversion process. As you copy files across to the player using the supplied software the conversion is done for you and, impressively, it doesn’t take too long. Copying across a 42min episode of Heroes took around half an hour on my sluggish old Core Solo laptop, but those with faster machinery will see this fall significantly. The downside is that the list of file types the software will convert from is limited – WMV, AVI and ASF files are supported but it won’t convert DivX, QuickTime or MP4 files.

Apart from the ability to display video, the colour screen certainly lends the player an air of sophistication. For instance, as the player boots up you’re greeted with a cool, colour-coded menu system with smooth scrolling icons that makes browsing an absolute pleasure. The controls work well for the most part too. Moving through long lists of albums isn’t particularly swift but the directional pad on the front is mercifully simple. 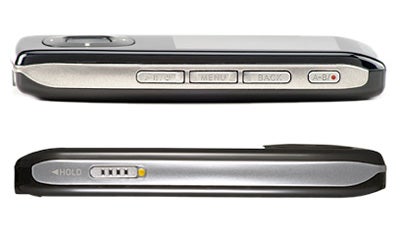 The main controls are complemented by a few more buttons on the sides of the player. There’s a dedicated record button for starting and stopping the recording mode – the T9 can record FM radio using its built-in tuner or act as an impromptu dictaphone with the integrated mic. There’s also a ‘back’ key for navigation purposes, a menu shortcut button and a play/pause button. It’s slightly confusing to use a button on the right edge instead of the one in the centre of the pad for playing/pausing, and for a left click on the pad to change from a “menu back” button to a “skip track” button when in play mode, but these are niggles you’d probably get used to over time.


Getting music and media onto the player is more straightforward. You can either drag and drop files straight onto the device or use the supplied software, which is usable but a bit unstable. Unfortunately the player uses a proprietary USB interface to connect – a major drawback if you ever happen to leave the cable behind and need a quick recharge. 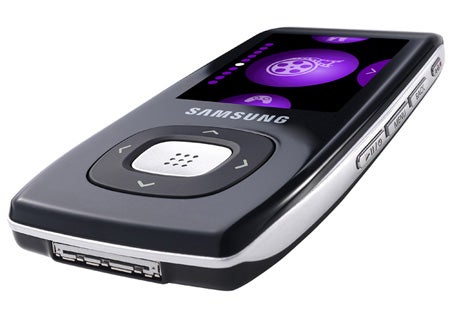 Aside from the colour screen, one of the T9’s principal selling points is its Bluetooth connectivity. This isn’t used for transferring files or music tracks of course – that would be silly – but for connecting the device to stereo Bluetooth headsets and speakers. Now, this works well enough (although it’s not supported in video or radio mode) and there’s nothing that can beat the convenience of going wireless, but because this shifts the digital to analogue duties away from the player it’s the headphones or speakers that will determine the sound quality. And you’ll have to spend a fair wedge of cash to get anything that’ll sound as good as a decent pair of wired headphones.


The Bluetooth capability also eats into the player’s battery life. It’s quoted at an impressive 30 hours with Bluetooth switched off, a figure I have no reason to doubt, but it only plays for around 13 hours with it switched on. Video playback reduces the battery life further – to around five to six hours.

Samsung has clearly spent a lot of time turning the T9 into a well-rounded media player. But has it done anything to improve the sound quality over previous efforts? I’d have to say, after extensive listening, no. It’s not that the T9 sounds at all bad. In fact, I’d go so far as to say it’s pretty good.


The brash, jangling pianos on Ben Folds’ Songs for Silverman are reproduced faithfully with plenty of detail. The coarse vocals and throbbing rhythms of The Prodigy’s classic dance romp Firestarter never pushed it over the edge into muddle and confusion. And the sultry tones of jazz songstress Stacey Kent sounded smooth and well-rounded. But, if anything, it sounds just a little too safe and I was always left wanting more – a tad lifeless you could say and no amount of tweaking with the user EQ or turning up the volume would fix that lack of excitement. 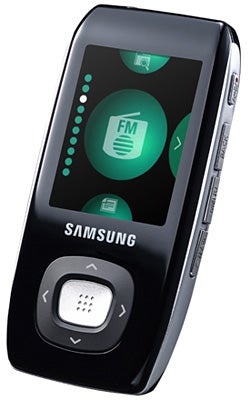 While I’m on the subject of disappointments, Samsung promises on the packaging and on its website that the T9 will play Ogg Vorbis files up to Q10 (that’s 500kbps!!). The supplied software will even rip CDs to Ogg for you. This would be a great feature, if it actually worked properly. The T9 will play Ogg files but only after you rename them with the .mp3 file extension. This is bizarre but nothing compared to the fact that once you’ve renamed your Ogg files so they’ll play on the T9, Samsung’s software then refuses to recognise them. The T9 won’t play AAC files either, but at least it’s compatible with WMA DRM files.


Despite the irritations, the T9 is a good player. However, it suffers in comparison with some very hot competition. It looks smart, but if looks were all that mattered you’d buy a Nano. It has media playback capabilities, but so does the iRiver Clix with its bigger screen. It sounds good too, but iRiver and Sony are streets ahead on that front. And the price, though competitive at £93.84 for the 2GB player, isn’t amazingly cheap either. Of course it does have Bluetooth, which none of the others do, but this is not the killer feature that the T9 needs it to be to pull it ahead of the competition.