Korean industrial and electronics giant Samsung continues to be one of the most prolific digital camera manufacturers, with a current product range consisting of over 30 compact cameras, the GX20 digital SLR and the new series of NX mirrorless system cameras. Despite this impressive display of productivity, until now Samsung has never made a superzoom camera. (”EDIT: I forgot the Pro815 launched in 2006.”) It was clearly just a matter of time though, because the company has recently launched the WB5000, a technically impressive 12.5 megapixel camera with a 24x zoom lens.


Most of the camera manufacturers have at least one superzoom model in their product range, and there are a number of very good ones against which the WB5000 will be competing. The benchmarks in this category are the superb Panasonic FZ38 which has a 12.1MP sensor and an 18x zoom, and the Canon SX10 IS, which has a 10MP sensor and 20x zoom. Both models have 720p HD video with stereo audio. The WB5000 has a specification which is a close match for its competitors, including a f/2.8 – f/5.0 24x zoom lens equivalent to 26-624mm, 1280 x 720 resolution video with stereo audio and full optical zoom, dual optical and digital image stabilisation, a three-inch 230k monitor, optional manual exposure and Raw mode shooting. For a first attempt it’s pretty impressive stuff. 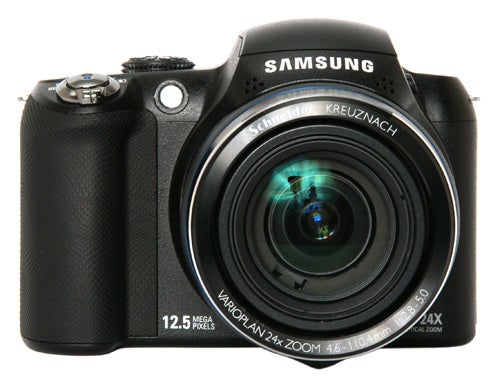 The overall design of the WB5000 is broadly similar to a number of other traditional superzoom cameras such as the Nikon P90 or the Olympus SP-590UZ, with a large lens barrel and a rubberised SLR-style handgrip. The body is surprisingly slim and quite light, over 100g lighter than the SX10 IS, and within a few millimetres and a few grams of being the same size and weight as the FZ38. The build quality is very good, and despite its low weight the camera feels well made and durable.

Most superzoom cameras serve as a half-way point between compact cameras and digital SLRs, and the WB5000 features the extensive creative options of the traditional “bridge camera”. It has the option of aperture priority, shutter priority and full manual exposure control, with three stops of aperture control and shutter speeds from 16 seconds to 1/2000th of a second in increments of 1/3EV. Exposure control is adjusted by a rotary bezel on the D-pad, which is not one of my favourite control options but in this case it does work well, with a nice positive action and just enough tactile feedback to work. The menu system is similar to the WB500, and is very clear and easy to use. 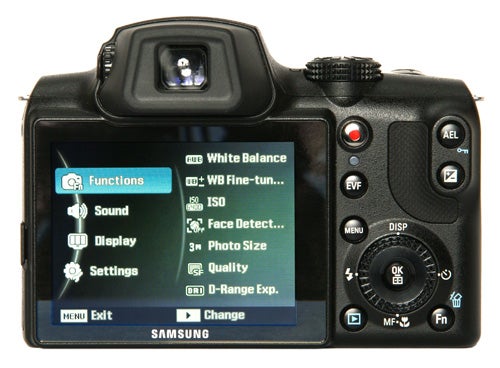 The other controls are also well thought out, with separate buttons for exposure lock and exposure compensation, and a dedicated button to instantly start video recording. The zoom control is a rotary bezel around the shutter button, and is a little jerky, but it has a dual speed function allowing careful framing.


As one might expect from one of the world’s biggest manufacturers of LCD panels the monitor is good too, very clear and bright with a good refresh rate, but it has a reflective plastic cover which does make it difficult to see in bright sunlight. The LCD viewfinder could also be a bit better. The resolution isn’t really sharp enough to check focus and it also lacks dynamic range, with very little shadow detail. 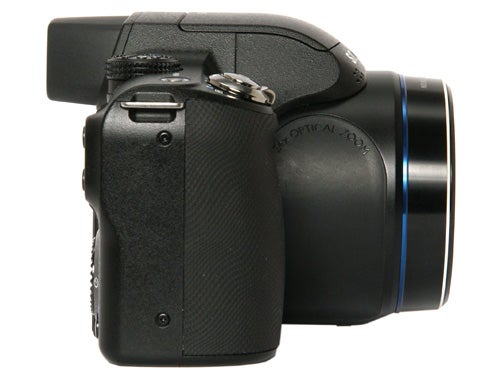 The video recording quality is excellent, as is the audio quality. The stereo microphones are mounted just above the lens barrel, but despite this they don’t pick up much noise from the zoom motor. Picture style colour modes are available in video mode. Clips are limited to 20 minutes and are are recorded in MP4 format.

Although Samsung has made a lot of progress in design, build quality and specification it still has some way to go in overall performance. The WB5000 starts up fast enough in just under three seconds, but the single shot mode shot-to-shot time of nearly four seconds is pretty slow. In continuous shooting mode it can manage just under a frame a second, but the shooting rate is erratic and slows down noticeably after eight shots. 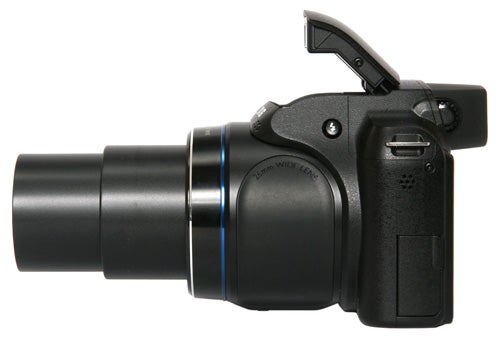 The autofocus system is also somewhat slower than most of its competitors, although it is still pretty quick by most standards. Low light focusing is slower still, but it is reliably accurate. The AF assist lamp has a range of around three metres. The pop-up flash is quite powerful and has good frame coverage even at wide angle. It has a recycle time of approximately six seconds after a full power flash.


The WB 5000 is powered by a 3.8V 1130mAh lithium ion rechargeable battery, which should be powerful enough, but it is moving a lot of glass around whenever the zoom control is operated. Samsung’s official spec sheet doesn’t list any tested battery duration, but I found that after a full charge the battery indicator was down to one bar after around 100 shots, which is a bit worrying. 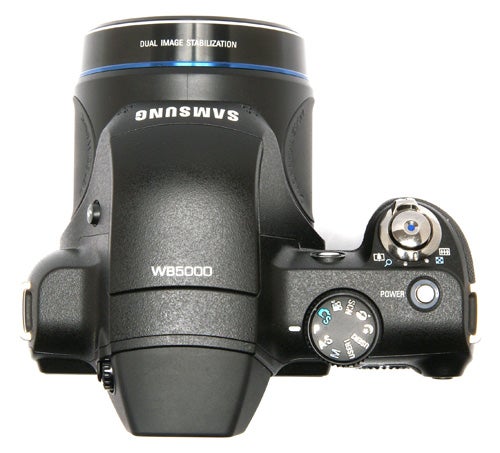 Another area where Samsung needs to do some more work is overall picture quality. The quality of the Schneider Keuznach lens is very good with excellent edge-to-edge sharpness, and the software distortion control means that even at the wide-angle end there is no visible barrel distortion. The sensor is of the small 1/2.33-inch type, and dynamic range is very limited, with very little shadow or highlight detail. The camera has a Dynamic Range Optimiser feature, but it’s not particularly effective, only boosting exposure to increase shadow detail, and colour saturation is also rather lacking. There are also some problems with image noise, or rather noise control. There are distortions in colour gradients and visible noise at 200 ISO, and significant loss of detail at 400 ISO. The 3200 and 6400 ISO high-sensitivity settings are available at lower resolution (5MP and 3MP respectively) but the image quality is very poor.

For a first attempt at a superzoom camera the WB5000 is a very good camera. Design and build quality are excellent, it a list of features comparable with its market rivals, and like most Samsung cameras it is competitively priced. Its only weak points are its overall performance and its mediocre image quality. 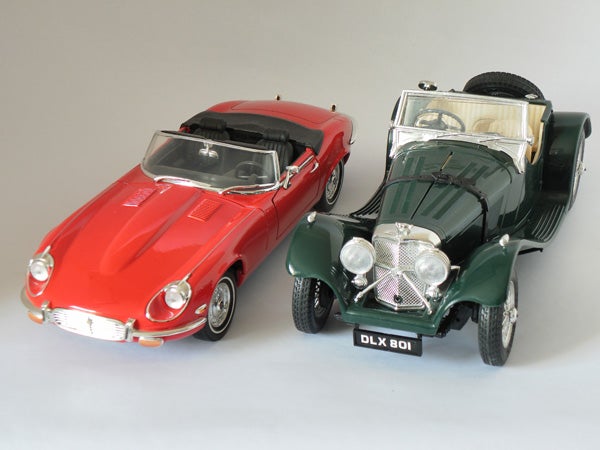 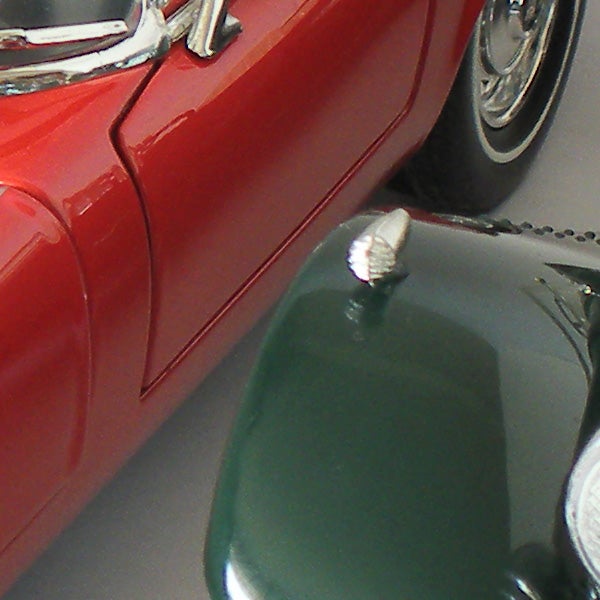 Even at 64 ISO there is some colour mottling in the red areas. 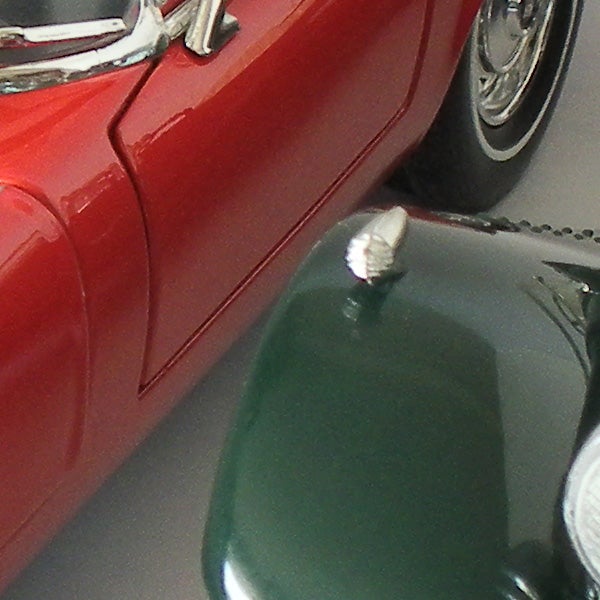 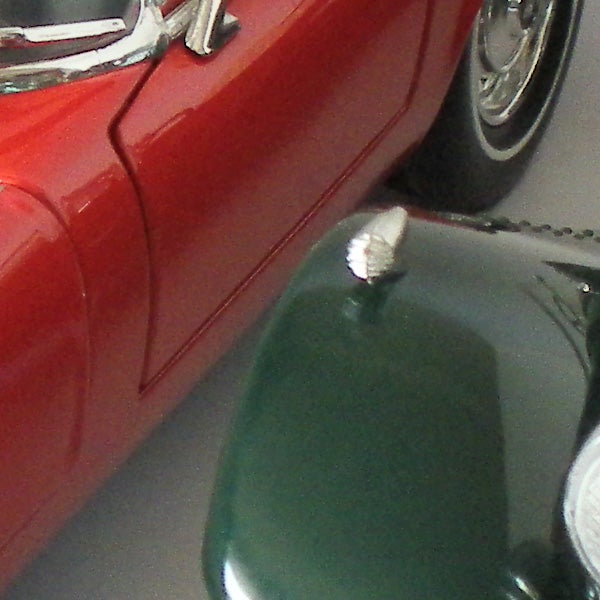 There is a light fuzz of image noise at 200 ISO. 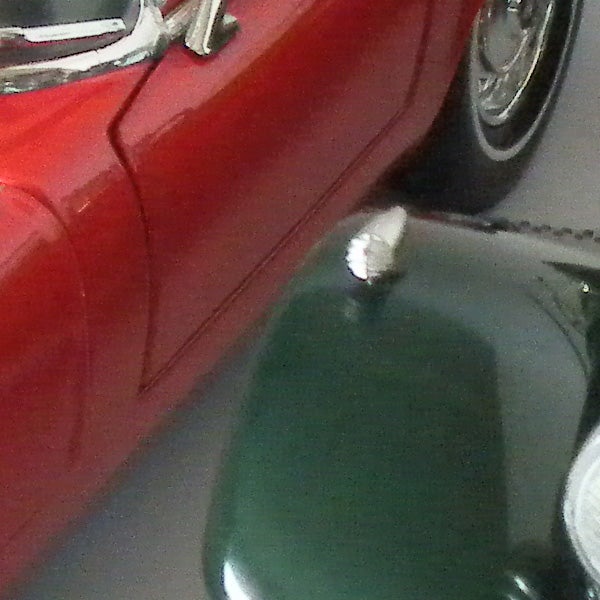 Noise reduction at 400 ISO has greatly reduced the level of fine detail. 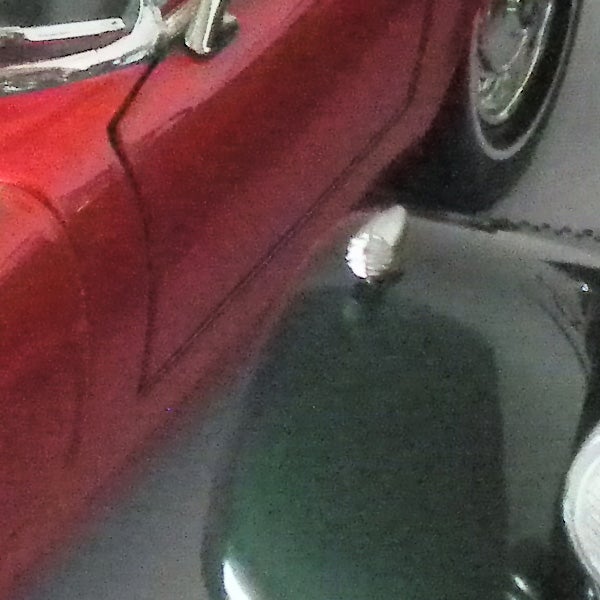 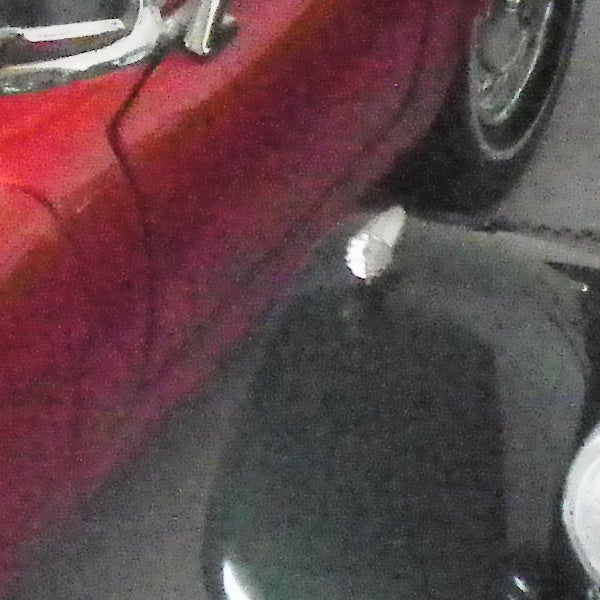 By 1600 ISO the image quality is pretty much unusable. 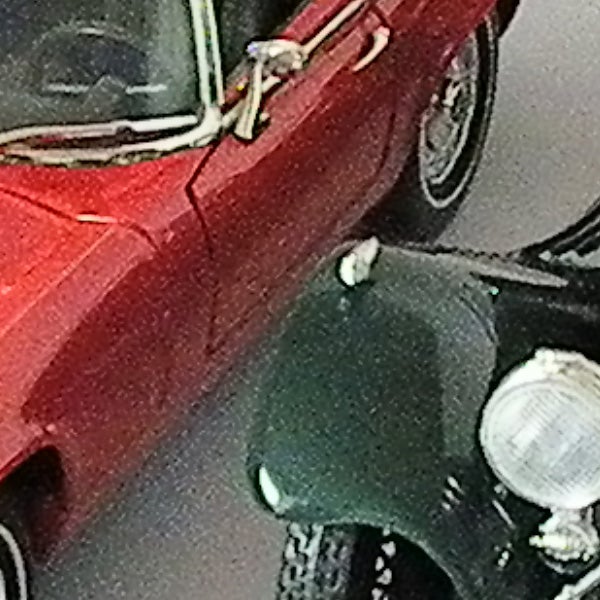 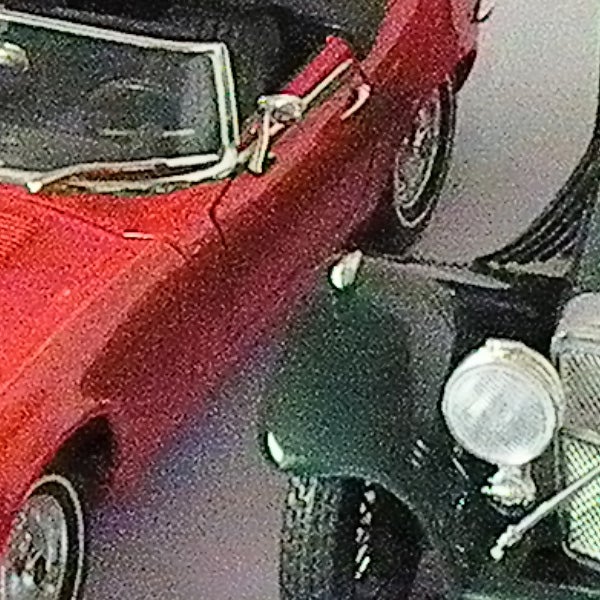 6400 ISO is available at 3MP, but the quality is even worse. 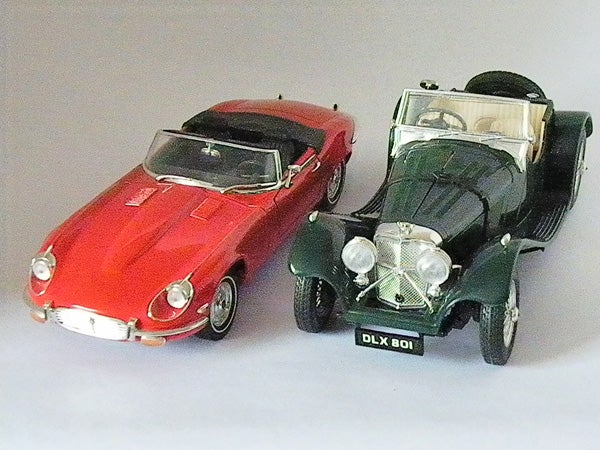 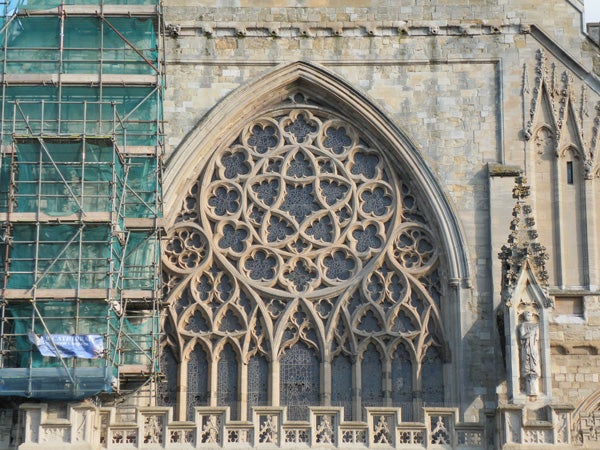 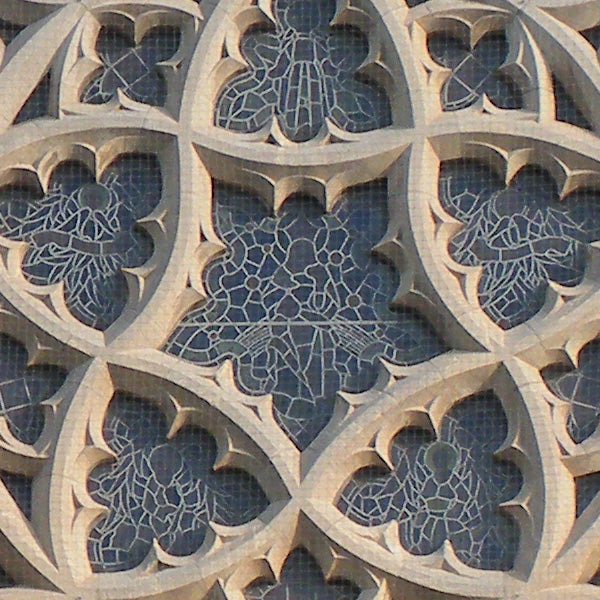 The overall level of detail is very good, but the image is poorly processed and over-sharpened. 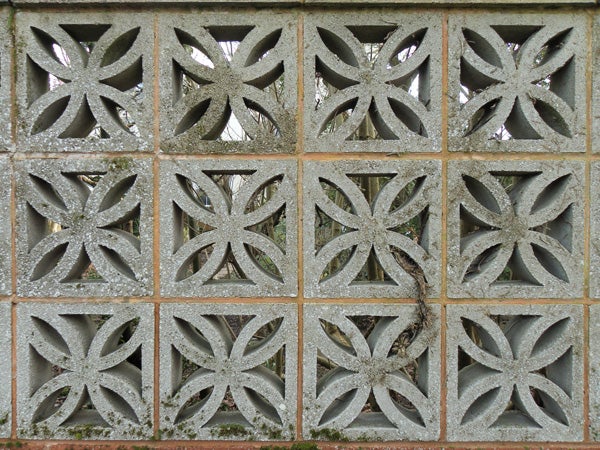 There’s no wide-angle distortion, but some of that is due to image processing. 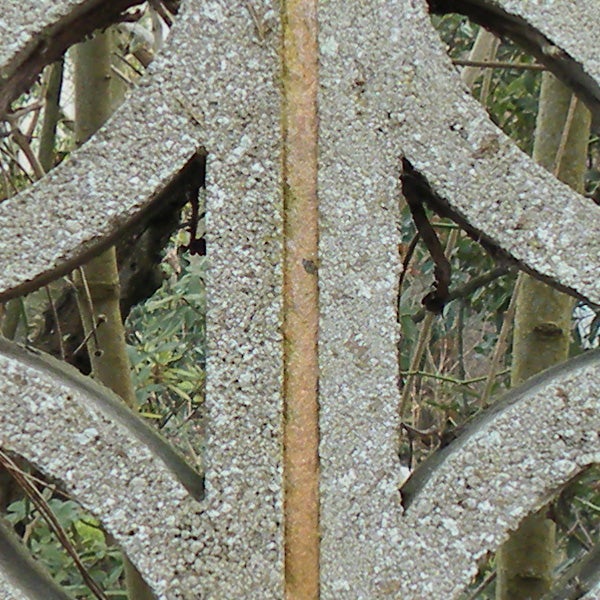 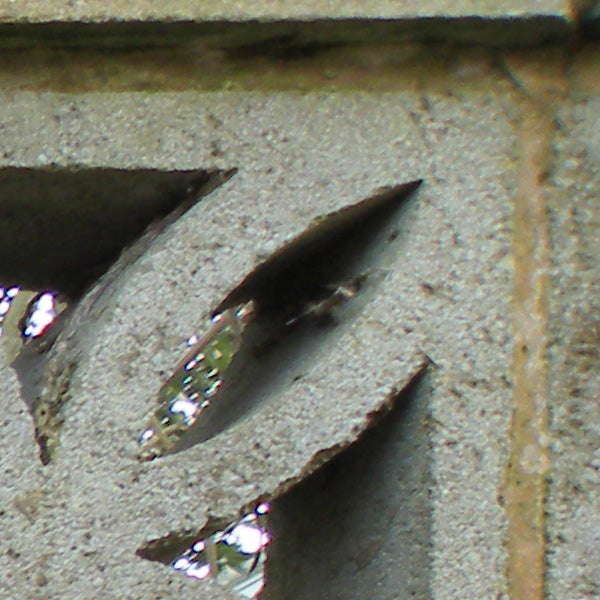 Corner sharpness is also very good, with no chromatic aberration. 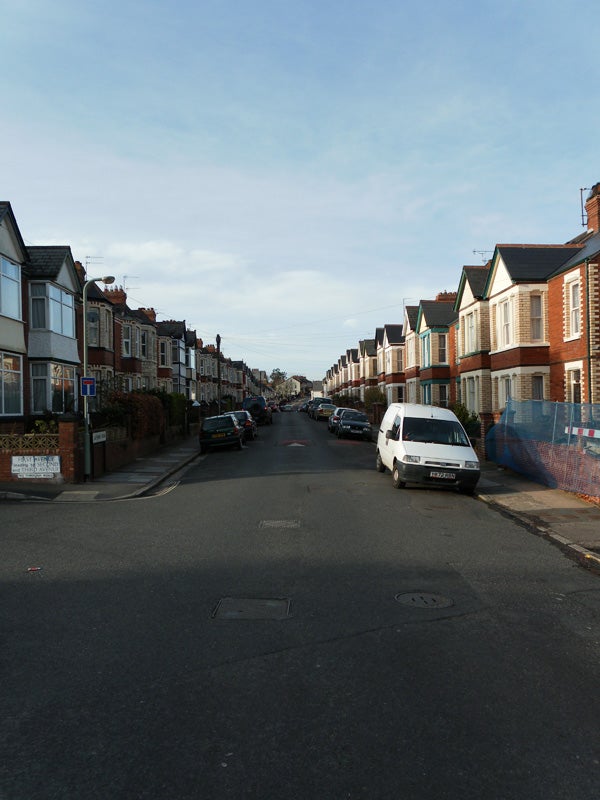 The wide-angle end is equivalent to 26mm. 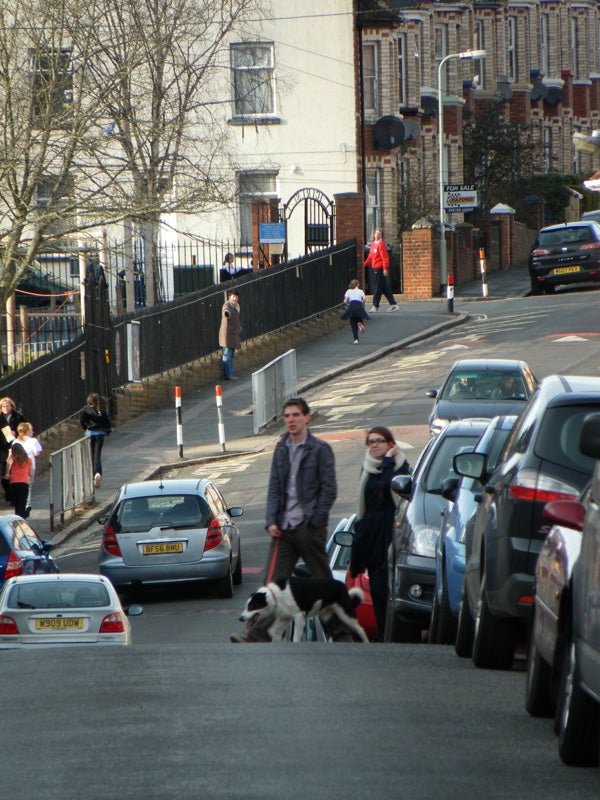 The telephoto end is a stalkertastic 624mm. 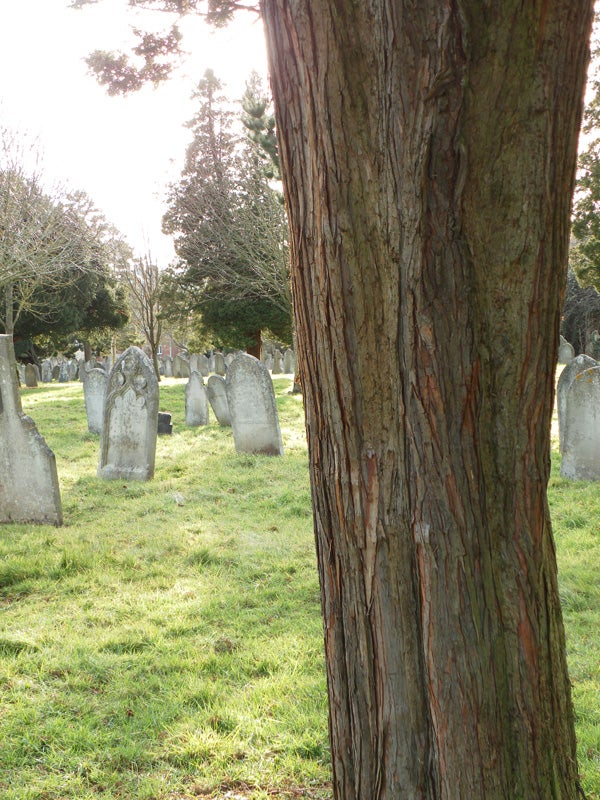 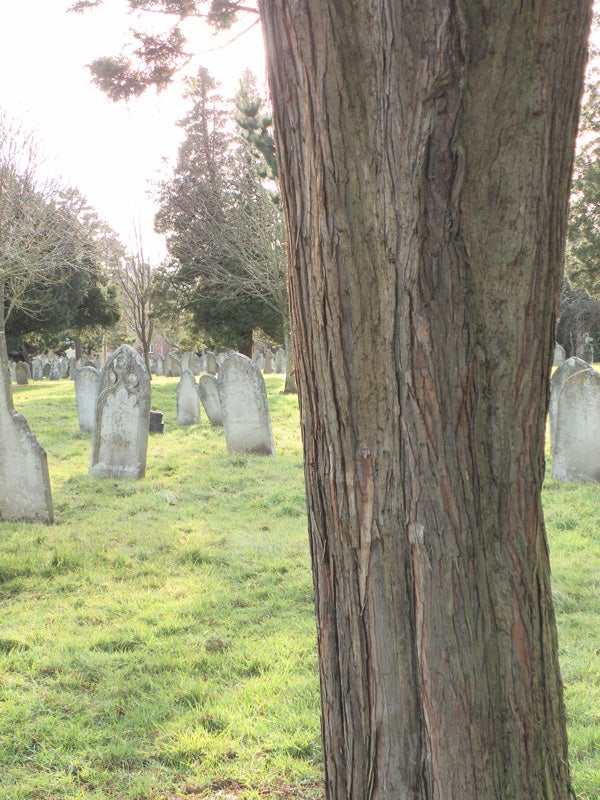 The Dynamic Range Optimiser function doesn’t do much, just increases brightness a bit. 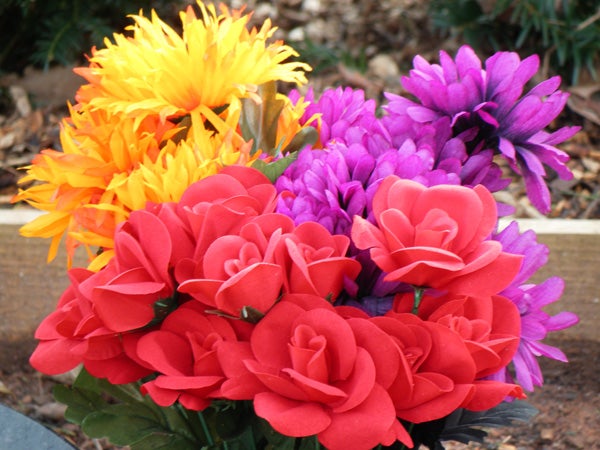 Colour is well balanced but lacks saturation, even in bright sunlight.