The Samsung WB150F is a new entry to Samsung’s range of connected TVs, sporting as it does in-built Wi-Fi. It also packs in an 18x zoom and manual controls to make for a truly versatile compact camera. We got hands-on at CES to see if it can truly be a master of all.

First impressions are that this is a well built camera. Built partly from metal, it has a solid feel with buttons that feel responsive and well planted. As a superzoom compact it’s relatively large for a compact camera with dimensions of 91 x 53 x 18mm but this actually makes it quite nice to handle, as it fits comfortably in the hand. The front finger grip isn’t the best we’ve encountered but it’s still pretty secure. There’s also a rubber patch on the back to give your thumb some purchase. 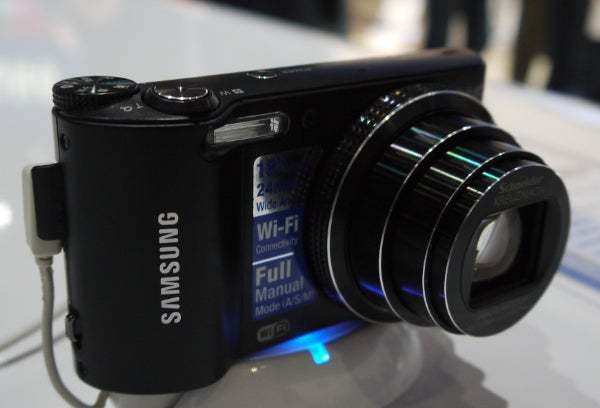 The controls are sensibly laid out and immediately felt intuitive to use. Up top is the shutter button with surrounding zoom control, alongside the main mode dial. On the back you get a D-pad, playback button and separate video record button, though you don’t get a scroll wheel round the D-pad as is becoming quite a common feature. This is shame particularly because there is a fully manual mode on this camera, which is a bit slow to setup using just the D-pad. However, considering how rare it is to have a proper manual mode on such a camera, we’ll forgive Samsung. 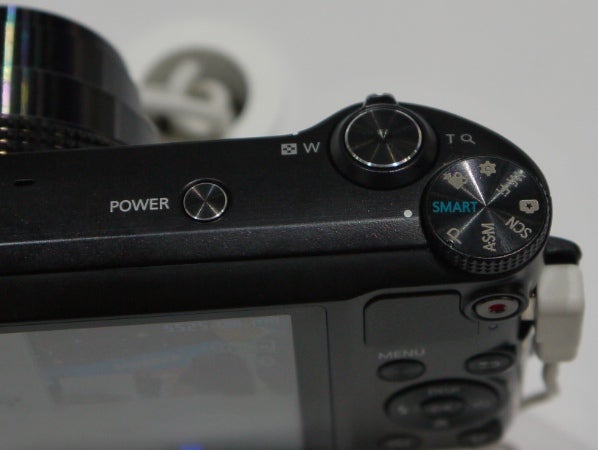 The screen is s 3in AMOLED model with a fairly lowly resolution of 640 x 480 (30,700 dots). However, it didn’t feel to limiting when we used it. Certainly it helps that its viewing angles are essentially infinite and it gets super bright.

The focal length range of this camera is a core part of its appeal with a wide 24mm wide angle and a lengthy 432mm telephoto (18x). This should serve you well for everything from social self portraits to holiday nature watching. 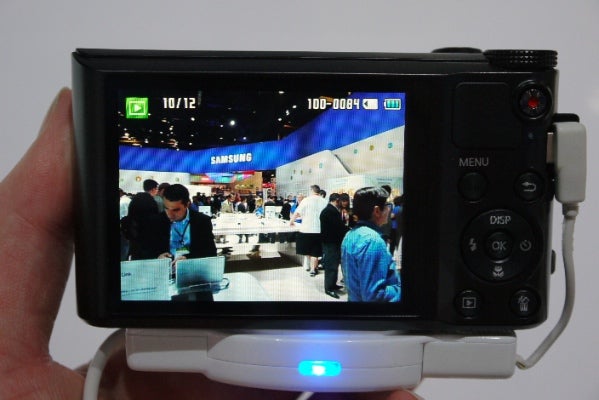 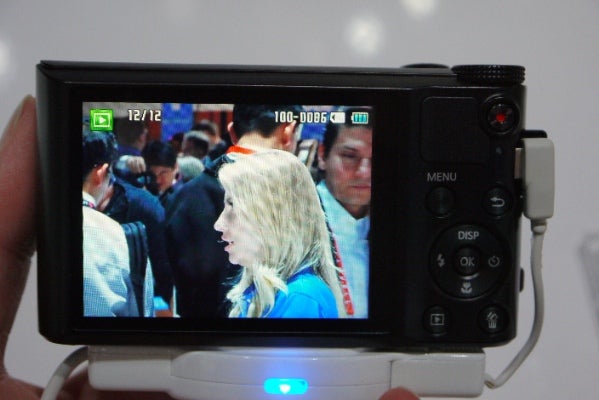 Image quality looked fairly typical for a modern super zoom camera. Exposure and coloration were good but with the relatively slow lens, there was limited scope for creative blurring out of backgrounds (without resorting to a digital effect). For everyday snapping, though, it should more than suffice.

The real trick up this cameraa’s sleeve, then, is its Wi-Fi connectivity. The most obvious application for this is you can upload your snaps straight to Facebook, Picasa and YouTube but you can also do some more useful things. 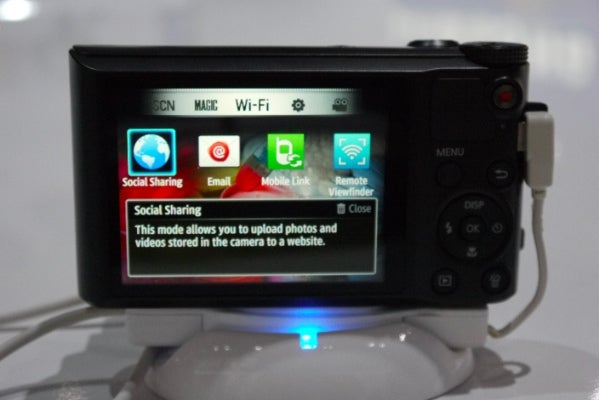 You can use conventional Wi-Fi or Wi-Fi direct to sync your pictures to your computer (with the help of Samsung’s software), or you can throw them straight to your (Samsung) Android smartphone and best of all you can use your phone as a remote viewfinder.

We were shown all these in action and the process was impressively simple – the wireless syncing of your photos alone is enough to by tempting. 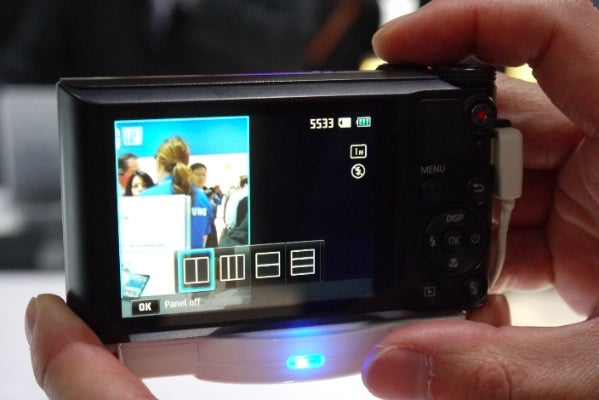 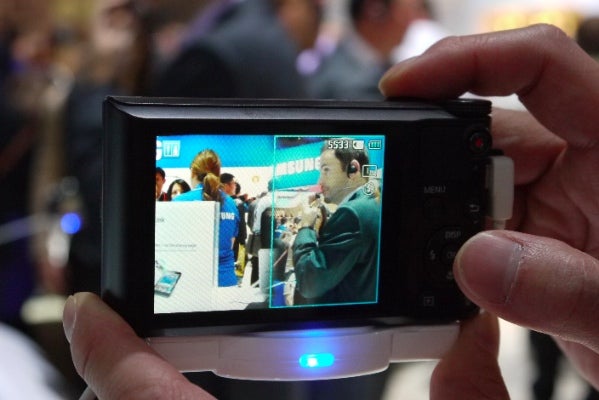 You also get some fun and intriguing shooting modes, like the split screen mode that lets you fill two sides of a photo with two different shots (there are options for multiple columns and rows too).

So, while we certainly need to have a much more extensive play with this camera to judge its performance, our initial impressions are that it’s a great all-rounder. The large zoom range and manual controls make it a versatile snapper while the Wi-Fi features add plenty of useful abilities. Definitely one to look out for.