Waterproof camcorders are increasingly ubiquitous, particularly at the pocket Internet end of the market. After all, if you’re buying a camcorder small enough to take anywhere, one of those places you may want to takes it could well involve water, and it might also include sand and the chance of an accidental knock or two. Latest to offer protection from these types of conditions is Samsung. But its W200 offers a few surprises compared to most waterproof “candybar” camcorders we’ve tested.

Where the Polaroid X720’s resilience abilities haven’t been certified to particular standards, the Samsung W200 comes with a raft of accreditations. It’s shockproof to IPX8 and dustproof to IP5X. The former means the W200 can withstand a drop from 2m, whilst the latter implies it won’t let any dust in. Samsung also states the W200 can resist a depth of 3m underwater, although this claim is not backed up by any particular international standard. Nevertheless, although the W200 probably wouldn’t cope with deep sea diving or being run over, you can happily use it in other relatively extreme conditions. 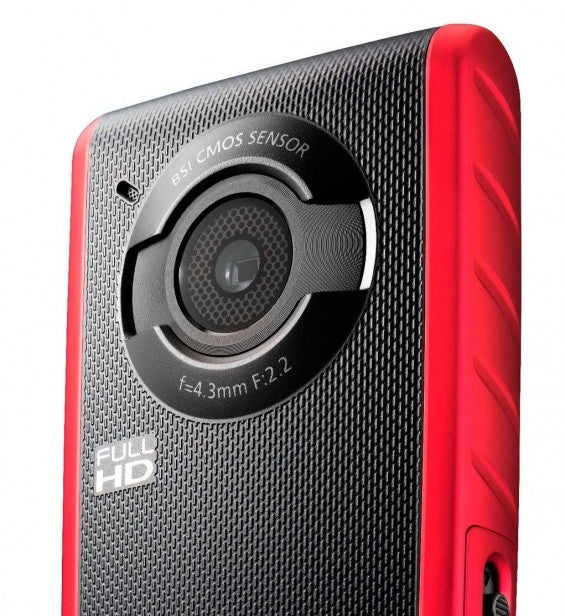 To achieve these abilities, the W200 has a lockable door protecting the compartment containing the memory card slot and mini HDMI port, whilst another hides the USB plug. The locking mechanisms here don’t appear to be quite as foolproof as the best, double-locked systems out there (primarily on Panasonic’s models, such as the HM-TA20), but the switches are very stiff, so you’d have to be pretty unlucky to open them accidentally. As we already mentioned, unlike every other waterproof camcorder we’ve tested in this genre there’s an actual USB plug, rather than a socket. So you won’t need to carry a cable to hook the device up to a computer. Intelli-studio Light is built in, which will allow you to edit footage once it has been copied to a desktop computer, but can upload directly to YouTube, Twitter, Flickr, Facebook, Picasa, and via email.

The real trick up the W200 sleeve, however, or at least embedded in its circuitry, is its 1/3.2in CMOS. Not only is this pretty large for a budget camcorder, and the 5Mpixel resolution is decent too, but it also sports back-side illumination. This technology relocates the sensor wiring on the rear so each pixel receives more light, which has significant benefits for sensitivity, particularly when conditions are not very bright. This is a very promising specification for a budget camcorder. The W200 uses its sensor to provide video recording at 1,920 x 1,080 or 1,280 x 720, both at 25 frames per second, and still image capture at resolutions up to 5.5Mpixels (2,720 x 2,040). 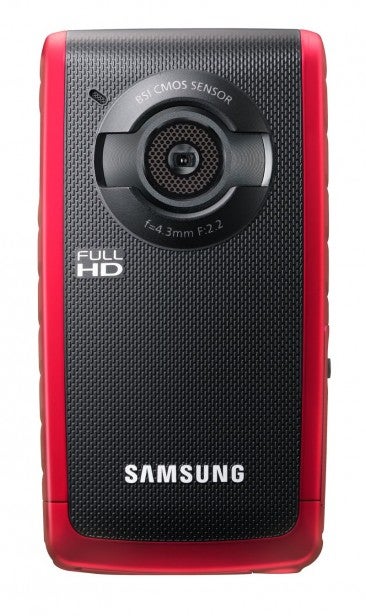 Footage and photos are stored on MicroSD card. This is only the second camcorder we’ve reviewed to use this as its primary storage format, but it’s the de facto standard on mobile phones and is only slightly more expensive than regularly sized SD. The smaller memory card size allows the W200  to achieve its relatively diminutive proportions of 60 x 113 x 19.7, weighing in at 140g. Each gigabyte of capacity is enough for around 8 minutes of footage, so 8 or 16GB will be all most people need, adding around £15 to the overall cost of the device (for the larger of the two). 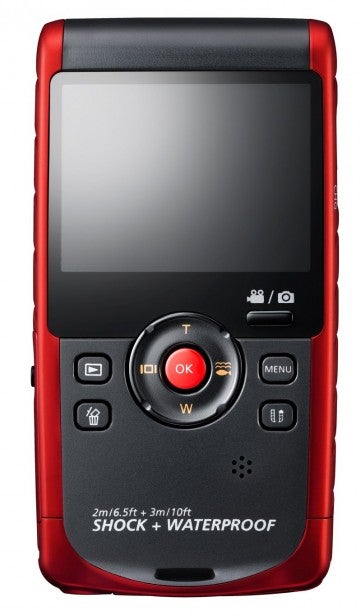 The W200 has a reasonable selection of features as well, although not as many as some waterproof camcorders in this class we’ve tested, such as Polaroid’s X720. Most useful of all, considering the intended purpose, is the underwater filter. This is immediately accessible via the D-pad, and alters the white balance significantly to make up for the discolouration caused by shooting through water. We found it reasonably effective. The only other directly accessible shooting function is the zoom, again via the D-pad. However, as always with this class of camcorder, the zoom is digital, and only offers a 3x factor, so isn’t that useful. It will also reduce image quality when invoked, as it simply blows up the picture digitally and interpolates the necessary pixels.

All other settings must be found via the menu system. You can toggle the face detection and image stabilisation. The latter is digital, and only mildly effective, but worth having nonetheless. There is a small selection of digital effects, but these are a little more adventurous than the usual fare. Alongside the ubiquitous negative and sepia options are settings to create a fisheye look and vignetting. There’s also backlight compensation available, which will be useful but we wish this was more directly accessible than through the menu. Scene modes are invoked automatically as the camcorder detects conditions, but you’re not given the option to choose these manually. There are no other settings available, not even a basic exposure control. 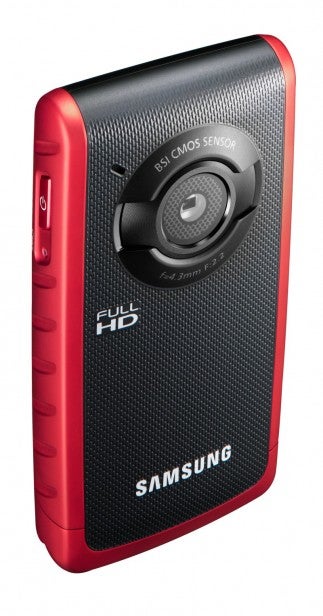 As we predicted from the sensor specification, the W200’s image quality is its major strength. On paper, the CMOS is similar to those found in premium camcorders. Whilst the tiny lens means performance is merely good in bright conditions, detail and colour are commendable for a camcorder this price. However, low light abilities exceed even what we’ve come to expect from pocket Internet camcorders, which generally do better than their prices would imply. The image remains very bright down to poor levels of illumination, colour fidelity is maintained and there’s little sign of grain. This would be a good capability in any camcorder, but it’s essential in one aimed at shooting in the gloomy depths, and the W200 performs admirably.

In many respects, Samsung’s W200 is just another toughened, waterproof pocket Internet camcorder. But it is equal to the best in its specifications in this area. It also offers the best performance in low light that we’ve seen in any camcorder costing under £100, making it particularly well suited to its intended aquatic shooting task. So, whilst it’s not exactly bursting with features, the W200 is an ideal companion if you want to grab footage during shallow scuba diving or just in difficult conditions where normal camcorders just aren’t tough enough.