Donning one of the two pairs of free 3D glasses you get with the UE85HU7500 reveals that it clearly suffers with more crosstalk noise than its smaller siblings – clear evidence that it’s using a different grade of panel at its heart.

This ghosting issue was particularly obvious on the first 85HU7500 we saw, though after some firmware tweaking Samsung did manage, to its credit, to greatly reduce the problem. But 3D images still don’t look as clean and ghost-free as we’ve seen them look on some other Samsung TVs. 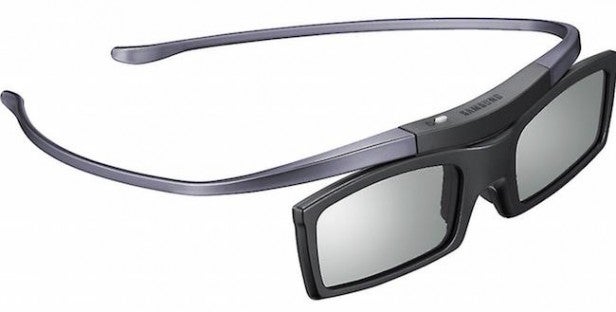 The 85HU7500’s 3D images are, though, impressively bright and colourful compared with every rival brand of active 3D system we can think of. What’s more, since the set has to upscale 3D Blu-rays to UHD to support the active 3D format detail levels look immense versus rival passive 3D pictures.

You’re able to enjoy pretty extreme volumes that comfortably match the epic scale of the images without suffering distortions or harshness, and treble detailing is excellent, ensuring the soundstage always sounds busy and clean.

There’s a solid wedge of bass underpinning action scenes too – though this sometimes works a bit too hard on male voices, making them sound slightly thick and ‘soupy.

Other issues are that occasionally dialogue sounds like it’s coming from the bottom of the screen rather than its centre, and that the soundstage isn’t propelled much beyond the edges of the screen.
There’s no denying, either, that while excellent by Samsung standards the audio on the 85HU7500 isn’t quite up there with the outstanding efforts of Sony’s X9005B series or LG’s 980V series.

One other issue is that during our tests we spotted some quite noticeable dislocation between the video and audio tracks while watching Netflix’s UHD feeds – more than could be fixed via the TV’s built-in audio delay feature. Samsung agreed with us that there seems to be an issue here, and at the time of writing hasn’t yet come up with a fix. If this situation changes (Samsung has a better record than most brands of resolving problems discovered during our tests), we’ll update the review.

If you’ve ever tried gaming on a projector or other king-sized TV you’ll know how immersive an experience it can be. So the prospect of enjoying the likes of Alien: Isolation and Destiny on the UE85HU7500’s 85-inch screen is mouthwatering.

Happily Samsung’s monster delivers the goods. Its impressive sharpness, contrast and, for the most part, colours look great with game graphics, and it’s good too to find that action scenes or rapid camera pans aren’t left looking too blurry or juddery. 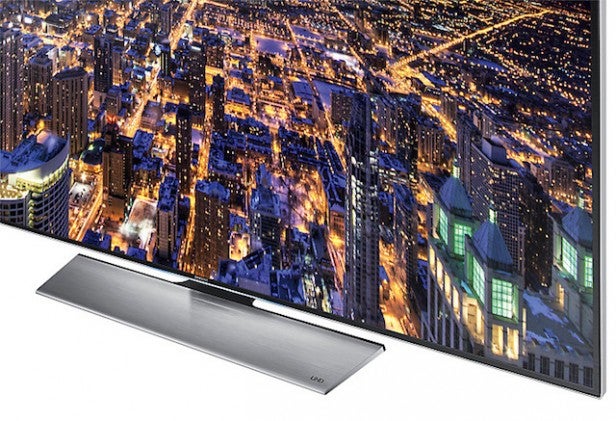 Best of all, using the TV’s Game setting (hidden in the General submenu of the System menu, for some reason) our tests measured input lag at just 33ms. This is an excellent result for a UHD TV, and shouldn’t have a major impact on a typical gamer’s skills.

If you can cope with its sheer enormity and have £8000 burning a hole in your pocket, the UE85HU7500 is a spectacular way to dive headfirst into the new, made-for-big-screens world of UHD. Especially as similarly sized, similarly ‘affordable’ competition is unsurprisingly thin on the ground right now.

However, if you get a UE85HU7500 you really need to factor in the costs of paying for as much native UHD content as you can get your hands on, as this 85-inch screen is pretty merciless in exposing the differences between native UHD and upscaled HD, despite the talents of Samsung’s upscaling engine.

If you don’t see yourself subscribing to Netflix UHD and Amazon UHD (when it launches on Samsung’s TVs) as well as bagging a 4K Blu-ray player as soon as they launch at the end of 2015 then a smaller UHD/4K TV like the excellent Sony 65X9005B or Samsung UE65HU8500 might be a safer bet.

So long as you’re careful how you set it up, the UE85HU7500 is a terrifically cinematic and surprisingly affordable way of taking maximum advantage of UHD/4K. Take note, though, that it’s also pretty ruthless about exposing any weaknesses in non-UHD sources.