The UE78JS9500 could just be a home cinema fan’s dream come true. After all, it takes the ground-breaking high dynamic range (HDR), native UHD/4K resolution and Tizen smart TV features of the recently tested UE65JS9500 and shoves them into a substantially bigger 78-inch screen. So aside from the piffling fact that it will set you back only a penny under 10 grand, is there anything not to like about this king-sized hunk of AV love?

Not surprisingly, the UE78JS9500 cuts an imposing figure in your room – the sheer acreage of screen sees to that. It’s not an unpleasant imposition, though, thanks to the lovely finish of the slender, chamfered frame, and the striking curved shape of the screen. Whatever else you might think about curved TVs you can’t doubt their attractiveness. Unless, perhaps, you’re hanging one on a wall. 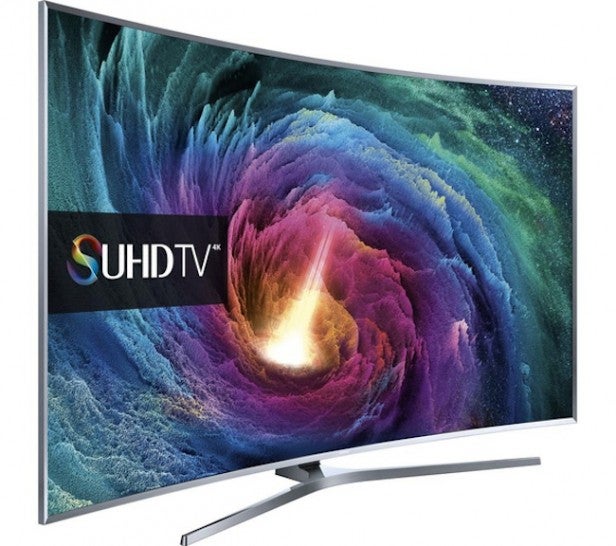 The UE78JS9500’s chassis is a bit deeper than most, but it has a very good excuse for its chunkiness: namely that it carries a direct LED lighting system where the LEDs are positioned directly behind the screen rather than around its edges. As we’ve already seen in comparing the UE65JS9500 with the edge-lit UE65JS9000, using a direct LED light makes a big difference when it comes to unlocking the full potential of the new ultra-bright, wide colour gamut HDR format, so there’s little reason to suspect the same lighting system will be any less successful here. In fact, its impact could be even more dramatic given the extra canvas size it’s got to work with.

We won’t go into more detail on the background to HDR here, as we’ve covered it in depth in a separate article. But it is worth quickly saying that in order to earn its HDR stripes, the UE78JS9500 combines a newly developed ultra-bright panel capable of around 1000 Nits (at least double the luminance of typical LCD panels) with a wide colour gamut display that uses Samsung’s Nano Crystal technology to deliver a claimed 93 per cent of the DCI spectrum designed for commercial digital cinemas.

The presence of these two cutting-edge technologies together with the always-expensive direct LED lighting already go some way towards explaining the UE78JS9500’s cost. Even if explaining it doesn’t exactly help you afford it…

It should be pointed out here that for all its technological prowess, the UE78JS9500’s HDR capabilities are currently more than a little hamstrung by the fact that there isn’t any HDR content for the set to feed on. It’s coming – first via a few Netflix streams in the coming few months, and then via the upcoming UHD Blu-ray format. But for now, unless you’re lucky enough to be sent some specially created HDR movie clips on a USB stick like we have been, you’ll have to wait a while for the full potential of your £10,000 investment to be unlocked. 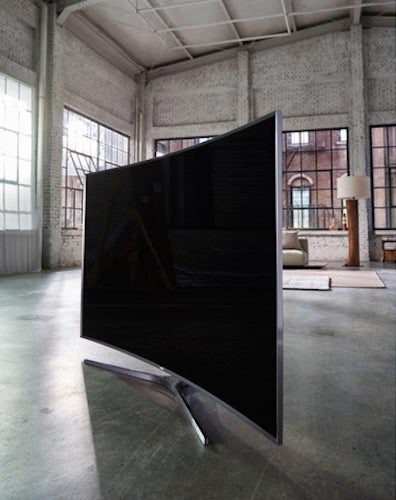 Having said that, it will surely prove the case with the UE78JS9500 as it did with the UE65JS9500 that all the brightness and colour richness developed for HDR will also inject new life into all the normal Blu-rays, video streams and TV broadcasts you’re currently watching.

The UE78JS9500’s native UHD resolution is also not served by as much native UHD content as we would have liked to see by now. There’s a bit on Netflix, a bit more on Amazon, and again UHD Blu-ray is waiting in the wings. But UHD really will come in force eventually, and again thanks to some excellent video processing – driven by an Octa-core chipset, no less – the UE78JS9500 can convert HD content to UHD surprisingly effectively.

Even the UE78JS9500’s connections are more exciting than usual. They’re all found on an external ‘One Connect’ box that also houses the TV’s main processing brains, the idea being that when Samsung develops new processors and operating systems for future TVs you’ll be able to upgrade your UE78JS9500 simply by getting an updated One Connect. Even better, future One Connect boxes could carry new connection types – such as enhanced HDMIs – if they become a requirement for future video standards.

As noted right at the start of this review, the UE78JS9500 carries Samsung’s newly developed Tizen smart TV operating system. This is a welcome feature, and a far cry from Samsung’s 2014 smart interface, being much more economical in the amount of screen it takes up and the number of sub-menus it forces you to trawl. It’s also far better at swiftly ushering you towards the sort of content you actually want to watch on a TV. We’ll be looking at Tizen in more detail in a separate feature soon.

As with the UE65JS9500, the UE78JS9500 is fairly forgiving to set up. For a start you don’t have to be quite as cautious with its backlight output as you do with the edge-lit UE65JS9000, and Samsung’s presets, while far from perfect, are more usable here than they are on the JS9000 models.

You can adjust most aspects of the set’s video processing to suit your tastes with a fair degree of flexibility, and there’s also all the customisation you would expect of a high-end TV when it comes to colour, white balance and gamma management.

As ever you need to exercise caution with the UE78JS9500’s motion processing, which can lead to some fairly obvious artefacts if used on anything higher than its ‘Clear’ setting, and for reasons we’ll get into in the performance section you do need to exercise more restraint with the TV’s backlight setting than you had to with the UE65JS9500. We wouldn’t use the TV’s Movie preset either, as it basically seems to turn off most of the technology you’ve paid the big bucks for, and in doing so delivers a picture that looks flat and oddly unnatural compared with the more dynamic fare the set is capable of.