If Samsung’s new QLED TVs are beyond your wallet’s reach, the MU9000 range is the next best thing. 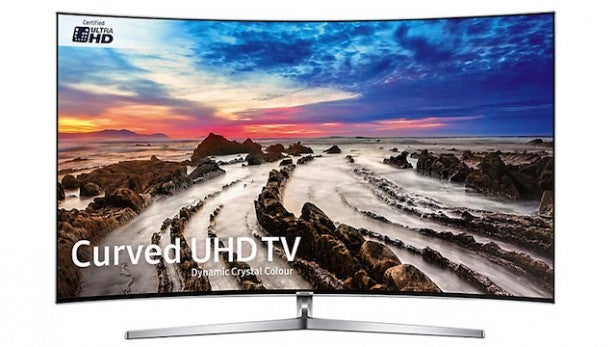 The first thing to note about the UE55MU9000 is that its 55-inch screen is curved. This will immediately put off some people. As a purely aesthetic feature, though, it actually enhances the MU9000’s looks, combined with a slinky black and silver frame, skinny rear and gleaming, well-made ‘boomerang’ stand to make it one of the year’s most attractive TVs.

The only pity is that the cable used between the external connections box and the screen is a typically chunky affair rather than the incredibly thin, almost transparent one you get with Samsung’s QLED sets, such as the Samsung Q9F.

As with Samsung’s QLED TVs, the MU9000 ships with two remote controls: a standard, button-heavy one that’s actually better laid out than most, and a much smaller, much more sparsely buttoned smart remote.

This smart remote is by far Samsung’s best such streamlined handset; it does away with the over-complicated multiplicity of control systems its predecessors offered.

The MU9000 seems on paper to be a TV similar in quality and specification to last year’s high-end Samsung KS9000 range.

The key specifications of its curved screen are a native 4K resolution and HDR support that encompasses the HDR10, Hybrid Log Gamma and HDR10+ systems.

If you’re not familiar with the latter, it’s a new format (currently only formally backed in content by Amazon) that adds dynamic metadata to the industry standard HDR10 system. It’s kind of like a watered down version of the Dolby Vision system (which Samsung currently does not support).

The screen is illuminated by an edge-mounted LED array driven by 8-segment local dimming and a Peak Illuminator processing system that breaks the image down into very small sections for processing, to deliver a more effective balance of light and dark elements across the image. Note that there’s no direct equivalent in this year’s Samsung range for 2016’s flagship KS9500 models, which sensibly used lights placed directly behind the screen.

Colour comes courtesy of Samsung’s Dynamic Crystal Colour engine, which in the 10-bit configuration here is claimed to be capable of delivering more than a billion hues. The UE55MU9000’s colours will benefit, too, from its 1000 nits of claimed peak brightness – a very high figure by the standards of sub-£2,000 LCD TVs. It’s worth adding that Samsung’s QLED TVs, by comparison, can hit 1500-2000 nits, depending on which model you buy.

Smart features on the UE55MU9000 are delivered by the latest generation of Samsung’s Eden system. The Eden interface uses two tiers of icons to deliver an economical and efficient path to your favourite apps and content sources. The icons on the home screen are easily customised, too, and it’s good to see the system working harder this year to incorporate more live TV coverage.

Samsung has had its umpteenth stab at introducing a voice control system with the UE55MU9000. This one differs from its predecessors, though, in that it actually works. You can access almost anything – even the most complicated picture calibration options – just by uttering a simple word or two. Talking to your TV no longer feels like learning a completely new language.

Services available on Samsung’s online platform include all the big four UK catch up TV options, as well as HDR and 4K-capable versions of Netflix and Amazon Video. 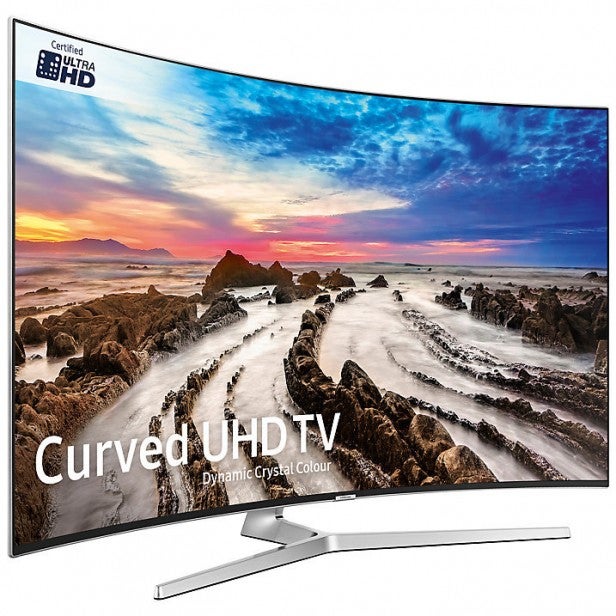 There’s multimedia playback support via DLNA streaming or a trio of USB ports, as well as integrated Bluetooth that provides the only way of listening to the TV’s audio via headphones.

All of the UE55MU9000’s connections are found on an external connections box, and are dominated by four v2.0 HDMIs, three USBs, satellite and Freeview HD tuner inputs, and an Ethernet port if you don’t want to avail yourself of the built-in Wi-Fi.

One final feature worth pointing out (since it differentiates the MU9000s from step-down MU models) is its 40W, 2.1 speaker system. 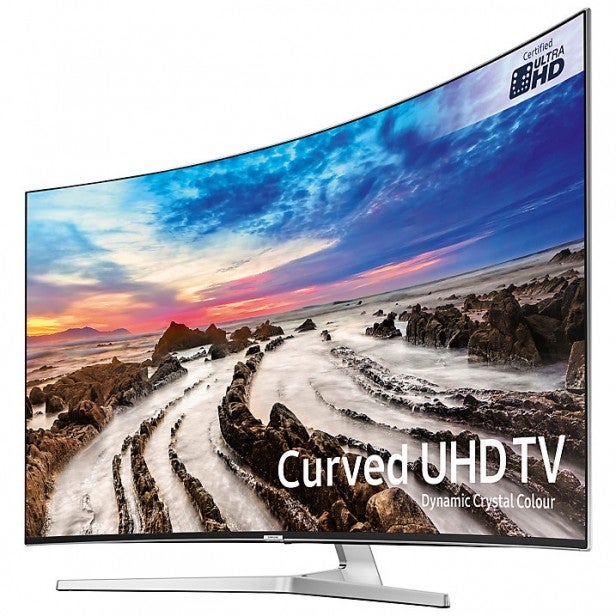 The MU9000 benefits from a straightforward and comprehensive ‘first install’ procedure. The set even seeks to recognise your external equipment automatically so that it can correctly label its HDMIs and let you control that external equipment via the TV’s smart remote.

However, getting the best out of the UE55MU9000’s pictures, at least where high dynamic range images are concerned, is far from straightforward. Chiefly due to you having to wrestle with a few backlight issues.

I’ll discuss these in the Performance section, but the best solution for limiting their impact during dark room viewing is to set the local dimming setting to Standard or Low, and the Contrast Enhancer to low. Though you should know that this reduces the picture’s peak brightness by nearly 25% from what you get with Local Dimming set to high.

In a bright room you should put the Local Dimming back to High for HDR content, and you will likely also feel the need to raise the Contrast Enhancer to High so that you can still see shadow detailing in the darkest areas. 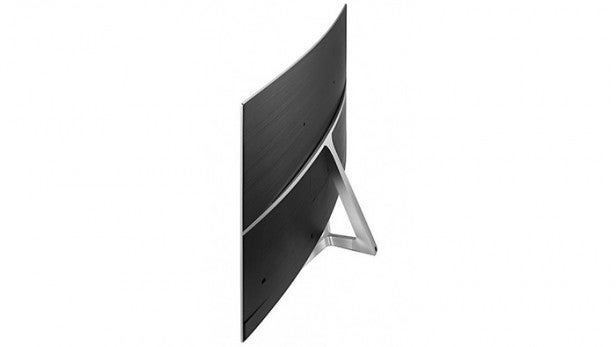 I’d also recommend using the Standard picture preset for watching HDR movies rather than the Movie one. Although the Movie one is in some ways the most accurate, it actually looks disappointingly flat, soft and at times over-warm in its colour toning.

If you do opt for the Standard preset, you may find you want to nudge the colour temperature up from Standard to Warm, which helps to counter a slight purplish tinge that otherwise affects some mid-bright tones.

Finally, I’d suggest setting the TV’s motion processing to Custom, and setting the Judder and Blur components to four and three respectively.