For the most part the UE55KS9000 delivers emphatically on its claim to unlock the full glory of HDR.

Feeding it a steady diet of HDR UHD movies from my new collection of Ultra HD Blu-ray discs reveals that the UE55KS9000’s 1000 nits brightness claims aren’t just talk – the brightness really is up there on the screen.

HDR images simply blaze off the sceen with a level of intensity that’s never been seen before from an edge LED screen. In fact, with the new generation of carefully created HDR content, I’d say pictures look more intense than I’ve ever seen on any TV before, including Samsung’s 2015 direct LED HDR TVs. 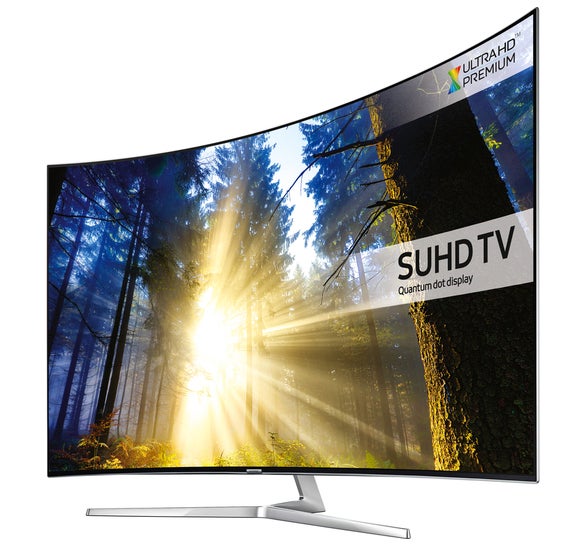 When I talk about intensity here, I’m talking about three key picture factors. First, the overall brightness of HDR images really is a sight to behold, commanding your attention even in a bright room and creating that lovely sense of luminosity you get when you’re at a good cinema.

Second, HDR pictures look remarkably rich in contrast, as the unprecedentedly bright peaks share screen space with inky blacks of the sort that we’ve come to associate with Samsung’s most recent generations of VA-style LCD panels. (At least this is the case if you’re using the local dimming system. If you turn that off to try and avoid the slight backlight banding issues I’ll be talking about later, black-level response takes a severe hit.)

Finally there’s the stunning intensity of the UE55KS9000’s colours. Samsung’s decision to go back to true Quantum Dot technology for its 2016 TVs seems to have paid off handsomely, as the screen gives exceptional expression to the expanded colour gamuts that accompany most HDR content.

Adding all these HDR strengths together really does add up to a big leap forward over even the best standard dynamic range images (as represented by HD Blu-ray discs). And the feeling you consistently get is that HDR is finally showing you how images were always meant to look before they were compromised to fit the previous pre-HDR picture standards.

Contemplating specifically the 1000 nits aspect of the UE55KS9000’s performance, it does seem to bear out Samsung’s arguments that achieving such high luminance levels really is important for HDR playback. For instance, you can still see subtle shading details in the brightest areas of the image where screens with less extreme native brightness levels tend to ‘flare out’. Also, dark objects appearing against intensely bright backgrounds look much less like silhouettes than they tend to on lower-brightness HDR LCD screens. 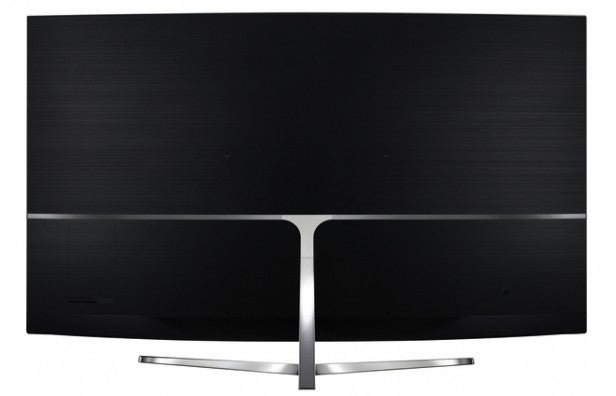 While the UE55KS9000 certainly delivers pretty incredibly on the impact HDR is capable of, there is a price to pay for it in the shape of some occasionally distracting backlight activity. As predicted earlier, shifting to a vertical backlight arrangement makes it harder for the UE55KS9000 to only put light where it should be in an HDR picture. So when a very bright HDR object appears against a mostly dark backdrop you can clearly see a band of light travelling the height of the image in the area where the bright object appears. The local dimming system Samsung is applying to its edge LED engine is only able to individually adjust the screen’s light levels in fairly broad vertical chunks.

The light banding is also more noticeable in a darkened room environment than a bright one. So I’m going to go against my usual advice and actually suggest that you leave a reasonable amount of ambient light in your room when you’re watching HDR content on this particular TV.

To be fair to Samsung, the way the UE55KS9000 manages to produce the extreme dynamics of HDR content without suffering more aggressively with light banding issues is quite impressive compared with the problems vertical edge LED lighting has caused on rival brands, even with SDR content. And don’t forget that the pay-off in general picture quality terms from having so much light to inject into HDR images is phenomenal.

However, the fact remains that unless you sacrifice so much backlight brightness from HDR images that they no longer look like HDR, you will sometimes be distracted by the backlight workings.

With SDR sources – bearing in mind I couldn’t test the optional SUHD Remaster system – the UE55KS9000 looked gorgeous. Reducing the backlight to below its halfway mark makes the striping issue all but disappear, without making images look dull or muted. In fact, the black level response with the backlight restrained is phenomenal for edge LED technology – and it’s achieved, somehow, without crushing out seemingly any shadow detail from the darkest picture areas. 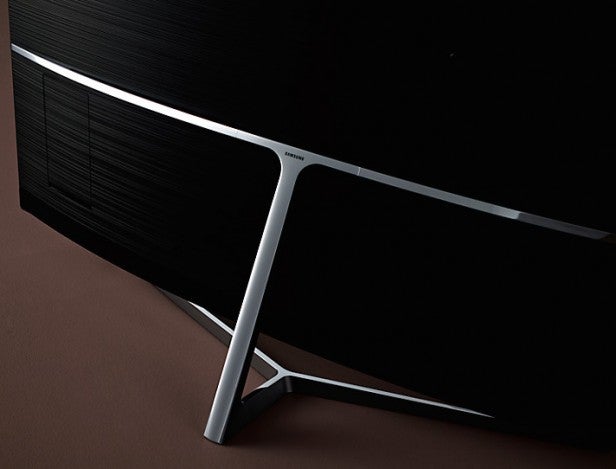 It’s abundantly clear during dark scenes, too, that the new moth-eye filter on the screen substantially reduces the impact of on-screen reflections on your viewing experience.

Colours look beautifully nuanced, balanced and natural, showing that SDR can still look quite lovely despite its colour and luminance limitations versus HDR. Fine detailing with native UHD feeds is nothing short of spectacular.

Samsung appears to have improved its HD-to-UHD upscaling engine yet again for its 2016 TVs – and it was already arguably the best in the business before.

If you remain in any doubt what a difference a well-developed native UHD screen can make to picture quality, the UE55KS9000 puts those doubts to rest emphatically.

Used as the main TV for the review period
Tested for more than a week
Tested using industry calibrated tools, discs and with real world use
Tested with broadcast content (HD/SD), video streams and demo discs
Previous
Samsung UE55KS9000 Review Next
Sound and Conclusions Review