The UE55JS8500 is a mostly exceptional performer with 3D sources, making it a shame the set doesn’t ship with any free 3D glasses.

The combination of extreme contrast, high brightness, UHD detailing – it upscales 3D Blu-rays to UHD – and expansive colour works wonders when it comes to creating a convincing sense of 3D space, as well as making 3D worlds feel so rich and tangible you feel you can reach out and touch them. In fact, we’ve never seen active 3D looking more engaging and immersive – except on Samsung’s own JS9500 models. 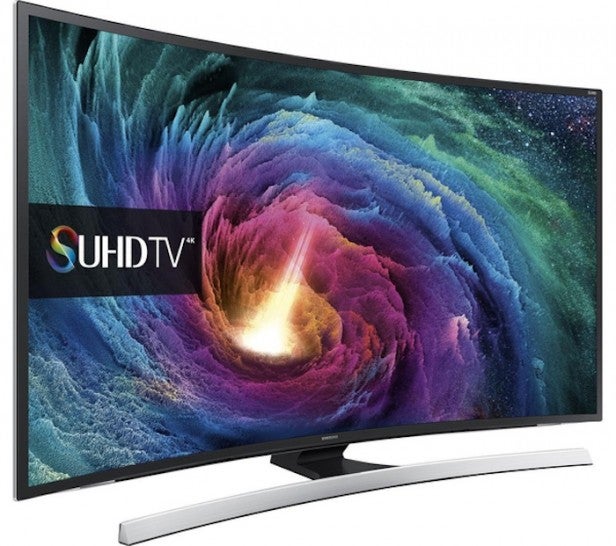 It’s great to discover, too, that the UE55JS8500’s slightly reduced specification versus the JS9000 SUHD models hasn’t led to it suffering with significantly higher amounts of crosstalk ghosting noise. In fact, 3D images are among the cleanest we’ve seen in the active 3D world.

One 3D issue relates to the same backlight clouding point discussed earlier. For if you leave the set’s backlight setting at its default maximum level, dark 3D scenes can exhibit quite obvious backlight clouding. Fortunately, this starts to fade substantially if you reduce the backlight to around its 14, maybe even 15 setting – a level at which 3D pictures thankfully still look reasonably dynamic and bright.

The only other issue is that motion in the 3D frame can suffer with judder if you don’t have any motion processing engaged, but can look a little processed if you do.

The UE55JS8500 is a decent rather than brilliant audio performer. It’s able to project sound beyond the confines of its bodywork more effectively than might have been expected given its skinny frame, while simultaneously locking vocals accurately in place on the screen. These vocals sound clear and as if they’re a natural part of the film or TV environment they’re appearing in, and there’s a reasonable amount of harshness-free treble detail to enliven good movie sound mixes.

Bass is only in moderate supply, though, and you don’t get that sense of attack during action scenes that you get with some rival sets that use forward-firing speakers. But then those rival sets inevitably can’t deliver the same svelte design as the UE55JS8500.

Gamers rejoice. For with its Game mode engaged (it’s found in the General submenu of the main system menu) we measured an input lag figure of under 25ms. This is a great result by any TV standards, but is especially impressive on a UHD TV when you think how much processing work has to go into the UHD upscaling process.

If you can afford to be motivated by picture quality and picture quality alone, Samsung’s JS9000 and, especially, JS9500 SUHD TVs do give you, respectively, slight and substantially fuller expressions of Samsung’s ground-breaking SUHD technology. 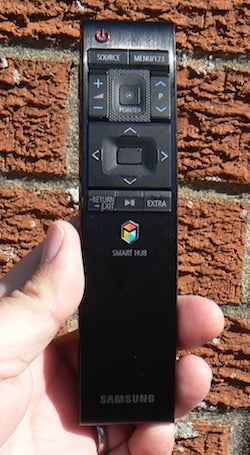 In reality, though, precious few of us don’t also have to factor price into a TV-buying equation. And by the time you’ve done that, the simple fact is that the JS8500 offers you the cheapest way to get your hands on Samsung’s genuinely groundbreaking SUHD technology – a technology which still sets new standards in many ways, even in the slightly compromised form on show here.

The UE55JS8500 doesn’t deliver as fully on the UHD HDR dream as Samsung’s flagship JS9500 models, but it also costs well under half as much. It also still enjoys enough SUHD thrills to put clear air between its pictures and those of any other non-SUHD 55-inch TV we’ve seen to date.