In their ‘out of the box’ state the UE55HU8500’s 3D pictures suffer a little from the same Samsung ‘over-enthusiasm’ as its 2D ones. Samsung pushes the panel so bright that you can often see backlight clouding problems during dark 3D shots, and areas of detail or thin lines tend to glow with a distracting bluish tinge.

Fortunately, again, both problems can be greatly reduced simply by lowering the backlight output and reducing the sharpness settings. Once you’ve done this you’ll also find that 3D pictures lose the slightly gritty, over-sharpened look they display using the initial 3D preset. 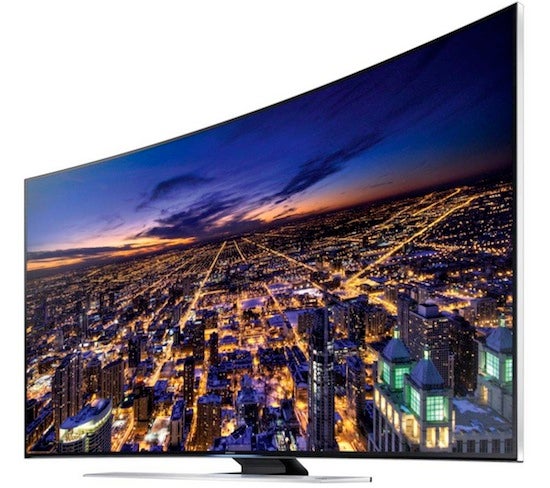 Now you’re left enjoying one of the best active 3D pictures we’ve seen. Images still look bright despite reducing the backlight output, colours are vibrant enough to enhance the sense of depth and solidity in the image, and detail levels are outstanding, thanks to the way the active 3D format requires our HD Blu-rays to be upscaled to UHD.

Coming to the UE55HU8500 directly after the deliriously good passive 3D performance of LG’s 65UB980V, it’s impossible to ignore the fact that the Samsung set suffers with a little crosstalk ghosting noise over bright or dark objects in the mid to far distance. But aside from the over-eagerness of the 3D preset image values this is the only issue we’ve got with the UE55HU8500’s 3D pictures. Overall they’re never less than impressive.

Considered against previous Samsung TV generations, the UE55HU8500’s sound quality is very strong. Thanks to the introduction of a long-duct speaker design, there’s way more bass than we’re accustomed to hearing from Samsung’s thin LCD panels, and the speakers are also powerful enough to support fairly high volumes without succumbing to distortions or ‘boxiness’.

The set casts out a surprisingly wide soundstage too considering that the speakers are down firing, and it does this without any element of the soundstage sounding dislocated or uneven.

Also impressive is how well-rounded dialogue and the mid-range sound, and the way treble detail is delivered strongly without causing harshness. 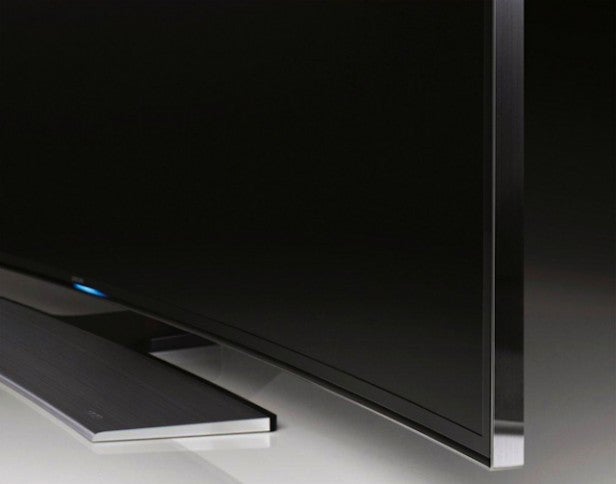 The only problem for the UE55HU8500’s engaging sonics is that the audio benchmark has been shifted some distance by the massively potent audio systems delivered by Sony’s X9005B 4K TVs and the recently tested LG 65UB980V.

The UE55HU8500 ships with two remote controls: a fairly straightforward and bland ‘normal’ one, and a much more interesting Smart one, complete with touch pad navigation, point and click support, and a greatly reduced button count. Samsung has perhaps tried to cram too many control options into too small a space on the remote; certainly it’s equally easy during your first few hours using it to accidentally make a wrong selection from the onscreen menus. The more you stick with it, though, the more intuitive it starts to become.

If you’re up for some high-resolution gaming on the UE55HU8500, you’ll be pretty excited by the sharpness, colour richness and contrast of its pictures. A touch disappointing, though, is the 60ms of input lag we measured. This is around twice as high as we’d ideally like to see, and could reduce your performance with games based on reactions and timing. 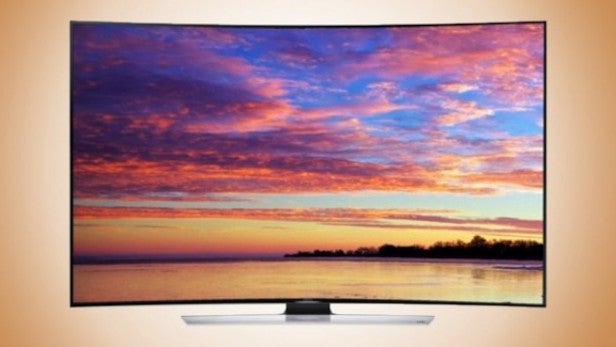 If you’re in the market for a high quality UHD TV, then you simply have to consider the UE55HU8500. Its picture quality is brilliant, its smart features are extensive, and it even manages to sound good despite its slender frame. The fact that you can update its connections and processing brain is also a potentially killer feature given the current uncertain times.

You should perhaps try and audition the UE55HU8500 before you buy, though, to see how you get on with its curved design, since to our minds it isn’t as persuasive at this 55-inch screen size as it can be on larger screens.

It’s also impossible to think of quality 4K TVs without thinking of the outstanding Sony X9005B series, which aren’t quite as ‘smart’ but offer at least as capable pictures as well as superior audio for less money.

Samsung’s UE55HU8500 is every inch a flagship TV, combining a ground-breaking design with stellar picture quality and a rich, sophisticated feature count. We’d recommend going for a bigger screen size, if you can though, to reduce the potential issues raised by the curved design.

Next, check out the rest of the Best 4K TVs you can buy