In most ways that matter the UE55HU8200 is another stellar Samsung picture performer.

The star of the show has to be its black level response. We’ve seen a disappointing number of LCD TVs this year that have really struggled to deliver a convincing black colour, but the UE55HU8200’s VA panel and clever light controls ensure that dark scenes look brilliantly cinematic and convincing – so long, at least, as you’ve followed the set up advice mentioned earlier. 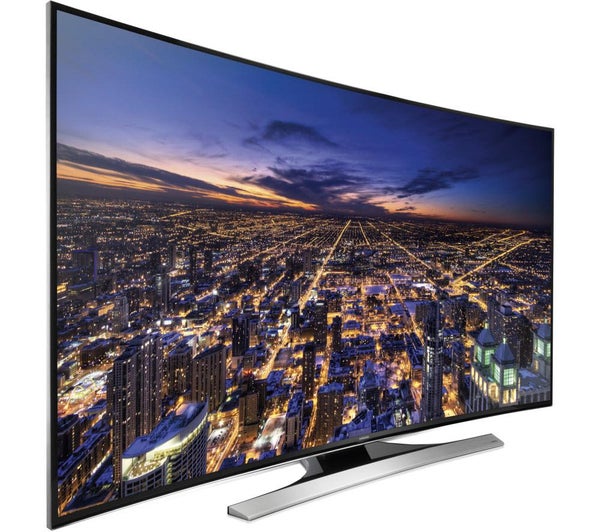 What’s more, because the UE55HU8200’s native contrast performance is strong it delivers its gorgeously rich blacks without having to crush significant amounts of shadow detail out of the picture.

We’re also pleased to report that the UE55HU8200 handles dark content with outstanding stability so long as you stick with the low setting for the dynamic contrast feature; you see practically no evidence of distracting luminance ‘leaps’ as the TV adjusts its brightness in response to changes in the image content, and nor – following a massively welcome recent firmware update – do you see the backlight turning off and on again as used to happen during fade to blacks or extremely dark scenes like those of ‘The Bride’ in her coffin in Kill Bill Volume 2.

The well-established connection between great black levels and great colours is borne out once more by the UE55HU8200. For once you’ve addressed the slightly cool, bluish feel of the set’s default Standard colour temperature by switching to ‘Warm 1’ its colours are outstanding; a gorgeous combination of rich, vivid but never over-cooked saturations (that hold up brilliantly during dark scenes) and almost endlessly subtle blends and tones.

The only negative to throw in here is that the colour palette doesn’t enjoy as expansive a range as you get with the HU8500 series, since the HU8200s don’t use Samsung’s new PurColour technology. But by any other measure the UE55HU8200’s colours are a class act. 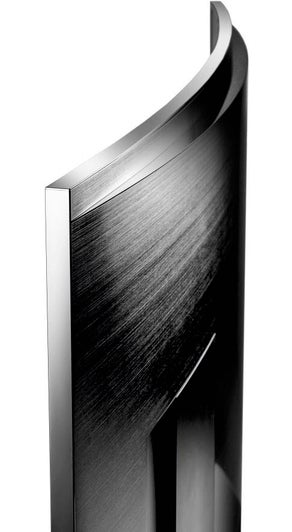 We haven’t so far distinguished between native UHD and HD content in our picture assessment. So let’s get into that now, as we start to look at the set’s sharpness and detail reproduction.

Starting with native UHD, the UE55HU8200 looks jaw-droppingly good. Samsung has long been keen on ‘selling’ resolution with its pictures, and this passion is abundantly apparent here as the leap from HD to native UHD positively slaps you round the face – despite this ‘only’ being a 55-inch TV. While you’re blissfully aware of all the extra detail native 4K produces, though, Samsung seems to have matured a little with its approach, so that the incredible sharpness now doesn’t feel forced or noisy, especially after you’ve nudged the sharpness down a bit.

With such a huge step up in detail on show it almost goes without saying that the UE55HU8200 also delivers on those other UHD picture advantages of more refined colour blends and extra depth to large-scale shots. As we’ve said before, the UHD effect is like looking through a window rather than just looking at a TV screen.

The extra maturity Samsung has shown with its UHD reproduction extends to its upscaling of HD, too. For while no other brand delivered so overt a sense of UHD sharpness with upscaled footage as Samsung last year, there were a few noise issues associated with that sharpness. Samsung has taken this criticism on board, and the 2014 upscaling engine has clearly got better at recognising noise in non-UHD sources and removing it before then applying upscaling.

The result’s are really outstanding, and never once had us wishing we were watching HD on a quality full HD set rather than a UHD one. Just occasionally areas of rapid motion can occasionally overwhelm the processing into leaving a little blurring or glitching behind, but this doesn’t happen often or cause much offence when it does.

All this and we haven’t yet discussed the impact of the UE55HU8200’s curve on picture proceedings. So let’s get into that now.

We’ve covered the pros and cons of curved TVs in a separate feature, so we don’t need to go over all the same ground again. But it’s certainly worth focussing on some of the most salient points.

In the plus column, pictures seem to enjoy a slightly enhanced sense of depth thanks to the way the centre of the image sits further back than the edges. And the way the curve follows the shape of your eye and perception very marginally enhances your feeling of immersion, especially if you’re sat close to and directly opposite the screen.

In the minus column the curved screen has an unfortunate effect on any reflections the screen may pick up, stretching and distorting them over a much wider screen area than would be the case with a flat screen. It’s also the case that the benefits of going curved are less pronounced on a 55-inch screen than they are on larger ones, while you’re more likely to be affected by the downsides – such as troubling image geometry when watching off axis – since the relatively small screen reduces the size of the effective ‘sweet area’ from where the curve benefits are really felt.

Where other more general problems are concerned, the screen can become susceptible to quite noticeable backlight clouding during very dark content if you’re a) watching in a dark room and b) you don’t reduce the backlight to as low as its 8 or even 7 setting. Motion, meanwhile, isn’t handled with quite so much aplomb as it is on the HU8500 series, meaning you feel aware of either slightly more judder, processing effects or blur (depending on your picture settings) during action scenes or camera pans.

It’s worth noting, too, that not having PurColour on the HU8200s means you lose a smidge of colour sharpness during UHD playback versus the HU8500 models.

While we’re duty-bound to point the UE55HU8200’s flaws out, though, it’s important to stress that is pictures remain, overall, a joy to behold.

Used as the main TV for the review period
Tested for more than a week
Tested using industry calibrated tools, discs and with real world use
Tested with broadcast content (HD/SD), video streams and demo discs
Previous
Samsung UE55HU8200 Review Next
3D, Sound and Conclusions Review