Many things about the UE55H6400’s 3D playback are excellent. It delivers plenty of dynamism and brightness despite the dimming effect of the shuttering glasses. Colours look rich but still natural in tone, and the screen’s impressive contrast helps the TV define an excellent sense of space and depth. While motion looks more natural on higher-end Samsung TVs, it doesn’t look as blurry or billowy as we sometimes see it on similarly affordable big-screen TVs. 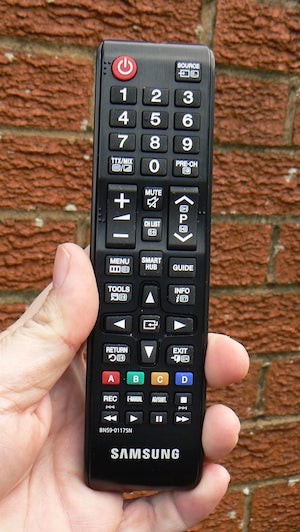 Detail levels from 3D Blu-rays are pretty high, too, while edges look crisp and free of the jaggedness you get with HD TVs that use the alternative passive 3D system.

There is, though, one significant flaw with the UE55H6400’s 3D performance: crosstalk, which finds objects in the mid and far distance often appearing surrounded by distinct double ghosts. This is obvious enough on the UE55H6400 to be quite distracting at times, leaving parts of the picture looking soft and unfocused.

Another smaller issue is that the UE55H6400’s colour processing isn’t as impressive as that of more expensive Samsung TVs, meaning areas of subtle colour blending can appear with some rather rough colour banding versus the smooth tonal shifts we’d ideally see. This flaw doesn’t show up all that often, but when it does – as it does on the background walls of the ‘stick fight’ sequence in Pacific Rim – it can actually be quite striking, especially in conjunction with the crosstalk noise that tends to affect the same areas.

Sound isn’t a great area for the UE55H6400. The set typically sounds fine with relatively undemanding fare, but a decently rich, dynamic film soundtrack finds bass forced and muffled, the mid-range sounding a bit over-loaded, and trebles and voices being prone to distortion and harshness if you try to push volume levels. Voices tend to get a bit lost in the mix, too.

On the upside, the soundstage is quite wide and bass levels are a little deeper than you often get with such affordable flat TVs.

The UE55H6400 is almost as good a gaming monitor as it is a TV. Its contrast is a great asset to atmospheric, low-lit games like Alien: Isolation, while its punchy colours deliver explosive impact with more riotously coloured games such as Sunset Overdrive and the brilliant Rayman Legends. 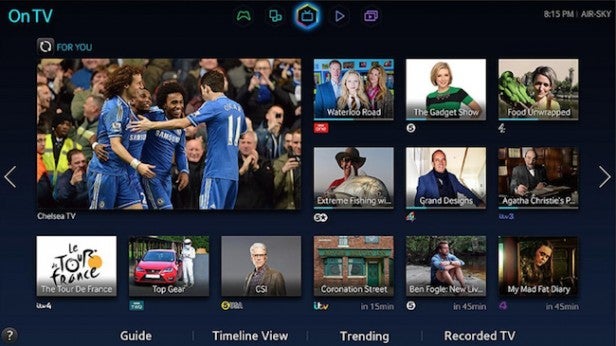 Our tests also found the UE55H6400 exhibiting impressively little input lag: just 33ms. While there are one or two TVs – predominantly some Sony models – that manage even less of a delay in rendering their images, anything below 35ms is a good result that shouldn’t have a major impact on your gaming abilities.

The UE55H6400 is another impressive Samsung TV at an eye-catchingly affordable price. We did find ourselves missing the Micro Dimming technology that kicks in at the H6700 level of Samsung’s range, but the set still stands out against the vast majority of the competition right now.

The most viable rival for the UE55H6400 – aside from Samsung’s own H6700 range, which costs around £150 more at each size point – is the 50-inch Sony 50W829. It falls short of the UE55H6400 where Smart TV services are concerned, but delivers a superb picture thanks to some outstanding backlight control.

We’d pay the extra for the UE55H6700, but if £750 is as far as your budget will stretch the UE55H6400 is a great option that currently enjoys very little serious competition.