The 55H6400 is a mid-range 55-inch LCD TV boasting edge LED lighting and Samsung’s current (non-Tizen) Smart TV system. It also provides 3D playback with two pairs of free glasses, and can be bought for around £750 at the time of writing.

The UE55H6400 is one of the more attractive HD TVs this season, thanks to the way its slim and glossy black inner bezel is offset by an unusual and striking see-through trim that wraps around all four sides. It’s still reasonably slim overall, though, in keeping with current tastes.

If you don’t wallmount the UE55H6400, it sits on a silver cross-type stand rather than the posher metallic ‘sheet’ stand found with the more expensive H6700 series.

Connectivity is strong. Particularly welcome are four HDMIs – a number of rival mid-range HD models only carry three – and three USBs, for both multimedia playback or recording from the digital tuners. Naturally you also get both wired and Wi-Fi network options, with the only significant miss versus the H6700 series being the lack of any satellite tuner support. You only get Freeview HD. What’s more, you only get single-tuner Freeview HD, rather than the dual-tuner options available on the H6700 models. 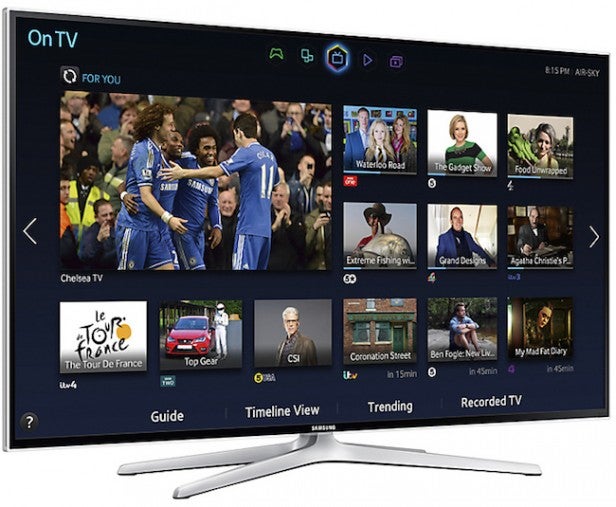 The 55H6400 carries Samsung’s Smart TV platform, which we’ve described in detail in this separate article. Its strengths are the rich range of content options – including the vast majority of the UK’s key video streaming platforms – and an impressive ‘learning’ system that highlights content it thinks you’ll like, based on your viewing history.

It’s also good to find that the UE55H6400 uses Quad Core processing to drive its Smart features, keeping the menus whizzing along slickly and crisply.

On the downside Samsung’s service isn’t as customisable as some, and its menus can feel a bit inscrutable and confusing at times. These are issues Samsung’s hoping to address with its upcoming Tizen-powered Smart TVs.

Despite us moaning about it for what feels like years now, Samsung still struggles to deliver effective picture presets. So we’d strongly recommend that you make at least a few adjustments to the TV’s images to get the best from the set.

Particularly important is that you ratchet down the backlight output considerably from the maximum level used by most of the presets. This will give you much more credible black levels and remove the issues with backlight clouding that can creep in during dark scenes. Normally we’d suggest with Samsung TVs that you use a backlight setting as low as the provided seven or eight levels. With the UE55H6400, though, presumably because the set doesn’t have Micro Dimming technology, we found we needed to keep brightness higher – around its 11-12 setting, even when watching in a dark room. This can rise to 12-14 for daytime viewing. 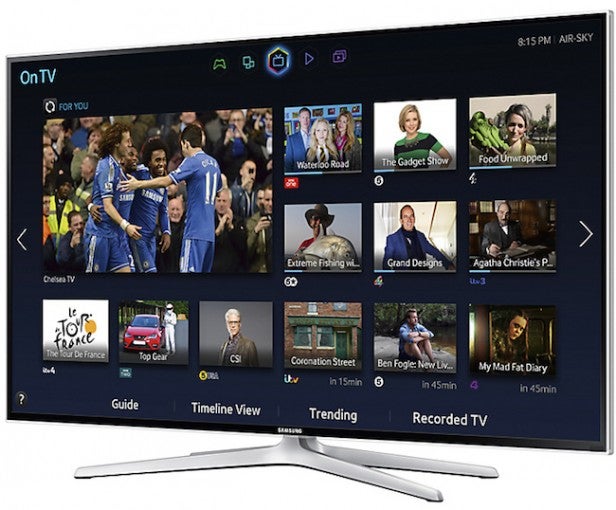 Also worthwhile is reducing the sharpness to around its 25 level to stop HD images looking a little noisy and stressy. Turn off the noise reduction systems with HD sources, and make sure the MotionPlus setting is either switched off or set to ‘custom’, with the judder and blur elements both set to their 2 or 3 levels.

Move the contrast setting down to between 85 and 90 – again slightly higher than we’d normally suggest for Samsung TVs – and set the Dynamic Contrast setting to low. Track down the Game setting – oddly hidden away in the General submenu of the System menu – when you’re gaming, as this reduces input lag.