Yet another string to the Samsung UE55F8000’s bow is how sharp and detailed its HD pictures look. In fact, we’re struggling to think of any other 55-inch TV that delivers HD with quite such a profound sense of clarity and resolution (even after toning sharpness levels down a touch to prevent some HD images looking noisy).

With this in mind, it’s great to see that the sharpness remains intact even during action scenes, thanks to a combination of the screen’s native 200Hz system and a much-improved motion processing engine.

We preferred to use this motion system on its Clear setting, though it’s worth adding that the new processing power wielded by the Samsung UE55F8000 is so speedy that you can now also opt for the more potent Standard setting without it creating too many negative side effects. 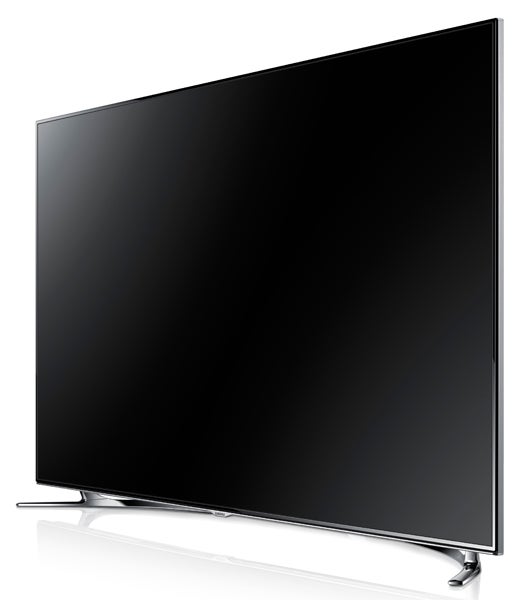 Standard definition playback is mostly strong too. Colours remain natural rather than becoming washed out as they can with many lesser TVs, and noise levels are kept low. Standard def images perhaps look a touch short of detail once set up to deliver the best all-round results, but the good news with them far outweighs the bad.

If the Samsung UE55F8000 is ridiculously impressive with 2D, it’s downright spectacular with 3D.

We know that 3D hasn’t proved a massive hit with consumers, and even Hollywood seems to be slowly losing interest in it. But after spending time immersed in the 55F8000’s spectacular 3D images, we’ve found our interest in the format – specifically the active 3D format – renewed.

The reason we stressed the active format back there is that the Samsung UE55F8000 produces what we feel confident are the sharpest, most detail-filled full HD 3D Blu-ray images we’ve ever seen. There’s simply no significant difference between the detail level and image ‘polish’ of the set’s 3D and 2D images – especially as Samsung’s latest processing engine is able to work on motion in 3D as well as 2D images, dealing extremely effectively with the sort of judder and blur issues commonly witnessed with 3D on LCD TVs.

Contributing still further to the sense of clarity in the Samsung UE55F8000’s 3D images is their relative freedom from crosstalk. The telltale double ghosting flaw is still very occasionally visible, but far less often and far less aggressively than we’ve seen it before on any Samsung 3D TV.

Add to this emphatic 3D HD sharpness the retention of unprecedented levels of light and contrast even after donning Samsung’s 3D glasses and you also get to enjoy the most convincing sense of space and depth that we’ve ever seen on a 3D TV.

The icing on the 3D cake comes from the way the Samsung UE55F8000’s ultra-slim bezel provides you with an almost imperceptible boundary to your 3D viewing, allowing you to become more immersed in the action rather than feeling aware of the TV technology that’s producing it. 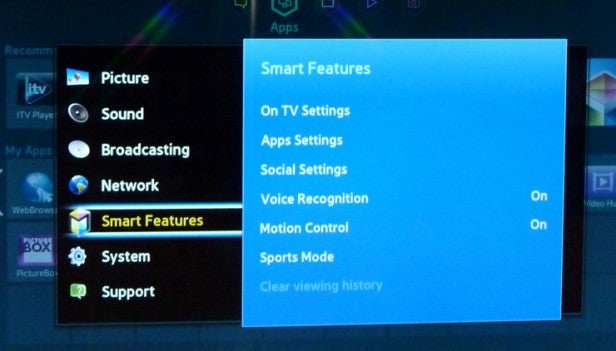 Wrapping up the picture analysis with a couple of more general points, it was great to see how well the TV soaks up reflections of ambient light in your room (further boosting its contrast credentials), and how little input lag it suffers with. We measured just 37ms, which is low enough to make the Samsung UE55F8000 an adequate gaming monitor.

Turning finally to the Samsung UE55F8000’s audio, you’re probably expecting to hear that it’s rubbish given how thin the TV bezel is. However, remarkably it’s really rather good. Samsung has included a pair of woofer speakers within the TV’s rear that both inject a reasonable amount of bass into proceedings and relieve the pressure on the upper register of the set’s soundstage, resulting in an audio performance of much more substance, dynamism, openness, clarity and raw power than we’ve heard from a Samsung flat TV in years.

The only downside is that sometimes if you’re watching a 3D film with the set’s 3D Sound option active, voices can sound a little physically detached from the person speaking on the screen. This is easily avoided, though, by simply turning the 3D sound mode off.

The Samsung UE55F8000 improves dramatically over its already illustrious predecessor in almost every way, combining class-leading 3D images and outstanding 2D images with a huge, cutting edge feature count and even – honestly!- some startlingly good audio.

It’s become almost customary now for Samsung’s latest flagship TV to set the bar for the rest of the TV year with its first new annual TV, but this year that bar has been set even higher than usual. Over to you Sony, LG, Panasonic et al.