Without using a heavily tweaked version of the Movie preset the UE48JU7500’s pictures would only merit a score of seven, bordering on six. Mercifully with the Movie preset in place, this score rises all the way to a seriously brilliant nine…

That said, we should point out that judging the UE48JU7500’s pictures is an exercise in relativity. For having spent many days living with Samsung’s SUHD TVs in recent weeks, there’s no hiding the fact that the UE48HU7500 is no match for its high-end brethren in the brightness or colour departments. Its black level response is slightly down on Samsung’s latest flagship screens too. But then the UE48JU7500 costs thousands of pounds less than Samsung’s SUHD TVs, so it would hardly be reasonable to expect it to deliver the same level of performance. 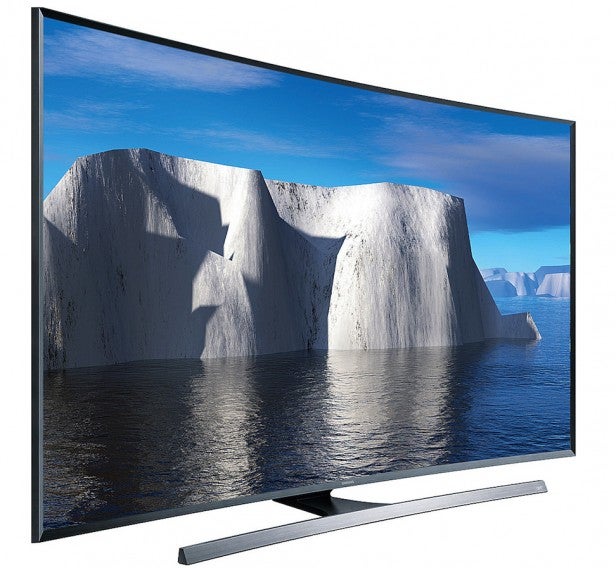 Compared more fairly with other UHD models in its own price bracket, the UE48HU7500 fairs much, much better. Its black level response in particular – so long as you’re using the Smart LED feature – is superb, delivering only the most minute trace of greyness over parts of the picture that should look black. What’s more, with Smart LED local dimming active there’s negligible evidence of backlight clouding in the image’s corners.

Equally importantly, so long as you’re not viewing from a wide angle and don’t succumb to the temptation of running the Smart LED system on its highest power setting, there’s precious little disruption from light blooms (also known as haloes) around bright objects against dark backdrops.

The use of a direct LED backlight system also enables the UE48HU7500 to deliver strikingly pure peak whites and really punchy, natural colours even when the majority of the image is dark – something TVs that use an edge LED lighting system can’t do as effectively.

As we’d expect of a TV with such a strong contrast performance the UE48HU7500’s colours enjoy a gorgeous combination of vibrancy and subtlety. To underline a point made earlier, we’re not in the same ballpark in colour terms as Samsung’s SUHD TVs – especially if you’re watching HDR content on those high end models. But by ‘normal’ LCD TV standards, the UE48HU7500’s colour performance really is pretty stellar. 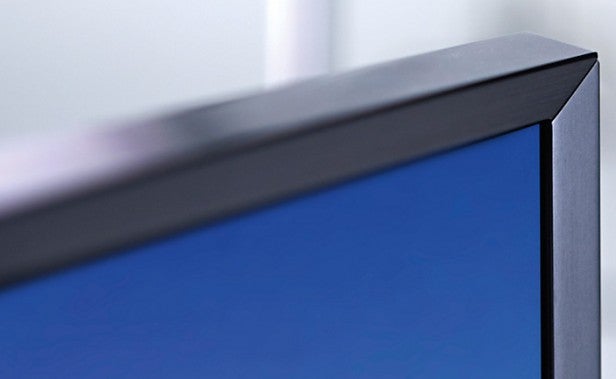 The UE48JU7500’s exceptional tonal subtlety and colour blend finesse prove great partners for its UHD resolution, helping its screen eke out every last drop of detail from native UHD content.

Inevitably a screen only 48 inches across won’t deliver as much UHD impact as one 65 inches across. But we entirely disagree with those who argue there’s no benefit to having a UHD resolution on a relatively small TV, as good UHD images like those produced by the UE48HU7500 still look crisper, more nuanced and more three dimensional (without actually being 3D!) than HD ones.

The UHD sharpness does take a minor hit when there’s extensive motion in the frame, but the judder and blur that cause this aren’t severe by LCD standards, and you can improve the motion clarity a little by careful use of Samsung’s motion processing system without the picture succumbing to excessive processing artefacts.

It’s not easy to find problems with the UE48HU7500’s pictures so long as you’re using a tweaked Movie preset. Sometimes with the TV set up to optimise black level response the most subtle shadow details are crushed out of the picture, and you do need to spend time tinkering with the TV’s settings extensively given the lack of any helpful picture preset.

Our biggest problem with the UE48JU7500’s pictures, though – aside from the thankfully avoidable blurring problem we see in any non-Movie preset – is the rather glossy finish to the screen, which reflects any bright objects or light sources in your room.

Overall, though, a sensibly configured UE48HU7500 is pretty much as good a sub-50-inch UHD TV as we’ve seen.

Used as the main TV for the review period
Tested for more than a week
Tested using industry calibrated tools, discs and with real world use
Tested with broadcast content (HD/SD), video streams and demo discs
Previous
Samsung UE48JU7500 Review Next
3D, Sound and Verdict Review