The UE48HU7500 doesn’t ship with any 3D glasses, confirming that Samsung clearly doesn’t see 3D as a big draw any more. If you do cough up extra for some 3D glasses, though, Samsung’s active (full resolution) 3D system rewards you with a mostly fun 3D performance.

Detail levels are outstandingly high, as we’d expect of an active UHD 3D system, and the TV’s direct LED lighting delivers 3D images with enough brightness to ensure they still look punchy despite the dimming effect of the active shutter glasses. The TV’s stellar contrast performance plays its part too, helping to create a spectacular sense of space and depth. 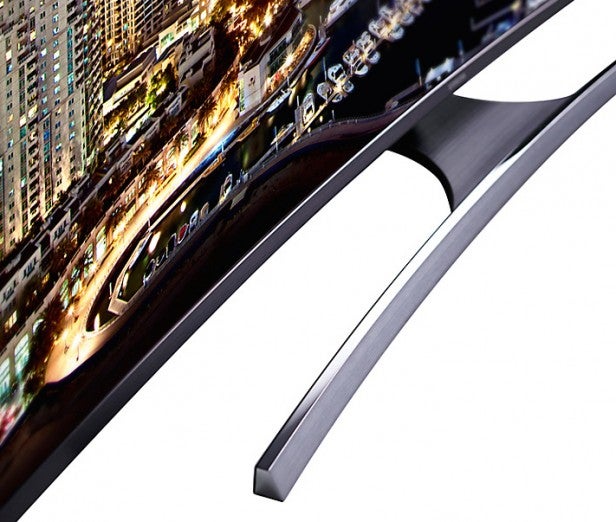 On the downside there’s a little crosstalk around contrasty edges in the mid and far distance or heavily foregrounded objects (especially text), and a 48-inch screen will never give you the same 3D impact that a much bigger screen can unless you’re sat close to it.

The UE48JU7500’s speakers perform decently considering they fire down rather than straight at you. There’s enough volume to keep an action movie solid company, and dense movie mixes are handled without any unwanted vibrations and rattles from the cabinet. The speakers don’t succumb to phutting due to overloading either, and the mid-range sounds more open and detailed than usual for a Samsung TV.

There isn’t much bass around, which can leave some action scenes sounding rather exposed and borderline harsh in the treble range, but this is preferable to Samsung trying to push bass to the point where the rest of the soundstage collapses.

With its rich contrast, bold colours, extreme sharpness, and manageably sized screen the UE48HU7500 clearly has great appeal as a gaming monitor. So we’re happy to report that it underlines this appeal with a sub-25ms input lag measurement when using its Game preset. This is as low a figure as we’ve recorded from a UHD TV, and should mean the TV won’t come between you and another swaggering Call of Duty performance. 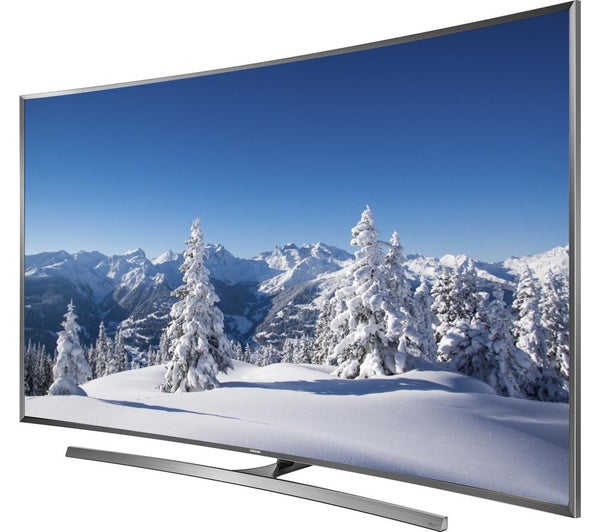 One other point worth mentioning here is that the UE48HU7500 ships with one of Samsung’s new smart remote controls, with their comfortable curved shape, much-reduced button count, and reasonably effective point-and-click functionality.

So long as you’ve read this review fully and so understand how to avoid the UE48JU7500’s otherwise killer motion problems, the UE48JU7500’s performance is more than competitive with the rival UHD TVs in the same price bracket. The only really compelling rival we can think of right now is the Sony 55X9005B, which offers an excellent 4K picture, markedly better audio and seven inches of extra screen size for only £100-£200 more. Though the smart system on this 2014 Sony TV is far less evolved than Samsung’s Tizen effort.

One other general point we would raise, though, is that he UE48JU7500’s relatively small screen doesn’t show off the potential benefits of a UHD resolution and curved screen as much as a larger model would. So if you like the idea of the UE48JU7500, think of going for one of its bigger siblings if you can.

While it troubles us how many people might potentially suffer with the motion blur problems we’ve found when using the main preset of our UE48JU7500 (unless Samsung can come up with a firmware fix), we have managed to find a way to get round the issue. And having done that we’ve found ourselves faced with another impressive Samsung television that delivers an admirable affordable UHD alternative to the brand’s stunning but expensive JS models.