The UE48H6700 is a
solid rather than great 3D performer. In the plus column, its 3D
pictures look bright, contrast-rich, and markedly more detailed –
genuinely HD, in fact – than those you get with passive 3D TVs.

Motion is also handled well in 3D mode, suffering much less with judder than some Samsung TVs of the past.

However,
while Samsung’s set doesn’t suffer much with the flickering issue you
can get with the Active 3D system, it does fall prey to that other
active 3D bugbear of crosstalk. There’s clear evidence of crosstalk’s
double ghosting around some bright and many background objects, taking
the edge off the sense of clarity the picture otherwise delivers so
well. 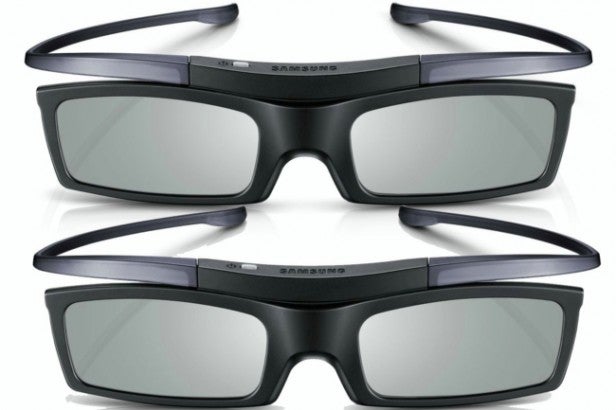 Another less common issue we noted while watching 3D on
the UE48H6700 was that the audio track sometimes seemed slightly out of
sync with the video, leading to a few lip-sync errors.

This is
actually quite a common issue, though, and fortunately the UE48H6700
doesn’t suffer as badly or as regularly with it as a number of other TVs
we’ve tested this year.

The UE48H6700’s audio is more or less par for the skinny TV course. Which is to say that it’s absolutely fine with regular day-to-day material, but sounds a bit thin and overloaded when the going gets tough with a typical action movie. The main problem is a lack of bass depth and power, which means that some deep bass sounds go completely AWOL while the bassy material you do hear tends to dominate the mid-range, overwhelming the subtler details that bring soundtracks to life.

When we first started testing the UE48H6700 we noticed some lip-sync issues similar to those noted with 3D, but thankfully these pretty much vanished after we’d downloaded the latest TV firmware update.

As well as a fairly bog-standard ‘normal’ remote control, the UE48H6700 ships with one of Samsung’s ‘Smart’ remotes. This much smaller, less button-laden remote features point and click technology as well as a small touch pad at its centre and a built-in microphone to provide a multitude of control options better suited to the TV’s smart menus than the normal remote. Actually, there are so many options that it can take quite a while to get used to the remote, but it is worth persevering with as it can ultimately provide some useful shortcuts. 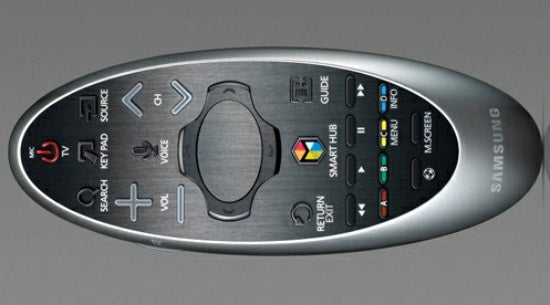 Gamers thinking the 48H6700’s size, price and feature set make it sound like a great gaming screen, meanwhile, will be happy to hear that we measured its input lag when using its Game mode – weirdly hidden in a ‘General’ submenu of the System menu – at just 33ms. This is one of the lowest figures we’ve measured this year, and shouldn’t have any dramatically negative impact on your gaming abilities.

The UE48H6700 is easily one of the best mid-sized HD TVs we’ve tested in 2014. In fact, its combination of price, great contrast-rich picture quality and expansive Smart features makes worthy competition hard to find. The best competition in picture quality terms comes from the superb Sony 50W829, which gives you a couple more inches of picture while only costing around £100 more.

Also a worthy contender is the Panasonic 48AS640, which combines good pictures with a currently very aggressive sub-£600 price and the excellent Freetime Smart platform, with its ‘back EPG’ catch-up TV interface.

Once you’ve spent a few minutes setting it up right, the UE48H6700 is another high-performance, high-value HD television from Samsung.