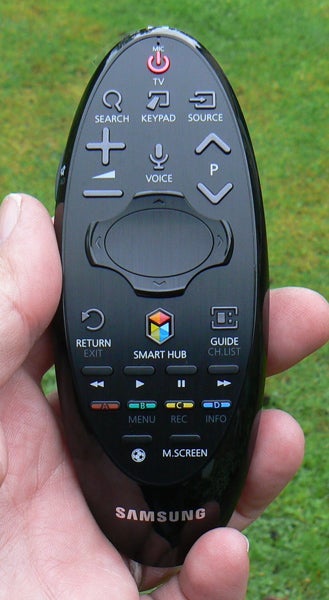 This is one of the UE46H7000s strongest suits. For starters its active 3D system does a terrific job of revealing all the full HD detailing in 3D Blu-rays, making them look every bit as sharp and detailed as 2D Blu-rays. This remains a key benefit of active 3D tech, as it makes the 3D world look more convincing and immersive, as well as avoiding the feeling with passive 3D that watching 3D is a resolution compromise.

There’s also only a very slight loss of brightness and colour saturation with Samsung’s 3D glasses perched (slightly uncomfortably) on your nose, and best of all the crosstalk ghosting flaw associated with active 3D is scarcely a problem at all. This freedom from crosstalk enhances the clarity of 3D images, as well as helping the UE46H7000 deliver a deeper and more convincing sense of depth to its 3D images. Excellent.

The UE46H7000’s sound quality isn’t bad at all considering how incredibly thin its frame is.  The soundstage is quite wide but coherent, the mid-range is open enough to keep vocals sounding natural and well-rounded, and there’s even a passable amount of bass to help the soundstage open up to handle action scenes.

Having said all this, while good by super skinny TV standards, the UE46H7000’s audio isn’t excused from the laws of physics, so it doesn’t rival the sort of power levels heard from some of the bigger-framed flat TVs that have come our way.

The UE46H7000 ships with two remote controls: a fairly bog-standard and rather uninspiring one, and a much more interesting ‘smart’ one. This latter remote uses a much smaller elongated oval design designed to fit comfortably into your hand so that you can access all of its buttons and the touch pad at its centre using just your thumb.

This remote also carries a mic to support the TV’s voice control options, and if you touch the pad and point the remote at the screen you can also use it as a point and click device like a Wiimote.

The smart remote takes a little getting used to thanks to the amount of functionality contained within the small area of the touch pad, but it’s worth persevering with as ultimately it’s much more effective than the standard remote.

Samsung has a long history of associating itself with games consoles. So it’s good to find the UE46H7000 backing this association up with a pretty strong gaming performance (once you’ve tracked down its Game preset oddly hidden away within the General submenu of the TV’s System menu). Our input lag tests turned up a figure of 33ms – low enough not to significantly damage your gaming capabilities. 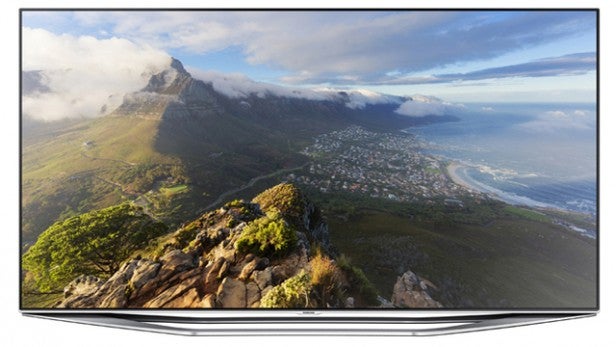 In pure performance terms the UE46H7000 is a superb TV, delivering pictures that are in most ways genuinely high-end – albeit not quite as good as those of Samsung’s H8000 flagship HD range.

Its smart features are without compare in terms of content levels and complexity too, even if their interface is a little clunky and inscrutable in places.

The UE46H7000 is not without its picture flaws, though, and this is enough to make its price look a bit high when you consider that you can get the much bigger 55-inch Philips 55PFS6609 for the same money and the brilliant 50-inch Sony 50W829 for just £900.

It’s also impossible to ignore the fact that Samsung itself is going to be launching a 40-inch UHD TV costing less than £1000 at some point this year.

The UE46H7000 is a mostly excellent picture performer in both 2D and 3D mode, and these strong pictures are housed in one of the most attractive TV designs we’ve seen. It’s not the best deal going, though, so consider your options carefully before you buy.