This is a £1,200 46-inch model from Samsung’s second highest full HD TV series for 2014. It boasts one of Samsung’s new ‘Aero’ designs (though there’s none of the screen curvature found on Samsung’s HU8500 and H8000 series), Samsung’s new smart TV system driven by a Quad Core processor, and 3D playback. Its dimming technology and motion processing aren’t as powerful as that of the impressive H8000 Full HD flagship series, though. 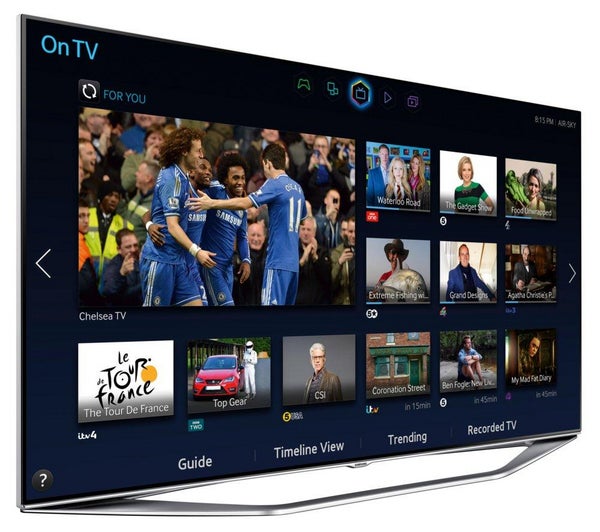 The UE46H7000 is a seriously attractive television. The black bezel around its screen is almost unfeasibly slim even by today’s generally skinny standards – just 3-4mm – and its neckless stand is an attractive metal frame design that lifts the TV an inch or two off your desktop. The silver side trim on the bezel gives it ‘360-degree’ design appeal too.

The fact that the TV attaches to the stand via two points at its extreme edges means the screen can’t rotate, but we don’t know of many households where this is a significant problem.

Connections are prodigious. Four HDMIs will provide most people’s main ports of call, two of which are side mounted and two of which stick straight out of the TV’s rear alongside an Ethernet port.

There are also three USB ports for both playback of multimedia sources and recording from the built-in Freeview HD and Freesat HD tuners, and built-in Wi-Fi for streaming stuff via DLNA from networked computers or going online with Samsung’s latest Smart TV system.

We’ve covered this system in depth in a separate article, so we don’t need to spend time going over it again here. But in summation it’s the most content-rich smart platform in the TV world and also boasts an attractive interface, an unparalleled variety of control options and an exceptionally sophisticated learning/recommendations system.

However, its interface feels a bit cumbersome these days, and learning your way around all it has to offer remains a challenge.

With the World Cup almost upon us, Samsung has equipped the UE46H7000 with a dedicated Football Mode feature. Select this and the picture settings switch to deliver an image Samsung deems best suited to viewing football matches. Plus, if you’ve got an HDD hooked up to one of the USB ports, the set uses analysis of crowd noise to automatically store a match’s highlights.

Please note that this feature only works with the set’s tuners, not any HDMI-connected sources. 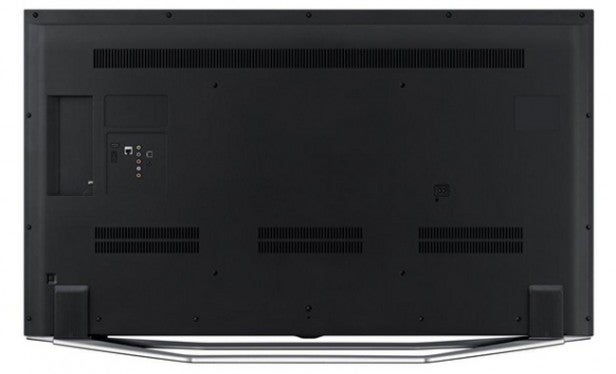 The UE46H7000’s picture specification is important in defining its position in Samsung’s current range. Its a full HD rather than UHD/4K model for starters, and its position one step below the flagship HD H8000 series is marked by the fact that it doesn’t feature a curved screen, uses an 800CMR (800Hz-like) motion system rather than a 1000CMR one, and uses ‘micro-dimming pro’ rather than ‘micro-dimming ultimate’.

This latter spec difference means the UE46H7000 breaks its pictures down into a smaller number of ‘zones’ for analysis than the H8000 models – a fact which past experience suggests will lead to reduced contrast and colour dynamism versus the 8000 series.

The UE46H700 is 3D-capable, using the active system (Samsung continues not to touch LG’s passive system with a three-dimensional barge pole) and including two pairs of active shutter glasses in the box.

There’s one other potentially important difference between the H7000 and H8000 ranges too: namely that the H7000 ‘only’ has a Quad Core processor while the H8000s have Quad Core Plus processors. This actually means the H7000s have quite a bit less processing power than the H8000’s which could impact the quality of on-the-fly picture processing elements as well as the speed of the set’s Smart TV systems.

The UE46H7000 is well stocked with picture adjustments, including gamma, colour management and white balance controls.

As usual with Samsung TVs, you will actually need to familiarise yourself more with the UE46H7000’s picture adjustments than you might like, for the simple reason that Samsung’s picture presets continue to push contrast and backlighting too hard, resulting in picture noise, reduced contrast performance and, with some models, backlight clouding issues. 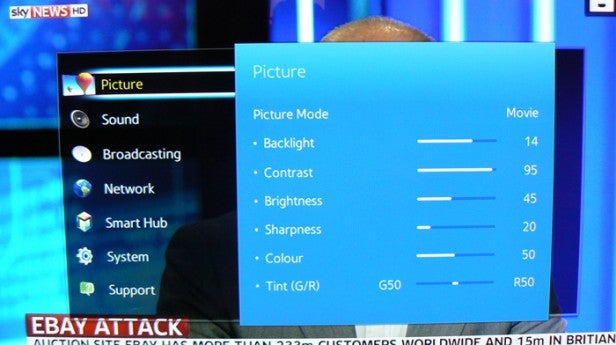 In the UE46H7000’s case, our key recommendations are that you set the backlight to between 12 and 14 and the contrast to 80-83 for TV viewing in a bright room, but reduce backlight to as low as 7-8 for watching films in a dark room.

Care also needs to be taken with the set’s various processing options (as is the case to some extent, actually, with every TV we test). In particular we’d suggest you only set the dynamic backlight/contrast system to its lowest strength to avoid image instability; that you only use the Motion Plus processing system on either its Custom setting with blur and judder elements set to three or not at all to avoid flickering and ‘haloing’ artefacts; and that you don’t use noise reduction with HD sources.

It’s worth adding here that images don’t seem to suffer too badly through the UE46H7000 only having a Quad Core processor rather than a Quad Core Plus one.

Further recommendations are that you actually don’t use the Football Mode for football as it doesn’t seem very happy handling motion, and that you activate the set’s Cinema Black feature during ultra-wide films which have black bars above and below them, as this significantly reduces the chance of you being distracted by any light bleed or clouding.