Enthusiasts can, of course, enjoy even more picture improvement if they’ve got the confidence to use the white balance and colour management tools, though we suspect that the simpler changes we’ve already suggested will be sufficient.

In fact, scratch that, as the Samsung UE46F7000 pictures calibrated along the lines suggested go way beyond ‘sufficient’ and enter comfortably into ‘very good indeed’ territory. 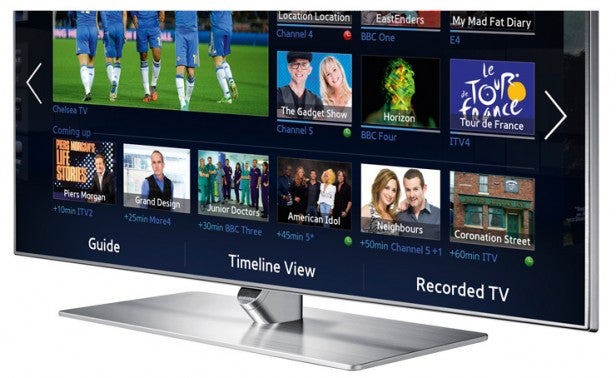 Black Levels
Black levels, for instance, while perhaps lacking a little of the greyscale finesse of those of the Samsung UE55F8000, nonetheless enjoy more depth and tonal accuracy than they do on the vast majority of LCD TVs – an achievement made all the more striking by the fact that the set doesn’t offer a full local dimming array along the lines of the Sony Bravia KDL-55W905A.

This black depth also helps Samsung’s set deliver a rich and surprisingly natural colour palette, with impressive levels of tonal subtlety visible once you’ve toned down the overbearing saturations evident using the out of the box presets.

Motion Handline
Motion looks good, too, at least in 2D mode. There’s a bit more resolution loss over moving objects without using the available motion processing than you get with the UE55F8000, and there’s slightly more potential for motion processing artefacts than you get with the flagship model too – a result of the UE46F7000 ‘only’ offering an 800 ‘Clear Motion Rate’ versus the 1,000 of the F8000 models. 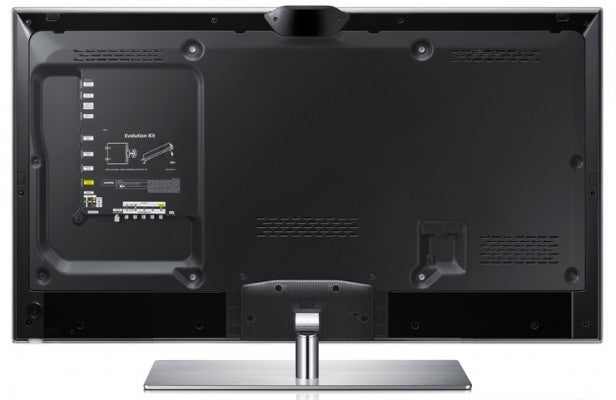 But these negative comparisons are being made with a flagship series where the 46-inch model costs a cool £300 more than the Samsung UE46F7000. Compared more fairly against rival models in its own price range, the motion clarity is strong.

Sharpness
The decent motion clarity contributes to a general good sense of sharpness and detail in HD pictures. It also, in conjunction with Samsung’s powerful picture processing, helps standard definition pictures be upscaled to the screen’s full HD screen unusually well, as plenty of extra sharpness is delivered without noise being exaggerated – so long as you follow our earlier advice and tone down the set’s sharpness setting a bit. 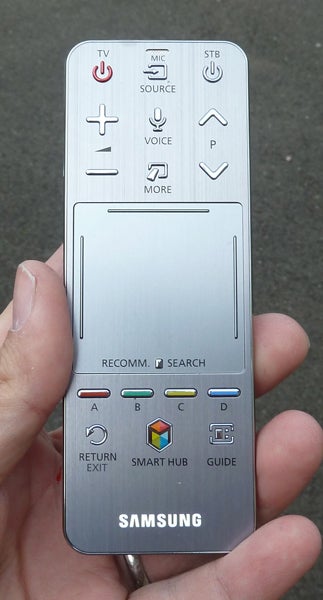 The Samsung UE46F7000’s 3D performance, meanwhile, is outstanding in some areas.
Its high levels of brightness and colour saturation despite the dimming
effect of the 3D glasses are excellent, as are its class-leading detail
levels with 3D Blu-rays and the almost complete absence of the
crosstalk ghosting noise still common on LCD 3D TVs.

However, the UE46F7000 falls a little short of the 3D excellence of its F8000 siblings for two reasons. First, dark scenes suffer with noticeable light ‘jets’ in their corners. Second, motion is handled less comfortably than it is by the F8000, with more judder if you don’t use the Motion Plus motion processing system, but more artefacts if you do use it.

Overall, the UE46F7000’s 3D images still rate as very good, nudging up to outstanding with bright and relatively static content. But if you’re a real 3D enthusiast, the F8000 is worth its extra money.

The F8000 is also worth the extra money if you’re a devoted movie viewer, on account of the UE46F7000’s slightly reduced shadow detail – a relative weakness caused, we imagine, by the UE46F7000’s employment of Samsung’s standard Micro Dimming image optimisation system versus the much more powerful Micro Dimming Ultimate engine of the F8000 series.

Where gaming is concerned, the UE46F7000 delivers a adequate input lag measurement of around 50ms. We’ve certainly measured lower this year though – including the Sony Bravia KDL-55W905, which turned in a figure of barely 10ms.

Used as the main TV for the review period
Tested for more than a week
Tested using industry calibrated tools, discs and with real world use
Tested with broadcast content (HD/SD), video streams and demo discs
Previous
Samsung UE46F7000 Review Next
Features and Conclusions Review