Samsung set the early pace in the remarkably high quality 2013 TV race with first the Samsung UE55F8000 LCD and then the Samsung PS64F8500 plasma TV. But not everyone can stretch to the somewhat dizzy heights of these flagship heroes, so we’re sure many of you will be very keen indeed to hear how the step-down Samsung F7000 LCD series, also known as the Samsung Series 7 range, compares.

It still has many of the key features, including Samsung’s well-stocked smart TV content, but lacks some of the more advanced features of Samsung’s flagship sets. We have the 46-inch Samsung UE46F7000, but it’s also available in 40-inch and 55-inch sizes. 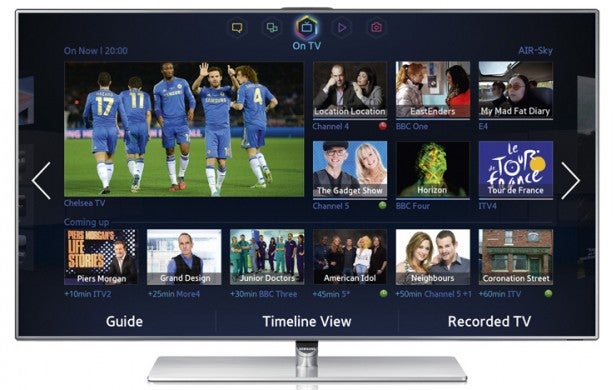 Before going any further with this review, we’re going to address right away an issue that our mail box suggests causes quite a bit of trouble for buyers of Samsung TVs: their presets. While many potential Samsung UE46F7000’s buyers will be perfectly happy with the four preset picture modes Samsung supplies, anyone with a discerning eye will dislike how none focus deep, grey-free blacks.

We’re hoping Samsung will see fit to include an extra preset on its TVs at some point that might reflect the sort of contrast-rich look with an emphasis on deep black level that we firmly believe many serious, ‘dark room’ viewers would prefer. In the mean time, though, we might as well share a few easy tips that can help you scratch your black level itch.

The main two things you need to do – with 2D footage, at least – are drastically reduce the set’s backlight setting down to around its seven level, and take the contrast down to between 75 and 80. These two steps alone will completely transform the uniformity and depth of the TV’s black level response/handling of dark scenes. But we’re not done yet.

Also important on the Samsung UE46F7000 is Samsung’s Cinema Black feature. Introduced for the first time on the brand’s 2013 TVs, Cinema Black lets the F7000 series to individually dim the LEDs at the top and bottom of its pictures – the areas where the black bars appear around 2.35/2.4:1-ratio films. This means you can avoid the rather grey and inconsistent look these black bars exhibit with Cinema Black turned off, and thus focus much more enjoyably on the picture between the bars.

Strangely, given that they use the same core panel designs, we found we preferred to use Cinema Black on its Medium setting on the Samsung UE46F7000, whereas the Low setting sufficed on the flagship Samsung UE55F8000 TV. 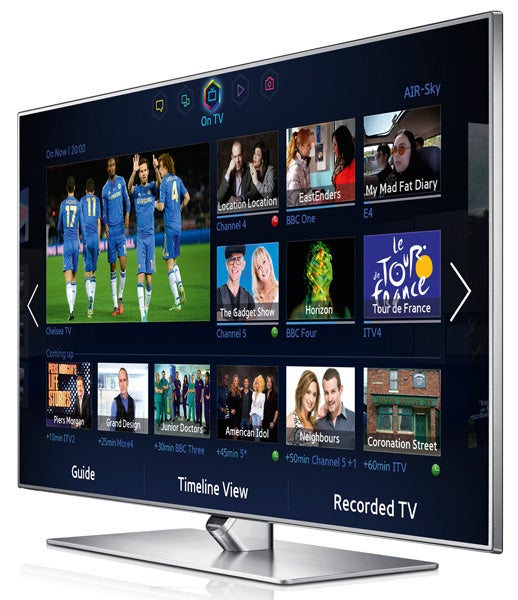 Other quick tweaks we’d recommend you make to the Samsung UE46F7000 settings to get the best from it are: a) reduce the picture’s sharpness a few notches to stop pictures looking ‘fizzy’; b) turn off all noise reduction circuitry (especially when you’re watching HD) to stop pictures looking soft and/or processed; c) only use the set’s motion processing on its Low setting (or not at all when watching Blu-rays) to avoid flickering artefacts; and d) only use the set’s dynamic contrast feature on its lowest level to avoid potential luminance instability.