Having kicked off its 2011 TV range with the exuberantly huge 55in UE55D8000, Samsung today continues its aggressive assault on your living room with a rather more practical offering.


For as well as being nearly 10in smaller, the 46in UE46D7000 is much cheaper – a whole £800 cheaper, in fact. So provided its step down in Samsung’s range from the D8000 series doesn’t introduce too many compromises, it could be a really tempting option.


Even a cursory comparison of the 46D7000 and 55D8000’s spec sheets immediately delivers some mighty fine news. For there doesn’t appear to be any difference at all in terms of features or specifications. In other words, unlike last year’s C8000 and C7000 ranges, which were substantially different, the only difference this year is an aesthetic one. 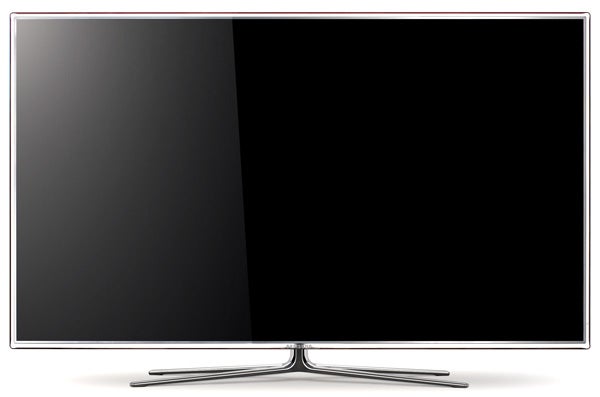 This finds the 46D7000 sporting a marginally less attractive see-through bezel infused with a hint of red in place of the sumptuous metallic bezel found on the 55D8000. But crucially, the 46D7000’s bezel is still almost unbelievably slim. And actually, its see-through nature means that in dark rooms, at least, the set looks arguably even more ‘bezel-free’ than the 55D8000.


As well as raising a genuine sense of wonder about how Samsung has managed to make an edge-lit TV that doesn’t have any edges, the extraordinary slimness of the 46D7000’s screen frame also helps it fit into spaces that might normally only take a 40-42in TV.


So far as the TV manufacturers are concerned, 2011 is the year of the Smart TV. And since Samsung has always been at the forefront of introducing multimedia and online features to its TVs, it’s no surprise to find the 46D7000 setting a startlingly high bar for the rest of the Smart TV fraternity to follow.


First, there’s the 46D7000’s connectivity. For as well as the headline four HDMIs for digital HD video connectivity, the set carries a LAN jack for DLNA PC or online router connection; no less than three USBs capable of either playing back the vast majority of video, music and JPEG file formats or recording video from the set’s Freeview AND Freesat HD tuners; a D-Sub PC port; and, best of all, built-in Wi-Fi. No need for add-on Wi-Fi USB dongles here.


With so many inputs and sources to handle, the 46D7000 obviously has the potential to be rather fiddly to use. In fact, we’ve found ourselves increasingly dissatisfied with almost all the operating systems employed by TVs in recent times, simply because they’re all starting to creak under the weight of all the extra content options now coming through. Which is why we’re loving the 46D7000’s Smart Hub…

Considered at its most basic level, the Smart Hub is simply an improved home screen, like a computer desktop. It gives you a visual, icon-driven representation of all the sources available to you and allows you to select the source you want simply by clicking on the icon associated with the source you’re after.


There’s no understating just how superb an addition the Smart Hub is to the 46D7000’s onscreen menus. Its simplicity and the effortless way it handles so many different source streams is one of those classic Eureka moments, where you find yourself scarcely able to understand why nobody has done this before.


Included on the Smart Hub, alongside the normal tuners and AV inputs, are dedicated Movie, music and photo icons to cover such content stored on your PC or USB drives. But you can also access the TV’s new open Internet browser; jump into Samsung’s ‘app store’; or access a Video section through which you can get information on films, send film-related messages to friends, or downstream films. 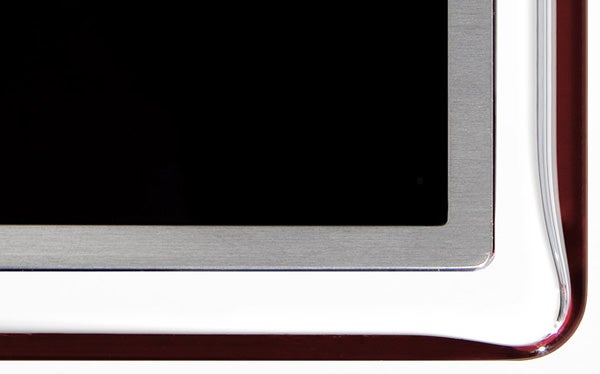 The Apps part of the Smart Hub shows a user-adjustable list of five ‘headline’ apps, but heading deeper into the app store, you can find many more pre-loaded ones, plus the option to download more according to your wants and needs. There were around 40 apps available during our tests, including a variety of games, video ‘stores’, catch-up TV services, social network sites and information sources. But this number will have increased greatly by the time the TVs are available in stores.


All the apps available for adding to the TV were free at the time of writing, but you can bet your bottom dollar that some of the future apps will require a one-off payment or a rolling subscription.


Samsung seems to have been stung by the criticism of crosstalk aimed at the 3D performance of its 2010 3D TVs, and so claims to have worked hard this year to slash the response time of its 3D LCD TVs to around 3ms. Further improvements have been made to Samsung’s 2D-3D converter, which now works on five different parameters when trying to calculate where objects should be placed when adding depth to a 2D image. And it’s nice to see, too, that the 46D7000 can also auto-detect an incoming side-by-side 3D image, rather than forcing you to switch the TV into the appropriate playback mode manually.


For all the 46D7000’s cutting-edge functionality, though, for us its single biggest leap forward from last year comes with its picture quality. Particularly where 3D is concerned.


The main reason we say this is that the 46D7000’s 3D pictures suffer far less with crosstalk noise than last year’s. This immediately makes them look much more consistently credible, sharp and easy to watch, as well as massively increasing your appreciation of what 3D can bring to the table.

The 46D7000’s 3D pictures look brighter, more colourful, more detailed and deeper than they did last year too, adding up to a 3D picture that we’d class as the best overall that we’ve seen so far.


The 46D7000 is a terrific 2D performer, too. Without Samsung’s surprisingly comfortable 3D glasses on, it’s easy to appreciate, for instance, the profound depth of its black level response. After a little calibration, there’s almost none of the greyness or backlight inconsistency over dark scenes that we usually associate with edge LED lighting.


Colours are outstanding too, achieving an uncanny balance between gorgeously rich saturations and the sort of tonal credibility and blend subtlety that helps make pictures look both believable and rich.


The 46D7000’s HD images are pin-sharp and ultra-detailed too – among the sharpest we’ve seen in fact. And this is without calling on the services of the set’s rather over-the-top edge enhancement and sharpness-boosting options. 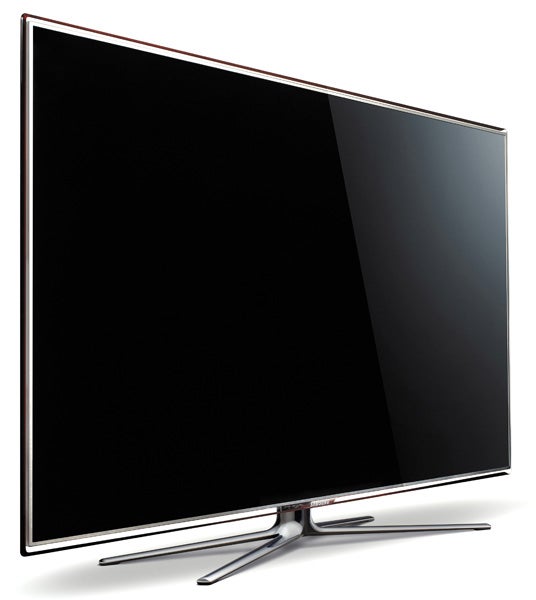 Tied in with the 46D7000’s impeccable sharpness is its improved motion handling. This was good, last year, provided you were careful with the Motion Plus processing, but this year, Motion Plus works its magic at reducing blur and judder while creating fewer side effects. As always, moreover, we greatly appreciated the exceptional flexibility Samsung provides for adjusting Motion Plus to suit your tastes, with separate ‘sliding bar’ strength adjustments for the judder and blur components of the processing.


In keeping with the last couple of generations of Samsung TVs, the 46D7000 does an excellent job of upscaling 2D material too, adding detail without exaggerating source noise.


Usually at this point we’d start to moan about how excellent Samsung picture quality is let down by another impoverished audio performance from the TV’s slender bodywork. But amazingly, this time it’s different. There’s a genuine sense of bass to the soundstage, a more open mid-range complete with a little breathing room to expand into during action scenes, and trebles sound clean but seldom shrill. Blimey.


So is the 46D7000 perfect? Not quite. There’s still residual 3D crosstalk, as noted earlier, especially over very bright sequences. And it’s a shame you only get one pair of Active shutter glasses included as standard.


We occasionally got the impression, too, that the central third of the image was slightly less bright than the outer two-thirds, though this wasn’t as obvious as on the 55D8000, and frankly hardly warrants a mention at all.


The final niggle is one you get with the vast majority of other LCD TVs, namely a drop off in colour and contrast if you watch the TV from much of an angle.


While last year’s Samsung 7000 models represented a significant step down in quality from its 8000 models, this year’s D7000 models are all-but identical. Which is to say they give you the same outstanding performance level for around £100 less in a slightly less flash but still lovely design. In other words, they’re another reason for the 2011 competition to feel really rather scared…