As noted in the setup section, if you stick with the UE40H7000’s picture presets you may be a little disappointed with the results. Backlight clouding (inconsistency) and excessive noise are both clear initial problems. But so long as you follow our setup advice, you should be able to rectify both these up-front issues very successfully. And once you have, you’ll be left with some of the best pictures in town.

Contrast is particularly outstanding – especially against the backdrop of a year where we’ve found ourselves pretty underwhelmed by the contrast efforts of a disappointingly high number of rival LCD TVs. With the backlight set low when viewing in a dark room the UE40H7000 produces black colours that genuinely look black, immediately making dark scenes look more immersive and convincing. 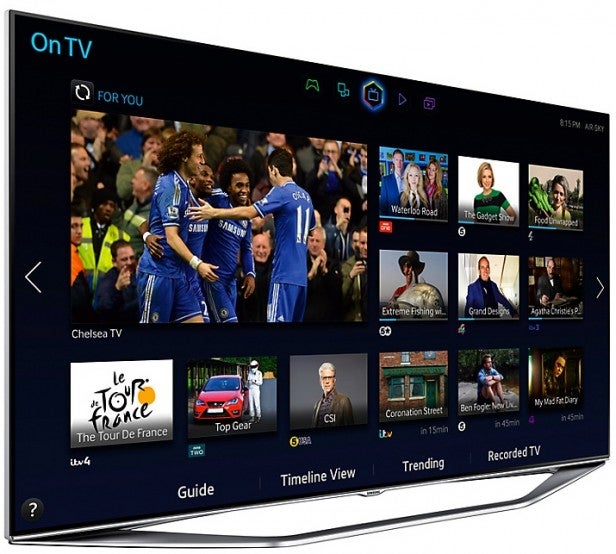 Further evidence of the effectiveness of Samsung’s backlight controls can be seen in how black areas continue to look deep and convincing when they appear in the midst of predominantly bright content. And as ever when we find rich blacks and bright colours co-existing so happily, the black level response proves a great foundation for the rest of the TV’s colourscape. In fact, the 40H7000 delivers one of the richest and most expansive but also subtlest colour palettes we’ve seen on an HD LCD TV.

Colours look well balanced too despite their vibrancy, and best of all colours generally retain their naturalism even with very dark shades. This consistent intensity of the colours is a clear indicator of how strong the UE40H7000’s native contrast performance is, for even after reducing the backlight sufficiently to remove the initial backlight pooling problems pictures still look punchy.

With HD sources pictures look exceptionally detailed and crisp meanwhile, and as noted earlier this crispness isn’t accompanied by excessive noise if you’ve been careful with the picture settings.

The only serious issue with the UE40H7000’s pictures is the way areas of very fine detail can seem to glow a little during camera pans. But you can minimise this artefact if nudge the set’s sharpness down – something you can do quite a bit before things start to look even slightly soft.

It must be said, too, that the UE40H7000’s excellent pictures aren’t quite as strong as those of Samsung’s flagship full HD TVs for 2014, the H8000s. The slightly higher level Micro Dimming system in the H8000s enables them to produce a more expansive contrast range with even deeper black levels. We also noticed that there’s a touch more resolution loss over moving objects than you get with the H8000s. But then it’s hardly shocking news to discover that a step-down HD model in a brand’s TV range isn’t quite as good as the flagship model!

By the standards of the HD TV world at large, the UE40H7000’s post-calibration picture really is very good indeed. Especially now that a recent firmware update has fixed what was previously the most irritating thing about the H7000 series’ picture makeup: the way the backlights were switched off entirely when trying to show extremely dark scenes, resulting in distracting brightness shifting as the lights came back on once a picture was received that wasn’t so dark. Now the lights are never fully turned off, resulting in a much more even luminance.

Used as the main TV for the review period
Tested for more than a week
Tested using industry calibrated tools, discs and with real world use
Tested with broadcast content (HD/SD), video streams and demo discs
Previous
Samsung UE40H7000 Review Next
3D, Sound and Conclusions Review