First, it must be said that a 40-inch screen isn’t really a big enough forum to deliver a truly exciting 3D performance, as it just can’t fill enough of your field of view (unless you’re sat unusually close to the screen).

That gripe aside, though, the UE40H7000 is actually one of the best 3D performers we’ve seen. It delivers exceptional levels of detail from 3D Blu-rays, and its 3D images enjoy much more brightness and colour intensity than we commonly see with the active 3D system. 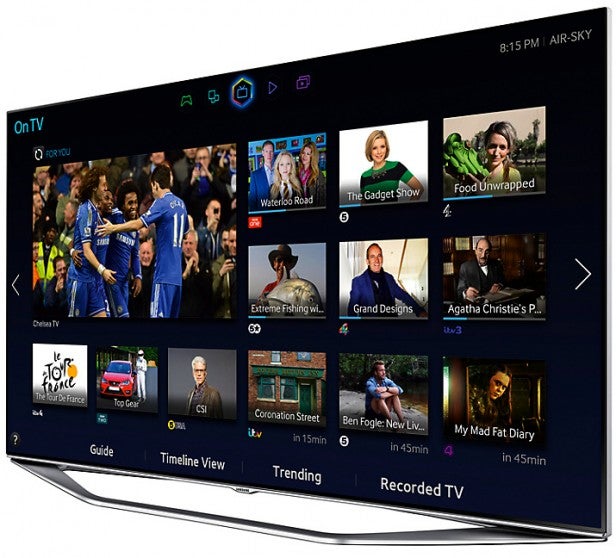 Flicker is also well suppressed so that watching 3D doesn’t feel as fatiguing as it can on active 3D screens. Finally there’s remarkably little crosstalk ghosting noise on show, meaning that images look sharper and more detailed while also saving you eye strain as there’s less temptation for your eyes to keep trying to refocus the crosstalking areas.

There’s a touch more judder with 3D than you get with 2D, and occasionally the need for the panel to be driven harder to replace any brightness lost by the shuttering glasses can cause some backlight clouding during dark scenes. But for the most part the UE40H7000 is pretty much as good as 3D currently gets on a TV – notwithstanding the smallness of its screen.

The UE40H7000 manages to sound like a much bigger TV than it is, thanks to the way its speakers propel audio some distance clear of its frame without the mix starting to sound stretched or dislocated. 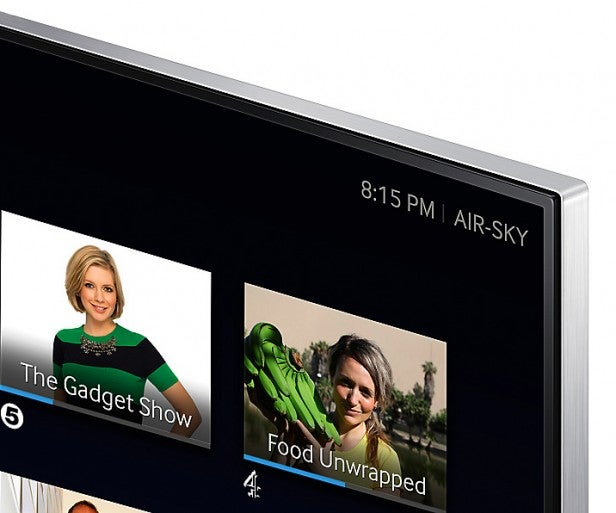 Vocals remain nicely locked to the screen too despite the soundstage scale on show elsewhere, and there’s also more dynamic range to be heard than is common on such slim TVs, with lots of harshness-free treble detail sitting opposite a reasonable and well-controlled amount of bass.

At loud volumes things can start to sound a touch muffled and the maximum volume the set can achieve may struggle to fill a really large room. But overall the UE40H7000 does pretty well for a super-slim design.

In keeping with other high-end TVs from Samsung’s current range, the UE40H7000 provides two remote controls. The normal remote is OK – a bit small and plasticky, but reasonably straightforward. Much more interesting, though, is the ‘smart’ remote, which strips away many of the buttons and provides a touchpad at its centre for easier navigation around the smart menus. You can even as an extra option use the remote as a point and click controller, like Nintendo’s Wiimotes.

Initially the sheer volume of control options available over what’s actually a very small area of remote control real estate (Samsung wants you to be able to accomplish most tasks with just a small movement of your thumb) can cause confusions and accidental mis-steps. But persevere, for once you’ve cracked it it’s a much superior interface option than the standard remote. 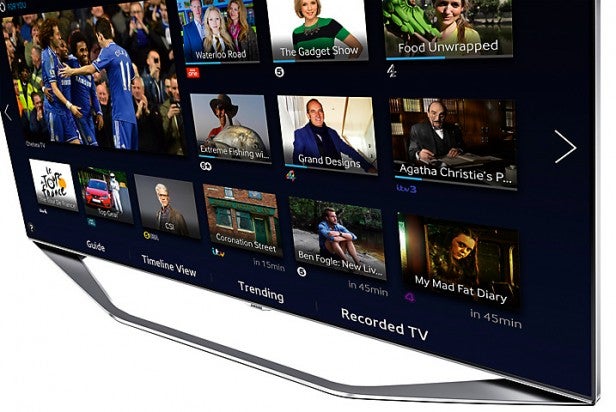 If you’re thinking of using the UE40H7000 for gaming, there’s more good news. Our input lag tests produced a typical figure of 33ms, which is low enough to not have a serious negative impact on your gaming abilities.

If your main impetus for buying a 40-inch TV is maximising your feature count and picture quality, then the UE40H7000 could well be the TV for you. It’s a truly excellent performer, in both 2D and 3D, and its video streaming support is uniquely comprehensive.

The only problem, potentially, is cost. Its £850 price tag is very high by today’s 40-inch TV standards, and there are some strong mid-range 40-inch rivals around this year like the £500 Sony KDL-42W705B.

If you’re on the look out for a bargain or a high-value TV, the UE40H7000 is not really for you given the quality of some of the mid-range competition this year. However, if money’s no object – but size is – then the UE40H7000 is a stellar effort, bettered only by Samsung’s own H8000 series.