The UE40H7000 is an £850 40-inch high-end full HD TV. Which means it finds itself in a potentially tricky position this year thanks to the way ever-cheaper native 4K/UHD TVs are making it ever harder for high-end HD TVs to justify themselves. Will the UE40H7000 be up to the job?

The UE40H7000 is a looker. Its glossy black bezel is on-trend slim, and offset attractively by a shiny metallic outer trim and strip along the bottom. Its full-width silvery open-framed desktop stand is eye-catching too – especially as it sits immediately below the screen with no neck between the two. 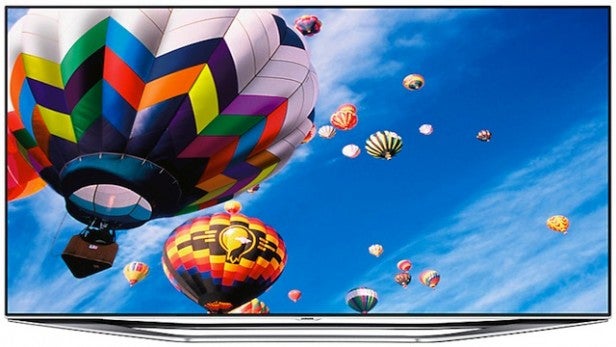 Connections are strong. Four HDMIs get the ball rolling, and these are joined by both Freesat HD and Freeview HD tuners, plus all the ‘smart’ connections we’d expect of a premium HD TV these days (namely three USBs plus built-in LAN and Wi-Fi connections for multimedia playback and internet access).

While this internet access can be ‘open’ via a built-in Web browser, for the vast majority of the time you’ll likely be happy to stick within Samsung’s ‘walled garden’ of content specially organised and interfaced to work in a TV rather than computer environment. Especially as the quantity of this content is actually prodigious – ahead of any other Smart TV brand at the moment.

Panasonic has managed to join Samsung this year in offering all the ‘big four’ catch up TV services (the BBC iPlayer, ITV Player, 4OD and Demand 5) on its TVs, but Samsung is still ahead with app numbers overall. And many of these apps are of the genuinely useful video streaming variety rather than just half-arsed games and infotainment ‘tools’.

The Samsung smart interface is attractive but sometimes a bit inscrutable, and it’s been made to look a little cumbersome this year by Panasonic’s Freetime system and, especially, LG’s WebOS-based smart interface. For a detailed look check out our 2014 Samsung smart system review.

The UE40H7000 tries to tempt you to its relatively high-end cause with some strong picture specifications. It uses a VA panel type for a start, which immediately ups its chances of a decent black level response. And while it uses edge LED lighting rather than direct, Samsung has consistently proved one of the best brands around at manipulating edge LED lighting into delivering excellent picture quality results. 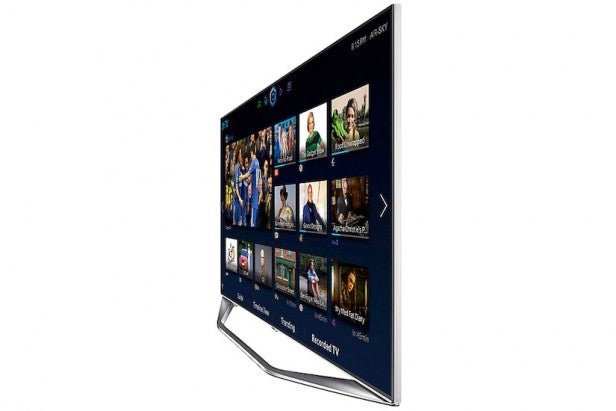 Playing a big role in this light manipulation process is Samsung’s Micro-Dimming Pro system, which breaks the image down into a huge number of small zones within which elements of the picture reproduction can be tweaked to deliver optimum contrast and luminance settings on a more local level without going so far as employing a local dimming engine in the edge LED lighting array.

Motion should benefit from the UE40H7000’s 600CMR (600Hz-emulating) processing system if it’s delivered well, and it shouldn’t do any harm to the quality of the video processing either that it’s driven by a quad-core processor. This should propel the Smart TV features and menus along nicely too, though it’s worth pointing out that the processing doesn’t employ the significantly more powerful Quad Core Plus processors found in Samsung’s H8000 series.

One last feature to mention here is the UE40H7000’s 3D playback. This is of the full HD active shutter variety – as ever with Samsung TVs – and you can enjoy it right out of the box courtesy of two pairs of Samsung’s stylishly lightweight, slender-framed active shutter 3D glasses.

Since even Samsung’s relatively entry-level TVs tend to be well-stocked with set up features, it’s no surprise to find the high-end UE40H7000 carrying everything – including gamma, colour management and white balance controls – you could need to achieve a pro-level calibration (if that’s your thing).

That’s the good news. The bad news is that Samsung continues to deliver fairly unhelpful picture presets. So even if you’re terrified of entering the picture set up menus we’d strongly suggest that you overcome your fear so you can get the best from your new TV. 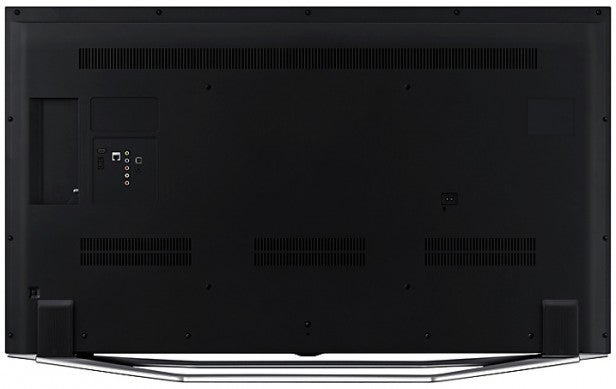 In particular Samsung’s picture presets are too aggressive with their contrast and backlighting, resulting in picture noise, reduced contrast performance and, with some models, pools of backlight inconsistency. Our top tips for countering these issues would be setting the backlight to between 12 and 14 and the contrast to 80-83 for bright rooms, but reducing the backlight to as low as 7-8 for watching films with the lights down.

When it comes to picture processing tools, we’d suggest you only set the dynamic backlight/contrast system to its lowest strength to avoid image instability; that you only use the Motion Plus processing system on either its Custom setting with blur and judder elements set to three or not at all; and that you don’t use noise reduction with HD sources.