The UE40F8000’s also supports both control by and content sharing with second screens in the shape of Android and iOS apps. These let you share what’s showing on your TV – or even what’s on the TV’s built-in second tuner in Android’s case – on your second device, as well as letting you share multimedia on your portable device to the TV screen. 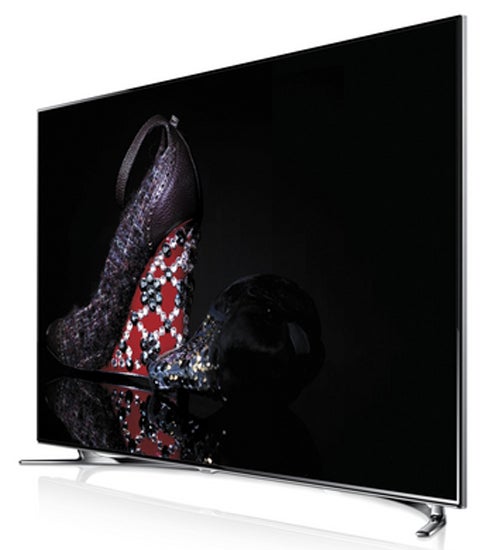 Finally where the interface is concerned, while we quickly became fans of Samsung’s latest touch-pad remote control (provided free with the UE40F8000), we still didn’t find ourselves often feeling compelled to use Samsung’s gesture and voice controls, thanks to the former being too tiring and the latter being too prone to ‘hearing errors’. Despite the fact that both systems are actually considerably improved in effectiveness from their debut states last year.

Tucked away in a more straightforward set of onscreen menus is an outstanding collection of picture adjustments, including the colour management, white balance and gamma controls that would surely have been enough to earn the TV the endorsement of the Imaging Science Foundation (ISF) had Samsung wanted to secure it.

All the adjustment tools in the world wouldn’t matter, though, if using them didn’t result in excellent pictures. So it’s a relief to find the UE40F8000 rewarding your set up efforts spectacularly well, with what we’d argue are the finest pictures seen from any 40-inch LCD TV to date. 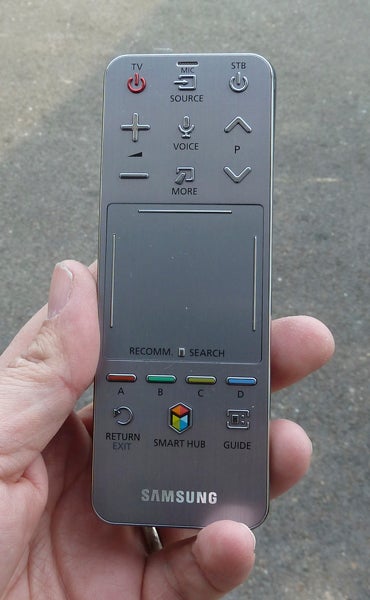 The most immediately striking aspect of the 40F8000’s performance is its outstanding contrast. We’re accustomed now to Samsung’s top-end TVs delivering spectacular colours and brightness, but while Samsung has also previously been able to produce a strong black level colour, it’s always come with a rider attached in the form of backlight clouding, whereby some parts of dark scenes look unnaturally brighter than others.

Previously, dodging this distraction has required you to take out a fairly hefty chunk of backlight brightness from Samsung’s TVs. But this year Samsung’s engineers have pretty much completely removed backlight inconsistency, so that the UE40F8000 can deliver startlingly deep black colours with almost total consistency even when you’re using one of the TV’s far-too-aggressive picture presets. 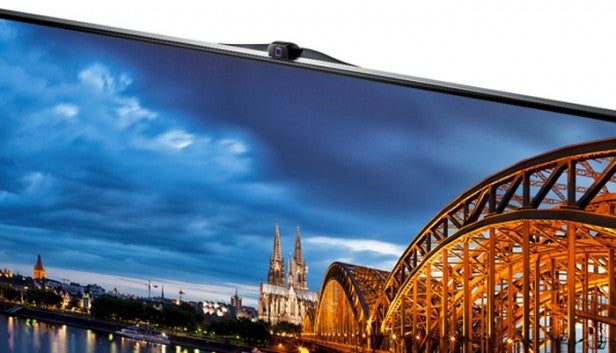 To get the best black levels, colours and detail response from the UE40F8000 we’d still recommend that you reduce the backlight to as low as between six and eight using Samsung’s scale. However, the key point here is that you don’t HAVE to use such a low-brightness set up on the UE40F8000. So if you prefer to watch pictures with colour and brightness levels ramped up – as Samsung’s presets seem to think you do – then dammit, you can, without dark scenes turning into a distracting, uneven mess as a result.

Perhaps because of its improved black level response, the 40F8000 turns out to also be a terrific colour performer, achieving that dream combination of extremely punchy colours and superb tonal subtlety. Even peak whites manage to contain subtle shading differences rather than ‘flaring out’. Colours can be made to look very accurate too – once you’ve calmed the backlight and contrast settings down from the levels used in the presets – for film fans keen on trying to get a TV which produces pictures as close to the established video industry standards as possible. 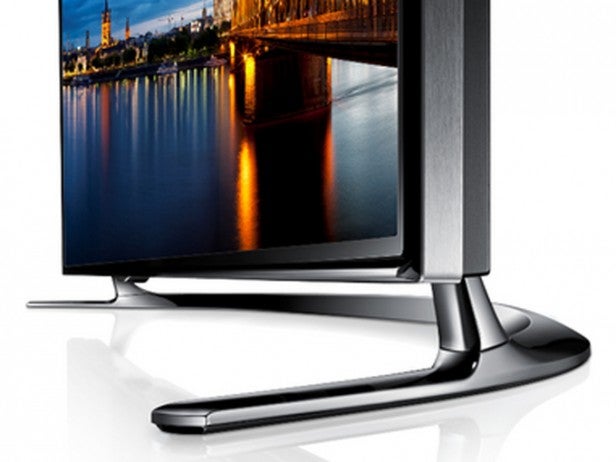 The Samsung UE40F8000’s sharpness, meanwhile, is nothing short of sensational, thanks to a brilliant mix of an almost uncannily accurate approach to detail portrayal and one of the finest motion handling systems we’ve seen from an LCD to date. Even without calling into play Samsung’s motion compensation processing the ‘1000Hz’ engine exhibits scarcely a trace of the resolution loss over moving objects you still get to some extent with almost every other LCD TV.

Actually, the image’s sharpness is so aggressive in the TV’s out of the box state that we toned the sharpness setting down a bit when we first started using the TV to stop things looking a little noisy and ‘forced’.

Used as the main TV for the review period
Tested for more than a week
Tested using industry calibrated tools, discs and with real world use
Tested with broadcast content (HD/SD), video streams and demo discs
Previous
Samsung UE40F8000 Review Next
Picture Quality and Conclusion Review