If you had to define ‘shelf appeal’ in TV terms, you could probably just point at a Samsung UE40D6530. For as well as blowing away the competition aesthetically – bar, perhaps, Samsung’s own D7000 and D8000 ranges – the UE40D6530 is strikingly affordable for a 40in full HD 3D TV. You’d normally be lucky if its £749 asking price bought you a bog-standard 2D 40in LED TV, never mind one that’s 3D ready and equipped with a full ‘Smart TV’ system.

In other words, the UE40D6530 is one of those TVs that seems at first glance too good to be true. So we guess the main job of this review will be to ask ‘so what’s the catch?’

Those champion looks we referred to earlier really are sublime. For a start, the glossy dark bezel is stunningly slender: just 12mm across from the screen to its outer edge. As well as enabling the set to fit into the sort of space where only a 37in or 32in TV would normally go, the tiny bezel really makes you focus more on what you really want to see: the TV’s pictures. 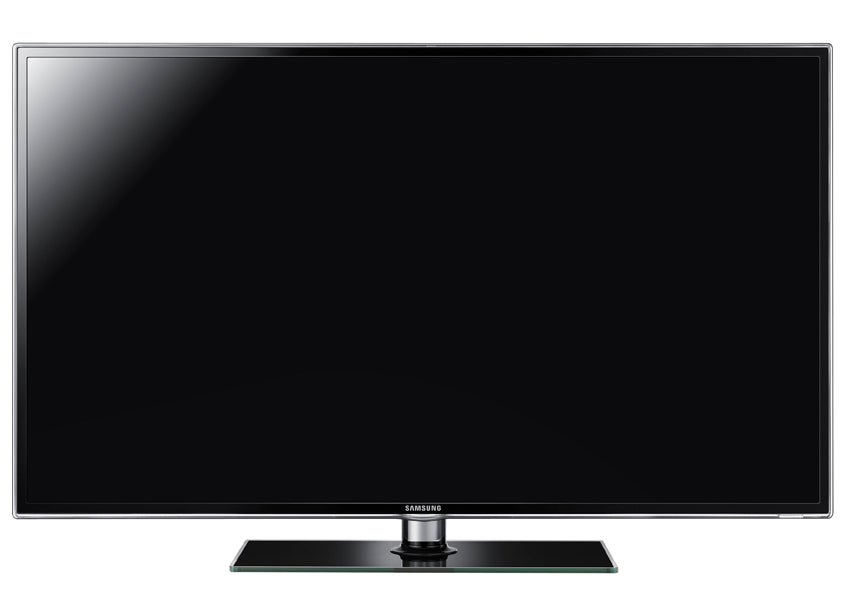 The TV’s rear is gorgeously slim too – under 30mm, in fact, if wall mounted. While slim, though, unlike some of Samsung’s 2010 TVs, the UE40D6530 isn’t so slender that it can’t accommodate key jacks like the aerial feed and an Ethernet cable without using ‘downsizing’ adaptors. This makes it less of a hassle to set up – as well as more cost effective for Samsung, no doubt.

The UE40D6530’s bounty of connections are all accessed from the side or below,  enhancing the TV’s wall-hanging potential, and include four v1.4 HDMIs, three USBs, a component video input, a D-Sub PC port, a Scart (this is one where you DO still need a provided adaptor) and a LAN port. Most people won’t bother with the LAN, though, for the good reason that the UE40D6530 carries built-in wi-fi without the need for one of those aggravating USB wi-fi dongle thingies still favoured by most networkable TVs.

The USBs can, as usual, handle the vast majority of key photo, music and video formats, or they can be used for recording from the integrated Freeview HD tuner to compatible USB HDDs. As for the LAN/wi-fi connections, these can either ‘talk’ to your DLNA-enabled PC via Samsung’s AllShare interface, or take you online with Samsung’s Smart TV service.

This is a full version of Smart TV, moreover, complete with an open Web browser and Skype (via an optional webcam accessory), as well as access to the dozens of apps and video streaming services that now form Samsung’s Smart TV ‘empire’. Note that neither the Web browser nor Skype are available on the step-down 6100 LED series.

As noted in other reviews of Samsung’s 2011 Smart TVs, by no means all the apps available on the service are useful or even interesting. But then the same is true of the apps for Smartphones, and that hasn’t stopped them becoming a runaway success!

There are some genuine gems among the apps provided too, particularly those that focus on streaming video. The BBC iPlayer catchup TV app, the LoveFilm app, the AceTrax movie purchase/rental app, the BBC News app and Samsung’s own, fast-growing 3D content streaming app are all great additions to any TV’s functionality. Social media lovers will appreciate the set’s Facebook and Twitter apps too, while fans of simple gaming will find basic game apps galore to keep them busy.

The 40in screen is, as you would expect from its slimness, driven by edge LED lighting. It’s also a full HD affair as almost all 40in LCD TVs are these days, and it claims a ‘clear motion rate’ of 400. Most brands would probably just call this 400Hz, but Samsung feels uneasy about suggesting that its screen might have a genuine 400Hz refresh rate when what’s really happening is that a 100Hz native scanning rate is working with a scanning backlight and processing tools to deliver the equivalent of 400Hz.

The 400CMR figure is only half of the 800CMR figure claimed by Samsung’s D7000 and D8000 3D TVs. This raises the possibility of increased 3D crosstalk, as the screen may not respond as quickly to changes in the image content. Fingers crossed this won’t prove to be the case. 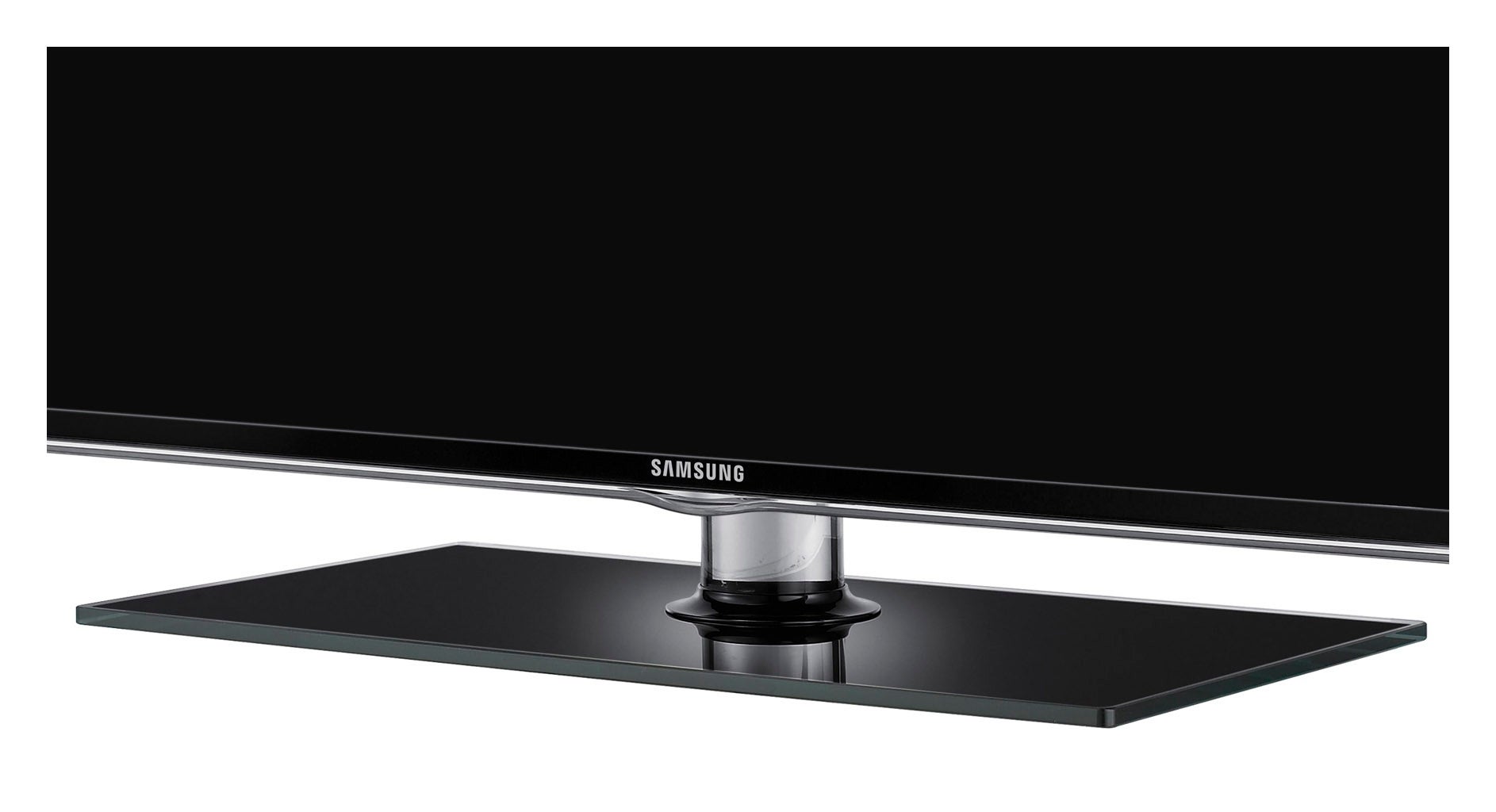 The onscreen menus in the UE40D6530 are excellent: clean, clear, colourful, and heavy on graphics and icons. Particularly brilliant is the Smart Hub: a new, beautifully presented one-stop shop for accessing the TV’s myriad sources, from the apps through to your normal TV broadcast channels. Also inspired is the TV’s interactive onscreen instructions system, which brings up an explanation of what each feature in the menus does as you roll your cursor over it.

Our concerns about the 40D6530‘s 400CMR causing crosstalk on 3D prove largely – though not completely – unfounded.

In fact, with the difficult (because it’s predominantly dark) lantern scene in Tangled the UE40D6530 delivered arguably the most crosstalk-free picture we’ve seen from an LCD TV to date. However, there was a touch more crosstalk during notorious bright 3D sequences, like the Golden Gate Bridge fight in Monsters Vs Aliens. This crosstalk isn’t the aggressive, rampant, colour-tinged type that so destroys the 3D pictures of Sony’s 40EX723 series; rather it looks like transparent outline echoes of occasional objects in the mid to far distance. Once you’ve noticed even this relatively gentle crosstalk for the first time, though, you do find yourself looking out for it again, which is unfortunate.

In other respects the 40D6530’s 3D pictures are pretty good, with decent brightness levels and colour saturations. Samsung should, though, introduce a special 3D picture preset, as we can readily imagine, for instance, people accidentally sticking with the set’s Movie preset they’d used up for watching a 2D Blu-ray when switching to a 3D Blu-ray, even though the Movie preset isn’t nearly bright enough to deliver a great 3D experience.

Motion doesn’t look quite as polished without any of Samsung’s motion processing in play as it does on the D7000 and D8000 models. But it still looks perfectly watchable, and you can remove pretty much all traces of judder and motion blur if you do call in the motion circuitry. Just be aware that setting this any higher than its ‘Clear’ mode can result in films suddenly looking video-like – something that certainly won’t be to everyone’s tastes.

While the 40D6530 mostly looks brilliant, though, it has an Achilles Heel in the shape of that dreaded edge LED phenomenon of inconsistent backlighting. During very dark scenes you can make out some quite extensive areas where the screen looks brighter than it does elsewhere – and whenever you see these ‘clouds’, they inevitably distract you from what you’re watching. 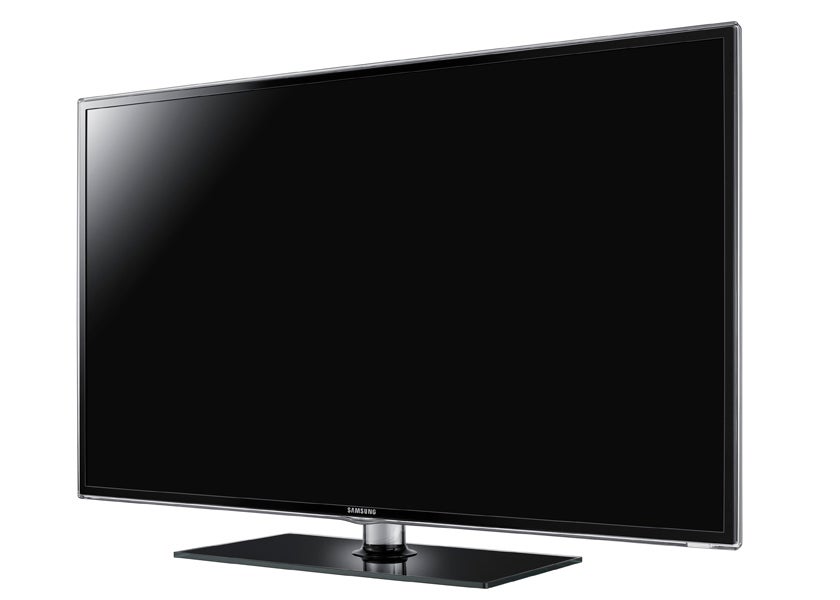 You can certainly reduce the impact of the clouding if you avoid the crazily high backlight levels favoured by the TV’s limited set of picture presets. But even with the backlight reduced to 6, at which point the picture really starts to lose shadow detail and punch, the clouding could still be seen on dark scenes like the one where Bond, um, probes a lady friend for information in his hotel room in Casino Royale.

If, however, you consider yourself a serious movie fan who likes nothing more than to draw the curtains tight and turn the lights right off when watching a film, the chances are that the  UE40D6530‘s clouding issues will disturb you at least a handful of times during any given movie.

One other issue that gamers need to think about is that our input lag tests on the UE40D6530 shifted rather erratically between a respectable 40ms and a potentially performance-affecting 70ms, even using the set’s Game mode.

Finishing up with a the 40D6530’s audio, it’s fair to middling – which actually counts as a decent achievement versus the puny audio of previous Samsung TV generations. There’s not a lot of bass, but the mid-range and treble parts of the soundstage are just about open and clear enough to do the business. Oddly, the set actually sounds better at high volumes; at lower levels the sound seems thinner.

Under the right conditions, the 40D6530 can produce pictures good enough to make you purr like the most pampered of cats. Its design is sublime too, and it delivers a likable if not state of the art 3D performance. Throw in ample multimedia talents, moreover, and you’ve got a TV that does an awful lot for its surprisingly affordable price.

However, we can’t quite bring ourselves to give it an unconditional rave on account of its minor crosstalk and middling backlight issues.