The £380 UE32J6300 is a 32-inch TV, which is great – we don’t see nearly enough of these on our test benches these days, despite the fact that they still sell like hotcakes (presumably predominantly for use in second and third rooms).

The UE32J6300 even manages to introduce a key point of difference to the increasingly homogeneous 32-inch TV world. For you don’t have to look too hard to notice that its Full HD screen is distinctly curved.

The UE32J6300 is actually an unusually smart-looking TV, with its angular metallic-grey screen frame and posh boomerang-shaped desktop stand. However, the feature that most who see it will want to talk about is its curved screen. Especially since – similar to the rest of Samsung’s 2015 curved TV range – it’s quite a pronounced “bend”. 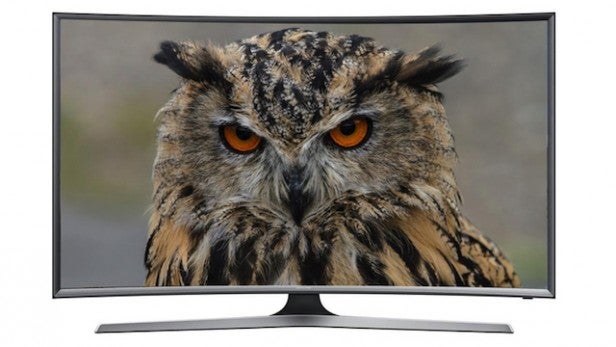 To be honest, at first this curvature seems like nothing more than a gimmick. I’ve long maintained that curved TVs only make sense at really large screen sizes, where such advantages as perceived sharpness at the image’s extremities and the image curving into your peripheral vision for greater immersion possibly make sense.

On reflection, though, I can just about see a point to it here. After all, even a 32-inch TV can look reasonably large if you’re sat fairly close to it. If you’re after a screen to use as a personal video gaming monitor, or else a TV for your study, then you might enjoy some benefit from the UE32J6300’s curved screen.

However, in any other setup it’s difficult to see what the curvature might bring to the party – other than geometry issues when viewed from an angle, and an inflated price!

To illustrate this latter point, Samsung UE32J5600 flat TV costs around £280 at the time of writing, which is £100 less than the UE32J6300. Although to be fair to the curved model, the UE32J5600 doesn’t boast quite the same level of picture specification. 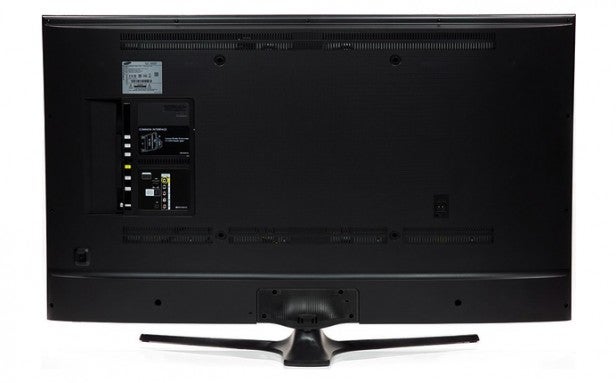 There’s also the potential for any relections on curved screens to spread across more of the image than they would on a flat TV. Having said that, the UE32J6300’s screen appears better at soaking up reflections than some of Samsung’s more expensive curved TVs.

Connectivity is strong. Four HDMis lead the way – at least one more than might have been expected on a 32-inch TV these days. Plus there’s a trio of USBs for multimedia playback duties; Wi-Fi Direct and Screen Mirroring support; and built-in Wi-Fi and Ethernet options for adding the TV to your home network.

These network connections support both streaming of multimedia files from networked DLNA-enabled devices, as well as access to Samsung’s online services.

Access to all the content that the UE32J6300 supports comes via Samsung’s new-for-2015 Tizen interface. This is mostly a good thing, since it does a pretty decent job of paying homage to LG’s excellent webOS platform while also introducing a few useful ideas of its own. It can be customised too.

In terms of content, most of the key services are supported, including Amazon, Netflix and all of the main UK catch-up services. It was apparent, though, that the UE32J6300’s Tizen application was more prone to “slow-down” and general sluggishness than it has been on more highly specified Samsung models.

For a fuller look at Tizen, check out our dedicated review.

The UE32J6300 is pretty well specified for such a small TV. For instance, its Full HD screen is illuminated by a direct rather than edge LED lighting system that benefits from Samsung’s Micro Dimming Pro engine. This breaks down the image into hundreds of small zones for analysis, so the screen can deliver superior light management and contrast. 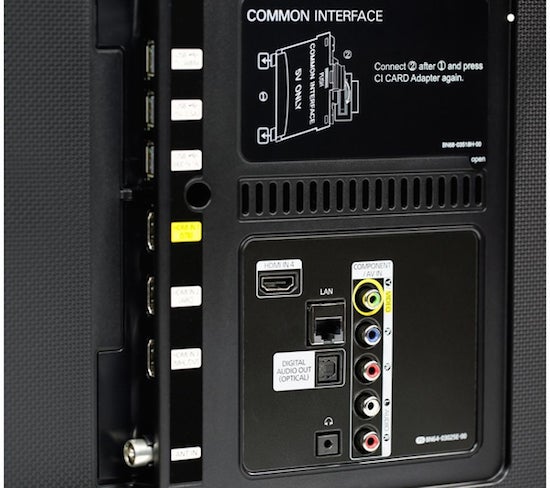 The screen also enjoys 800Hz emulation, achieved via a combination of backlight scanning, a native 100Hz panel and frame interpolation. This is twice as high as what you can get on the Samsung J5600 models, and should result in sharper, cleaner motion even if you’re the sort of movie fan who tends to turn off all motion processing on principle.

There’s no 3D support, but it’s hard to imagine many people missing it on such a small screen.

As is usual with Samsung, many of the out-of-the-box presets employed by the UE32J6300 tend to be over-aggressive to the point where they sell short what is actually a very good LCD panel at the TV’s heart.

The backlight is set to its maximum level on some presets, and has the unfortunate effect of making dark scenes look substantially more washed out and grey than they do if you reduce the setting to between its 10 and 12 (out of 20) level. You can achieve even better blacks if you lower the backlight setting further, but shadow detailing can start to be lost.

I’d recommend turning off all noise reduction processing for HD viewing. In addition, either turn off the motion processing or else only use it on its Clear setting or a Custom mode, with the judder and blur elements both set to around their three level.

Finally, I’d recommend that the contrast is set to around its 83-84 level, rather than the maximum 100.