While it’s easy for us as a technology review site to get all hot under the collar about the latest cutting edge TV features – 3D, Smart TV, super-charged LCD panels and so on – we should never forget that there are many people out there for whom a TV is simply something that’s supposed to show good-quality pictures. No more, no less.

That this remarkably affordable TV has arrived from Samsung – a brand that’s keener than most to stick to a ‘premium TVs only for review’ policy – is one surprise. But another is how good most things about the UE32D5000 are for its money.

The set hits the ground running with its design: a typically crisp, clean and stylish affair, comprising a ‘crystal’-finished black bezel rounded off by a cute transparent outer trim. The detachable desktop stand fits in a treat, too, thanks to its transparent neck – though the screen’s extreme slimness makes the UE32D5000 a great option for wall hanging too, especially as its connections are all positioned for side access rather than facing straight out. 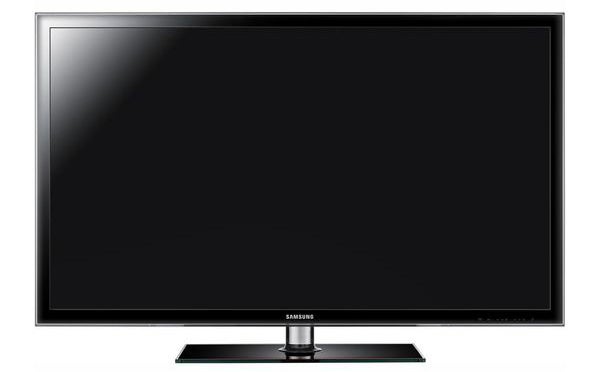 These connections are excellent for the UE32D5000’s money. With its four HDMIs, two USBs, D-Sub PC port and Ethernet socket, it appears at first glance to be just as well connected as many TVs costing four times as much.

It’s only when you start delving deeper into the full abilities of each of these key sockets that the feature compromises start to crop up. For instance, while the USBs can still play video, photo or music multimedia files, they can’t also record from the built in tuner like they can on Samsung’s higher spec models.

Next, while the Ethernet port can, impressively, port in files from a networked PC, it can’t take you online to Samsung’s Smart TV portal. This means the UE32D5000 denies you access to all the extra content now offered by Samsung’s Smart TV system – but we know from debates on this very website that Smart TV features leave plenty of people cold.

This latter feature compromise is unquestionably the most controversial one. For we have no doubt there will be people out there who just won’t countenance buying a main living room TV these days that doesn’t have an HD tuner built into it. If you’re looking for a 32in TV for a second room, though, then the lack of an HD tuner is unlikely to matter nearly as much.

Surprisingly, given how cheap it is for an edge LED set, the UE32D5000 manages to give you 100Hz processing rather than being a straight 50Hz affair. Heading into the set’s clean onscreen menus reveals a couple more unexpected tools too, including backlight adjustment (on top of the usual brightness/contrast tweaks); a black tone booster; various gamma settings; a tool for reducing or increasing shadow detail; a skin tone adjustment; and even a degree of white balance control via options to adjust the offset and gain of the red, green and blue colour elements. 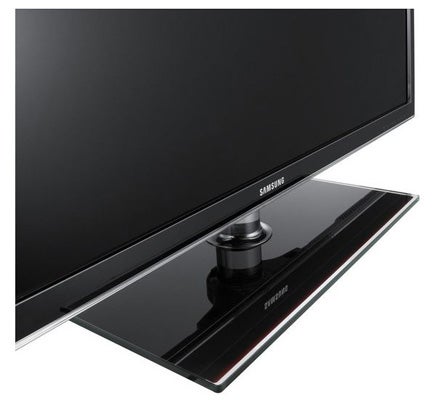 There are a couple of noise reduction systems available too, and finally we were pleased to see that the screen employs Samsung’s excellent ‘e-Manual’ system, whereby onscreen descriptions of what features do appear when you highlight them with the menu cursor. We strongly expect this to become a standard TV feature in the future.

So far, aside from the missing Freeview HD tuner, the 32D5000 hasn’t really put a foot wrong. And for the most part this handy trend continues into its performance.

For a start, the screen’s brightness level is exceptional for such a cheap set, driving pictures off the screen with easily enough intensity to grab your attention even within a really bright environment like a kitchen or conservatory.

What’s more, the brightness is put to great use in ensuring that colours are propelled forth with a level of vibrancy you just don’t usually see on sub-£350 sets. What’s more, these colours aren’t just vibrant; they’re also exceptionally and consistently believable in tone, as well as being immaculately rendered to the extent that blends and colour shifts aren’t produced with any obvious striping or blotching. 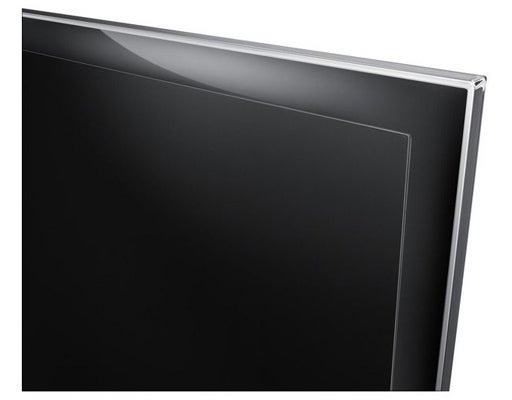 Another area where the 32D5000 delivers when many rival sets of a similar price do not is HD sharpness. Despite the screen only being 32in across, you can clearly and instantly perceive the difference between standard and high definition content, easily picking up the extra detail and clarity that’s abundantly apparent with the HD format.

That’s certainly not to suggest that the 32D5000 is in any way a poor standard definition performer, though. On the contrary, its upscaling processing is excellent for such a cheap set, leaving standard def sources looking sharper than they would normally, and achieving this without exaggerating source noise.

The only catch with the 32D5000’s general sharpness is that it makes the lack of an HD tuner look all the more unfortunate. Or to put it another way, not having an HD tuner in a TV capable of producing pictures this good just feels wrong.

The image’s clarity doesn’t collapse horribly when the screen has to cope with lots of motion either. Sure, there’s a little resolution loss. But it’s not severe, doesn’t make small movements look laggy, and isn’t accompanied by trailing motion artefacts. There’s nothing to worry about in judder terms either.

So far the only picture element we haven’t touched on is black level response, an area that regularly – almost routinely – troubles edge LED TVs. But while black levels are the 32D5000’s least successful picture element, the set still shows dark scenes better than would be fair to expect given the set’s knock-down price.

The problem isn’t that the 32D5000 can’t produce a good, deep black colour. In fact, its black level response humbles many sets costing twice as much. And it even manages to avoid looking hollow in the darkest parts of its pictures, despite having to sacrifice brightness to achieve its black colours. 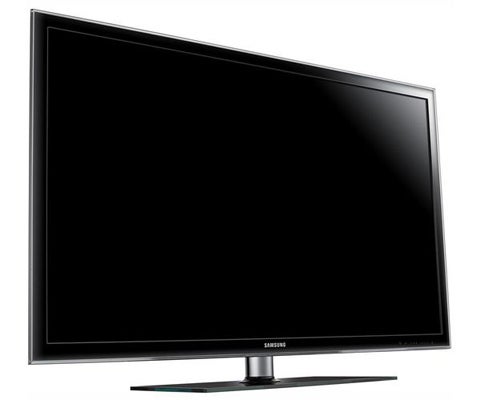 Where the 32D5000 struggles more is in achieving backlight consistency. Using any of the provided image presets, which all keep the backlight setting extremely high, dark scenes can suffer with areas of the picture that look notably brighter than the rest. Fortunately, though, you can massively reduce this issue to the point where it becomes negligible by reducing the backlight output setting to around its halfway mark – or less. With this in mind, it’s worth noting that even at half backlight strength the picture still looks punchy and dynamic even in a pretty bright room.

First impressions of the 32D5000’s audio are underwhelming, as its sound appears flimsy, thin and contained. Surprisingly, though, the 32D5000 turns out to be one of a very small number of thin, relatively small TVs that benefits from being run at loud volumes, at which point the soundstage becomes more open, clear and detailed – if hardly reaching hi-fi levels of loveliness.

Finally, the UE32D5000 can be considered a perfectly respectable gaming monitor option, since its input lag averaged just under 40ms during our tests.

Verdict
If you’re after the last word in 3D and Smart TV technology, then the 32D5000 is not the set for you. If you’re into good picture quality and stylish design at startlingly affordable prices, though, then the 32D5000 is almost scarily good. Though it’s a shame about that missing Freeview HD tuner…