Samsung makes big claims about this factory-calibrated screen, and its benchmark results proved that the firm’s confidence isn’t misplaced.

The average Delta E of 0.89 is stupendous, and the maximum Delta E of 2.75 isn’t much poorer – it means colour accuracy will be superb across the board.

The colour temperature of 6777K is on the cool side, but it’s still one of the best results we’ve seen, and the brightness of 244 nits is decent – anything above 200 nits should be ample for almost all users. That last figure is paired with a black level of 0.33 nits, which is similarly good. The resultant contrast ratio, of 739:1, is also decent.

Samsung’s screen impressed when tasked with displaying the sRGB and Adobe colour gamut: both of them were displayed with 100% coverage. The latter result is trickier, more impressive, and particularly pertinent for designers. 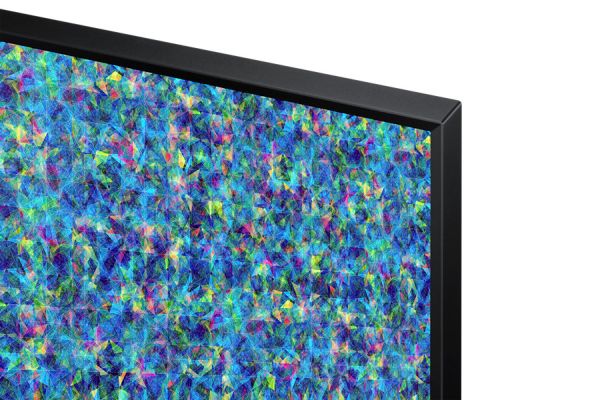 We performed a manual calibration to find out the Samsung’s best-case-scenario performance. Optimum levels were achieved by dropping the green levels by four points, and with these settings used the average and maximum Delta E figures improved to 0.68 and 2.16, with the colour temperature and contrast remaining at similar levels.

Those are great scores, but they’re put into context when compared to the Dell Ultrasharp, which is cheaper than the Samsung. The Dell’s average and maximum Delta E figures of 0.77 and 1.54 were even better, and the 962:1 contrast ratio is higher.

That’s only a marginal difference, and one that likely won’t be noticeable to most users, but it’s important to consider which panel has the best screen quality if you’re buying for complex and demanding image work. 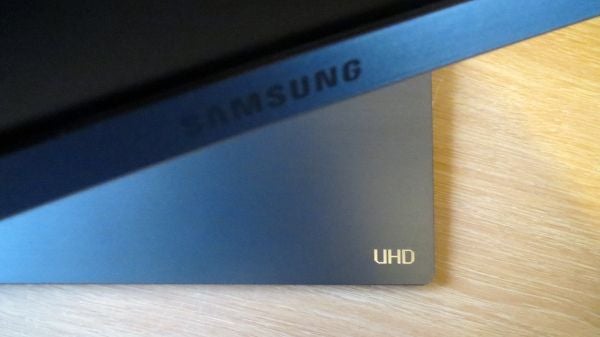 Two of the most important additional modes included with this screen are designed to provide ideal conditions for working with the sRGB and Adobe RGB colour gamuts.

The sRGB mode disappointed with an average Delta E of 4.07, a cooler colour temperature and lower brightness – when the screen can handle 100 per cent of the sRGB gamut out of the box, we wouldn’t resort to this option.

The Adobe RGB mode was better – its Delta E figures barely changed, although its brightness was also reduced to a more reasonable 156 nits, which should be ample for most users. The black point also dropped to 0.22 nits.

The Samsung’s High Brightness option performed as expected: the brightness level jumped to a whopping 324 nits. That’s retina-scorching, but it also caused the colour temperature to leap to a cool 7442K and the maximum Delta E to rise to 4.56. We’d only use this is that extra brightness was really needed.

The other screen modes are designed for various professional spheres. Modes like the EBU, BT.709 and SMPTE-C options are designed to work with the standard colour spaces for various TV systems, from SD to HD, and there’s another that adheres to the Digital Cinema Initiative. Another mode, DICOM, is designed for medical digital imaging and communications. 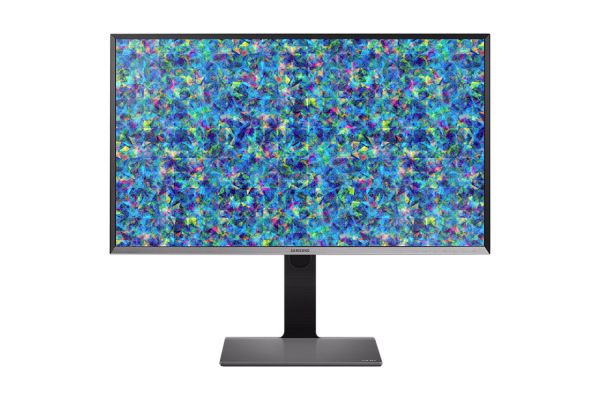 Our benchmark results varied when we tested these different modes: the DCI option dropped the brightness all the way down to 47 nits but improved colour temperature to 6591K, while the DICOM medical option ramped the colour temperature and Delta E figures to 7918K and 8.36. That said, these theoretical results are more of a moot point – these options are calibrated for specific scenarios rather than more standard use, and they’ll likely be appreciated by those who work in these specialised areas.

Larger screens usually suffer with poorer uniformity, but the Samsung proved more consistent than most. Its measured brightness level of 244 nits only dropped to a minimum of 235 nits, which is a reduction of just 3.8%. That’s excellent, and better than the Dell – at its worst extremes the UltraSharp’s brightness dropped by 31 nits from its initial brightness of 237 nits.

These are both relatively minor issues, but it’s one area where the Samsung pulls ahead of its rival – its deviations are so minor that they just won’t be noticeable.

This is no gaming screen, so having rapid response times isn’t a primary concern. That hasn’t stopped Samsung delivering with this screen: on the default setting, Faster, the UD970’s average response time of 29.6ms will be enough to sate all but the most demanding of gamers. 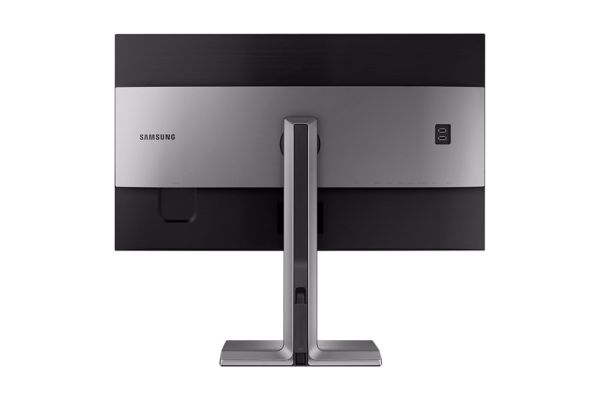 Windows’ support for high-resolution displays is slowly improving, but it’s still not quite there – third-party applications in particular suffer if they’ve not been updated to support such a huge number of pixels. Some software appears so small you’ve got to squint, and in other applications the page furniture is scattered or overlapping.

It’s not the fault of Samsung, but it’s something worth considering if you’re going to rely on particular applications when using a 4K panel.

Should I Buy the Samsung UD970?

Samsung’s latest takes aim at the serious work market and, in the process, has produced an impressively well-rounded screen.

Its colour accuracy is top-notch, it’s got good contrast, and its uniformity is particularly impressive – few other screens manage to maintain such consistency. It also renders both the sRGB and Adobe RGB gamuts with 100 per cent accuracy, which is something that Dell’s screen couldn’t manage.

The Samsung UD970 excels with several colour modes designed for specialist scenarios, from TV and film production to medical use. They’re an impressive inclusion, and they’re backed up by calibration software. The UD970 is versatile on the outside, with numerous movement options.

Dell’s screen doesn’t have quite the same level of versatility or uniformity, but it fought back with marginally better colour accuracy. It’s a little cheaper, too.

It’s a close-run thing between these two screens, with little to choose between the two panels. Samsung wins on versatility and uniformity, and its specialist modes will appeal to folks in those fields. Dell’s screen, however, has slightly better image quality and a lower price – so it’s still our 4K choice.