Samsung’s latest screen is aimed squarely at professionals, but this is no standard office panel. For starters, the UD970 costs £1700 – a price that’ll put it out of reach for all but the swankiest desks.

That’s a lot of cash, but this monitor ticks all of the boxes. It’s a huge 32-inch panel with a 3840 x 2160 resolution, and this 4K screen boasts that it covers almost all of the Adobe RGB colour gamut – ideal for complex colour work. It’s calibrated at the factory, with a claimed Delta E of less than 1. 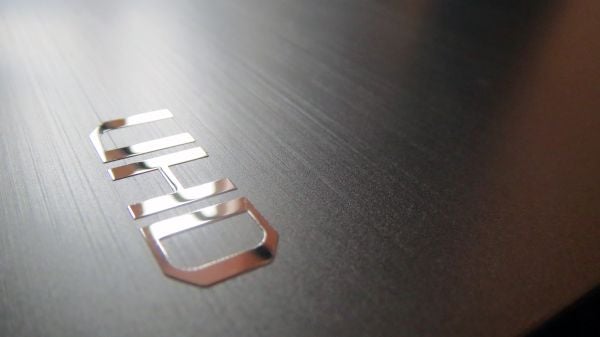 Evidence of factory calibration is included in the box, because a comprehensive sheet of test results is provided with every screen. It covers, Gamma, uniformity, greyscale and Delta E, and it’s handy – while Samsung uses the same kind of panel inside every screen, there will be minute differences between every part.

The factory calibration isn’t the only helping hand provided. Samsung’s Natural Color Expert Pro software can be used to calibrate, test for uniformity and verify the screen’s settings, and an embedded Samsung chipset is used to help keep calibrations accurate.

On the inside Samsung has deployed a PLS panel with an LED backlight. That’s a different approach than Dell, which uses an IPS screen inside its UltraSharp UP3214Q – a competing panel that was originally pricier than the Samsung but can now be found for around £1,400. The Samsung-made PLS technology is an interesting counterpoint to IPS, as it usually provides better brightness while maintaining good viewing angles.

On the outside, the UD970 continues to impress. It’s got the full gamut of movement options: it swings round into portrait mode, which is something the Dell can’t manage, and there’s 130mm of height adjustment and 60x of left-to-right swivel. The screen tilts forward and back, too.

The good build quality is reassuring, as it means every movement made with this screen felt solid – whether it’s swivelling to portrait mode or adjusting the Samsung’s height. That strength is paired with subtle good looks, with a brushed metal base and darker material elsewhere. There is one downside, which is weight: the Samsung tips the scales at 13.7kg, which is a little more than the Dell. 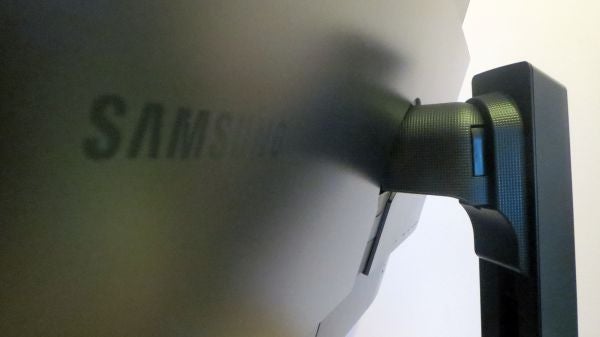 Few screens are as simple to set up as the Samsung: haul the panel from its box and you’ll find the stand already attached, so it’s a matter of putting it on the desk and plugging everything in.

The UD970 picked up our DisplayPort cable straight away and reported to the desktop, and we like Samsung’s on-screen display. It deploys the extra resolution of 4K to ensure it’s sharp rather than pixelated, and it’s consistently quick – we were zipping through the menus with little delay.

It’s laid out sensibly. Most of the important options are found inside the Picture menu, and a key to navigating the OSD remains on-screen for the duration.

The most common options – including volume, brightness, source and the screen mode used – can be adjusted using a row of quick settings that appear as soon as a button is pressed, so there’s no need to delve into the main menu.

The buttons are physical rather than touch-sensitive, and they’re underneath the main bezel with corresponding icons on the front of the bezel. They’re snappy, and easy to use. 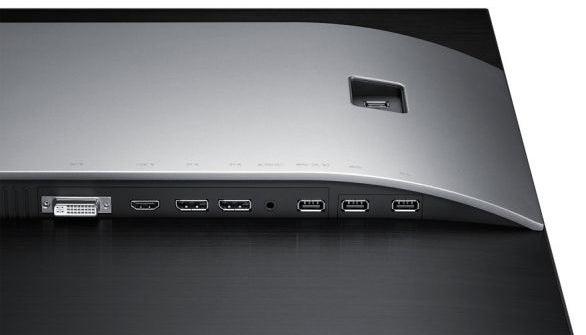 The ports aren’t quite as easy. Two USB 3.0 connectors are on the back of the screen, but two more face downwards, so they’re not easy to access. Everything else faces downwards, including the HDMI 1.4 port and a pair of DisplayPort 1.2 connectors. Like the Dell, there’s no sign of HDMI 2.0, which means DisplayPort use is vital to get the most out of this monitor.